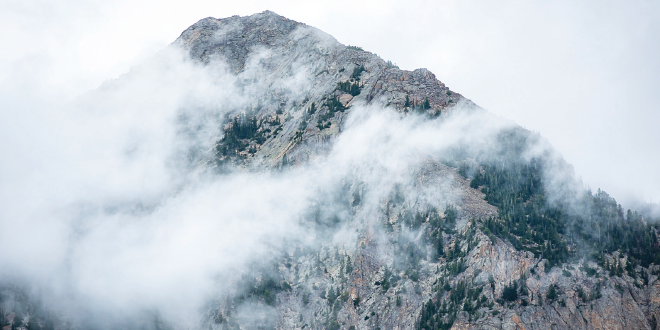 The unthinkable was thought about last Monday.

No, I’m not talking about the social media pounding of the valley’s most conservative columnist by many who consider themselves conservative. Nor the apparent surprise by some that I am not of a fan of certain actions taken by the Trump Administration and would actually write about them in an editorial. Or the essay in Newsweek by Yale epidemiologist Harvey Risch arguing the benefits of hydroxychloroquine in the coronavirus fight despite the politicization of the medicine.

No, the unthinkable talked about Monday was that the community should start pondering what happens if the ski area doesn’t start spinning its lifts this November. What the…?

The broad community through the One Valley Leadership Council has started to talk about the possibility. And the Crested Butte Town Council broached the subject in a work session on July 27. While difficult to comprehend, the reality is such that it is wise to start considering all possibilities.

The best case scenario discussed was that we enter fall in the same state we are in now—a so-called Blue risk assessment level that allows business, including the ski area, to be operating within certain restrictions that include capacity limits and social distancing protocols. The worst-case scenario is that we start seeing massive bumps in COVID-19 cases that fill the hospital and shift us to the Yellow, the Orange and the Red risk assessment levels. Red is where we were last March when the ski area, along with almost everything else, was closed and we were basically quarantining inside our homes.

Honestly, as an enthusiastic resort skier I have had a mental block about that bleak future possibility. We are a ski town. The rhythm of life has a decent snow falling sometime around Halloween, activity in the Mt. Crested Butte Base Area in early November and a thin but skiable snowpack by late November. I figured we would determine how best to “flatten the curve” of this virus, take some hard but appropriate measures and get back to a near normal life by the fall—you know, like New Zealand or Germany. But we are a bigger country under more questionable leadership that has led us to the land of constant uncertainty.

The local Crested Butte Mountain Resort crew has been pretty silent on what to expect because I don’t think they yet know. The higher-ups with Vail Resorts are watching how their winter resorts that are open in the southern hemisphere are operating to get tips on how best to make it work for us. And by us I mean their Vail Resorts operations that spread all over America and Canada. As can be seen on this page, VR CEO Rob Katz released a letter confirming that uncertainty on Wednesday and calling for continued vigilance. One fear being whispered is that CBMR is a small blip in the corporate spreadsheet and focus might be sharper in places like Vail, Park City and Breckenridge instead of the resort described Monday by a council member on a separate but related topic that is located “in the middle of nowhere.”

I’ve lived here a long time but am having a hard time trying to wrap my head around a winter without the lifts spinning. Have we reached enough mass to remain quiet but vibrant in the valley for a winter without lifts? Can businesses we love make it through a ski season with half or 25 percent or even less of the normal tourism numbers? Can we morph into the center of all things Nordic and backcountry for American tourists who love to get outdoors in the winter? And if so, will we be allowed enough capacity in our restaurants, lodging and shops to service those who do come here?

Okay, I’ll stop there because it is still July and I was sweating sitting in the sun Monday morning having coffee. The trails are tacky, the leaves still green and the forests lush. Even in a pandemic, we are in a great place at the right time to ride it out. We all just wish the ride will end before November.

Summer is special in this valley. But I just can’t yet fathom that worst-case scenario for the next ski season. Hopefully I won’t have to—but a tip of the hat to those who are starting to think about the reality of how best to handle it if doesn’t change or it gets worse.

In the meantime, I’m not that worried about filling pages this week as some of the social media pounding of both me and our conservative Notions columnist (his latest column is on page 22) also came in the form of letters to the editor. So pick up a bag of popcorn, turn the page and take your mind off the potential of a ski season without lifts. Out of tightly wound anxiety can come distraction, at least for a while. Enjoy the high mountain days of summer…