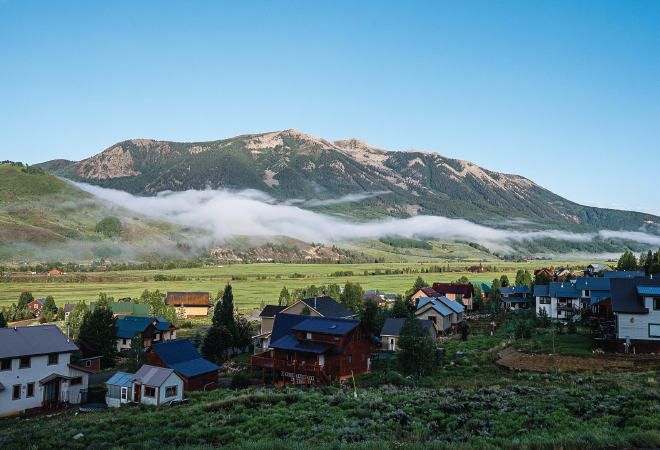 There are lessons in the past and always hope in the future. The pandemic has certainly thrown a wrench into both history and what lies ahead, so there is no shortage of things to anticipate in the coming days. The key is to learn from history and make good decisions based on past outcomes. That is true whether deciding how to open the schools this fall, figuring out how affordable housing can be built in the valley through cooperation instead of sniping, or determining best practices to get the ski lifts spinning this winter. Here are a few things to keep an eye on in our immediate future.

—Vail Resorts closed two of its three Australian ski resorts last week. Falls Creek and Mt. Hotham in Victoria were closed after local restrictions were put in place. Vail is obviously taking a conservative approach and keeping safety of employees and guests at the forefront. It is something for us in Crested Butte to certainly keep an eye on. “In this moment, with all that is going on in the world, we feel Labor Day is a much better time to have a conversation with our pass holders about next season,” said Vail Resorts CEO Rob Katz on an earnings call with investors at the end of April. As more and more is learned about this virus, the actual skiing part is probably pretty safe. The other stuff that is part of tourism skiing—the restaurants, the buses, the planes getting here, the bars at night—present the problems. We all need to keep an eye on how we can help a winter ski season happen in this ski resort community.

—Here’s one idea from Donald’s administration: The director for the Centers of Disease Control and Prevention, Dr. Robert Redfield, this week pleaded with Americans to put on a mask to slow the spread of COVID-19. He said that if that happened, then “over the next six weeks we could drive [the virus] into the ground.”

Heck, I honestly have no idea if that would work. But to do a six-week experiment that seems a bit inconvenient but relatively easy for most—and that might hit a homerun so we can see the results before Labor Day when the head of Vail Resorts wants to talk ski season and kids want to be back in the classroom shouldn’t be a divisive, culture war type decision.

—The money response to the coronavirus and what future response is made could be interesting. Local employers have said to me that it is harder for them to get people to work this summer since the federal unemployment subsidy has made a pretty good paycheck for people who would rather ride their bike than wash dishes (that might include me, by the way). That $600 per week on top of state unemployment money has had an interesting impact and business owners are keeping an eye on that to see if it is renewed.

Meanwhile the Colorado Sun compiled a list of all the businesses in the state that received the PPP loan that might be more of a grant than a loan. When the list was published, a few people asked me why one of the largest awards in Crested Butte went to a business called Nations Best Holdings that had the address of a house near Totem Pole Park. I emailed the CEO and founder, Chris Miller, from the company website that listed its headquarters in Dallas. He responded and explained, “The reason our PPP loan was done in CB is because that is where my corporate office was established at that time. Our operations consist of hardware stores and lumberyards in Texas and Oklahoma, and we just recently established a new corporate office in Dallas.”

—Anecdotally I hear how the coronavirus crisis has shown people how they can work from home, and this valley makes a mighty fine home to work from. So I totally understand that people who would rather be here than in say, Houston or LA are figuring out they can make a living surrounded by pretty peaks where they can hike with the kids instead of dealing with hot concrete and long commutes while watching their children’s birthday parties on social media. It will be interesting to see if that theory of more lone eagles or those on the corporate track with their bosses’ okay figure out that life is more than making tons of money—it is more about time and experience. Keep an eye on that potential change and what it means for our community.

—Had a pleasant conversation with Gary Gates this week over a cup of coffee and he is stoked to finally be actually building an affordable housing project in the valley. It is not the Corner at Brush Creek but it is basically the show model to perhaps get there. The “Paintbrush” project on the north side of Gunnison will crank into high gear this week and he hopes to have local workers living in the 77 units in well under a year. He invites people to keep an eye on Paintbrush so he can prove that many of the concerns voiced by people about the proposed Corner at Brush Creek won’t come to fruition and he can prove that his group can pull off a quality project that houses members of the local workforce. If there’s one thing I’ve seen with Gary over the last few years, it’s that the guy is a grinder. He doesn’t give up easily. The Gunnison housing project is something to keep an eye on at his invitation and I’m sure we all will.

—According to the Associated Press, protesters who have clashed with authorities in Oregon are not just confronting local police. According to the AP, “Some are also facing off against federal officers whose presence reflects President Donald Trump’s decision to make cracking down on ‘violent mayhem’ a federal priority. The Department of Homeland Security has deployed officers in tactical gear from around the country, and from more than a half-dozen federal law enforcement agencies and departments, to Portland, Oregon.

Using federal troops to police Americans doesn’t seem all that … American. That is definitely something to keep an eye on as Donald is in his comfort zone with mayhem and distraction.

—The North Village project in Mt. Crested Butte is reaching the point where the Town Council gets to decide whether to move ahead with real dollars committed to the process. They’ll be talking about it Tuesday. It seems there continues to be future opportunity for a real public-private partnership that could result in significant workforce housing, parking at a currently congested trailhead, recreation opportunities and a pretty low-impact and low-density development. The devil is always in the details but watching from the 30,000-foot level, there appears a chance to strike a good partnership and see how collaboration can result in the proverbial “win-win” for everyone.

—The upcoming Gunnison County commissioners’ election will be interesting. As it is still early, everyone involved is pledging it will be a respectful, clean, issues-oriented race and I always take people at their word until they break it. The new GV2H PAC has made it clear it wants to play a role in the race so it will be interesting to watch how this all shakes out, as I am sure the PAC won’t be spending its money and influence on the people currently sitting on the board. This is something all voters will be keeping an eye on between now and November.

There is no shortage of issues that lie ahead. Pandemic, drought, elections, keeping local workers living near their local jobs, making sure the country doesn’t slip into authoritarian dictatorship. You know, the little things.

Here’s to once again being fortunate enough to live in interesting times.

Share
Previous Working it out—Part II: Public use on private property
Next FISH ON