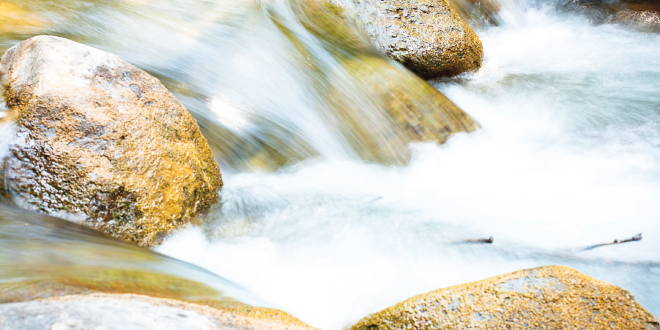 More than once on Monday night the importance of messaging and having a productive conversation was discussed in terms of the Black Lives Matter movement in Crested Butte.

There is a difference between asking someone to have a serious conversation, to reflect on a situation and then helping them to reach a place where they support significant change—versus telling them they’re antiquated and out of touch, muddling the situation and if they don’t change or get the hell out of the way, they’ll get steamrolled by the good people doing the virtuous work.

That’s the conflict seemingly rising at the Crested Butte Town Council level right now, primarily through mayor pro tem Will Dujardin, who on Monday insulted some of his fellow council members out of frustration that the Black Lives Matter discussion doesn’t appear to be moving fast enough. But the council’s seven members, the staff, the town and its citizens, as a general whole, appear ready and willing to take stock of where they are when it comes to the uncomfortable topic of racism in this community. It isn’t happening with the snap of a finger but it is happening. Most are ready to open their eyes to what has been a blind spot within the community unless you are a Black man or woman dealing with both subtle and not so subtle racism. Awareness is the necessary first step to fixing a problem many didn’t even realize existed.

Locally, the Black Lives Matters concept is still searching for a clear, unified Crested Butte or Gunnison Valley message. The initial foundation of that message is that even here in “paradise” there is a race problem and morally, we cannot ignore it. Fair.

Most people understand there is a problem that needs to be solved but how to exactly define the problem and move toward action is in the early stages of process. It has begun with calls from those in the community for individuals and the populace as a whole to take a long, uncomfortable look inside, and see how racism really is part of this valley. The voices at Monday’s meeting  supported and were appreciative that the conversation in Crested Butte was taking place. The formation of a community subcommittee to draw up concrete action plans toward lasting change is an important next step.

Admittedly, council leaders on the topic, Dujardin and Mallika Magner, are ahead of their council counterparts in terms of awareness on the matter. They’ve been thinking harder and deeper and been more engaged with people of color on the topic since the issue of systemic racism rose to the forefront of national conversation after the death of George Floyd. They are both advocates for community change and good things will come from their persistence. My concern is that being two steps ahead of everyone else might negatively hinder overall progress. It doesn’t have to. Will, for example, called many times for everyone to take part in the “conversation,” but expressed frustration and disappointment when conversation was actually taking place—making it clear it wasn’t what he wanted to talk about.

While appreciating his passion, there must be an understanding that good leadership and actual meaningful change requires communication and listening… which is, yes, how conversation actually works. Look, believe it or not, not everyone in this community is on the same page—and so to get to unified action takes actual work and dialogue despite the frustration and disappointment.

As a council representative many years ago, I discovered early on that trying to force change down someone’s throat without having the hard talk was rarely fruitful, no matter how brilliant the idea. But if advocating for even radical change you talked to those opposed to the idea, that outreach and effort went miles toward accomplishing goals with a positive halo. People appreciate being listened to.

Will seems ready to skip the hard work of communication out of a sense of righteousness and doesn’t seem interested in engaging disparate segments of this small town. I agree that the sooner the racial problem is addressed and fixed, the better, but it has to be done constructively in order to last.

Implementing plans like examining how to be more inclusive to all who wish to become members of this mountain village; painting the street with a mural honoring those Black people who have unjustly died at the hands of those sworn to protect and serve; determining ways to welcome more people of color as both visitors and residents—are all goals I see happening and happening soon. Getting there will take effort. But hey, the next meeting isn’t for three weeks. A lot can be accomplished in that time if the work is done.

Both the uncomfortable conversation and the coming changes, whatever they ultimately end up being, can be good, positive improvements based on where we are now. If the conversation is waved off out of frustration, if change is not done with an attempt at community buy-in, and if action is taken carelessly with a message of basically ‘Get out of the way, old man,’ then how good and how lasting will the change really be?

Shepherding even robust change starts with new kernels of awareness and that happens through dialogue. That is happening now with the local racism issue. Positive, durable change comes from cooperation, collaboration and most of all, respectful communication. Will missed the mark on those points Monday at the end of the meeting.

Even in a revolution, lasting transformation takes real work and unity. I’m excited to see where this goes.

Share
Previous Students head back to school on August 26, in person
Next EnJOY BIKE