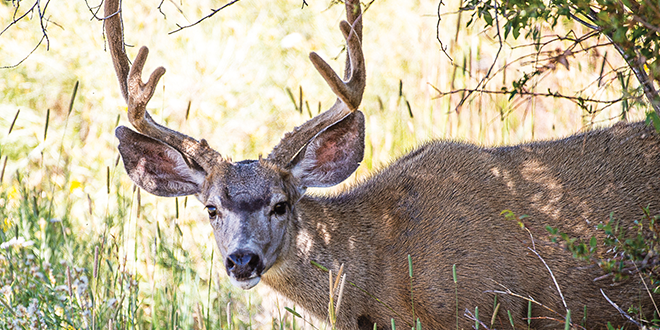 The chaos doesn’t seem to be letting up, in or out of the bubble. Wildfires are chewing up the West, floods and hurricanes are chewing up the South. The presidential campaign is chewing all of us up and we don’t have much perspective yet on the local ones, except that the Republican running to represent us in Congress packs heat.

There’s a global coronavirus pandemic, racial unrest and awareness across the country, and the Crested Butte street mural will resemble a Pittsburgh Steelers sign with its gold and black motif. Houses are on the market in Crested Butte at record prices and selling in about three hours in bidding wars. The Slate River is as low as ever and while we had a nice winter snow last week the forecast looks like June for the next few weeks with sunshine and warm temps.

Looking over the Vinotok “Legends” altar Tuesday afternoon, a visitor asked what it was all about. I explained that they were photos of community members who had died. “But some of them are so young,” he said.

“Yeah. That’s the way it is here.” Tears and heaviness accompany some of the chaos. Geezus 2020.

Oh, and of course I just read that Mars is in retrograde and astrologically speaking that apparently will bring a new level of chaos between now and November 13. Mars is the god of war after all, and this two-month period is supposed to bring “drama and fiery chaos.” Great. Donald and his team seem to be doing their part already, as they call for their supporters to stock up on ammo and get ready for martial law after the rigged election. Yeah, that guy doesn’t want to panic anyone…

But, we are in the season—one of the best seasons. And we all should consciously choose to embrace it. We honestly have to accept some of the chaos as well, but that is easier if we first embrace the season, because the season is itself a salve that can help keep us sane.

The sun is hanging lower in the sky. The colors are changing. The air is crisp in the mornings and the sky can be crystal in the afternoons. Signs of Vinotok are scattered about the Upper Valley with a Grump at the Four-way and really cool “altars” spread out in and around Crested Butte. You can smell the change in the woods and see the first sign of winter on the peaks.

As the busyness of a hot summer recedes to autumn, it gives locals a chance to breathe and appreciate this place. It is not often I am able to get out of the office on a Monday but this fall Monday was the equivalent of a winter powder day. So I slipped out and onto my bike and within literally minutes was surrounded by nature and a feeling of relaxed escape. We are blessed with the easy access to sacred places.

When riding, I usually click on Strava to record my mileage. I know that is counter to the purpose of escape, but hey, I want to know. What I found Monday was that I wished instead of noting how fast I went, it would record how slow I rode. I did not want to finish. The mid-afternoon temperature was perfect, the trail tacky from last week’s snow and the people I encountered smiling even behind their masks. I should have been rewarded by the app for taking 30 minutes longer than my slowest ride on that trail.

Yes, this is the time of the year to slow down, look around and appreciate your place. The locals deserve it after the frenzy of summer. And just as you thought, it was a frenzy. Sales tax revenue set records over already record months, as did the lodging tax numbers. No one knew what would happen this summer with tourism, given the pandemic, but people came here. My guess is they’ll come back.

So don’t let this season slip by without being a part of it. Step away from the screen and into the golden fall light. Leave the office early. Take an extra 30 minutes from your lunch hour and walk or ride to the sacred places. Get up early and take a walk or force yourself to go outside after work even if you are feeling tired. It is worth it and that time won’t be available ever again.

We are blessed to live or work in a town where you can literally walk from the town hall to an aspen forest or meandering river in 15 minutes. Where else can you ride from a U.S. post office to the edge of a U.S. wilderness area and listen to a soothing waterfall in 30 minutes? It is not difficult to find the mental benefits of nature right now—and you don’t need to drive an hour to a crowded trailhead to experience it. And Lord knows the feeling of chaos or the sadness from missing the community “legends” gives you a reason to seek out that natural therapy. Take advantage of the healing and opportunity to stay sane. Find the quiet, the peace and the music of nature. It is there if you take a breath and follow your heart.

These are the days. This is one of the places. And yes, the days and the place are changing, which is even more reason to get out there. Share it with one of the new people who have moved here recently and show them the sacred inherent with this season in this place. Let them experience why the slow-season (except for the weekends) is their time and why this place at the end of the road is different—even when Mars is in retrograde.

It may not always be easy in these weird times but we are more fortunate than most in that we still have a lot for which to be grateful. And this is one of the times we are reminded of that by simply walking outside.

These days will not last forever but they are here now. Do what you can to be part of them.

Share
Previous Masking up: Tens of thousands of face coverings distributed
Next GLIMPSE OF CB NORMAL