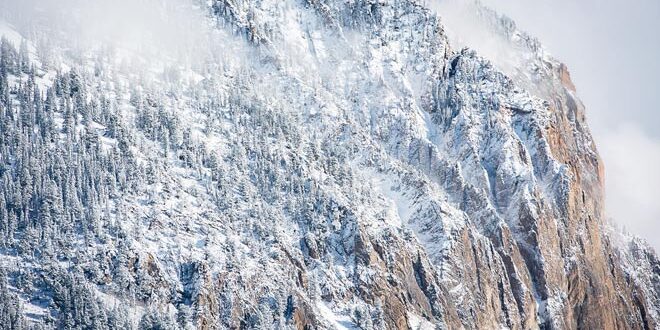 Feel confident that your vote is legit

Spending a chilly Tuesday morning in Gunnison County’s Election Central was a good way to mark some time a week before Election Day. I came away confident that your vote, whichever way you cast it, will be tallied fairly and accurately. In fact, it seems Colorado in general does a pretty fine job of allowing citizens of this country to do what they should do: vote for their political representatives. For that we can all be grateful.

It is pretty clear and unfortunate that not every place has the same ethic. There are states where it appears the goal is to make the puzzle as hard as possible for people to vote. Like some Third World country, the Republican governor of Texas is limiting all counties in the state to no more than one drop-off box for ballots. Harris County, with a population of 4.7 million people, has the same number of drop boxes as Crested Butte South. Ohio has similar restrictions in place.

Voter suppression tactics include things like purging voter rolls, eliminating voting sites and moving remaining ones far away from poorer neighborhoods, requiring identification that not everyone has, and eliminating voting hours that make it easier for working people. This year California Republicans set up fake ballot collection boxes. Right-wing groups threaten to wear their firearms and challenge those on Election Day that they do not believe are legitimate voters.

Colorado is a leader among open and secure elections. It was one of five states before the coronavirus pandemic that voted by mail. Every other state should adopt the core elements of Colorado voting. It should be easy to vote, not a labyrinth with no end.

Colorado election officials confirmed that some nefarious hacker tried to break into the state election system last week but was not successful. The state has top cybersecurity measures in place. Colorado makes it easy to register to vote up to Election Day. The state sends ballots to all registered voters. It audits its elections and those audits have shown consistently accurate results.

A key element of an accurate vote in Colorado is the signature verification located on each return mail envelope submitted with the actual ballot. Watching the process Tuesday morning was impressive between the technology and the bipartisan human teamwork. The signature-scanning machine at the Blackstock Government Building compared a voter signature on file to the signature that arrived with the current ballot. If there is a concern that the signature doesn’t match, the ballot will be pulled out and election officials—who include members of both the Democrat and Republican political parties—investigate to make sure the signature belongs to the person voting.

Looking at signatures, no matter how scrawled, it was evident to me that people use the same style every time they sign their name. If there is a conflict, county elections director Diane Folowell explained that it would be resolved with a letter to the voter asking them to provide another example of their signature and a copy of an acceptable ID before their vote is counted. If there is another issue, the voter is contacted and given time to remedy the issue so his or her vote will still count.

Of the approximately 900 ballots I saw get scanned Tuesday, six were segregated and taken care of by the officials. County clerk Kathy Simillion said the number each day ranges between zero and seven. It’s not too much of an issue but every issue is addressed professionally and painstakingly.

The fear, of course, is that other states that are not used to our efficient and accurate system will get bottlenecked. The Republican-controlled legislature in Wisconsin, for example, will not allow early ballots to be tabulated until the actual Election Day. That antiquated law can only serve the purpose of gumming up the works and making a reliable count nearly impossible on Election Night. It’s an easy fix, but why fix something that might not go your way? Each ballot takes a little time to open the envelope, verify the signature, separate the ballot from the privacy sleeve and feed them through counting machines. But waiting to do it for millions of ballots instead of doing it as they come in as we do in Colorado, is asinine. And then of course Wisconsin won’t let any ballots not in the room by Election Day get counted even if postmarked in time—despite a feeling the U.S. Postal Service is moving a little slow these days. Which leads to the perception of after-election shenanigans that everyone expects.

Donald and his lawyers have made it clear one of their tactics to win the election is not so much to get the most votes but rather to challenge every vote that doesn’t have a checkmark next to his name. He constantly questions the legality and honesty of mail-in ballots, thus setting up a storyline of fraud and a stolen election.

Donald’s allies such as the conservative Heritage Foundation scream that mail-in voting can be full of fraud. But its own research indicates in the past 20 years, 0.00006 percent of all mail-in ballots cast were fraudulent. One of the Foundation’s co-founders, Paul Weyrich, once told a group of evangelical leaders, “I don’t want everybody to vote,” because “our leverage in the elections quite candidly goes up as the voting populace goes down…”

There it is. If everyone votes, that’s not good for the Heritage Foundation. But this is America, people. Put safeguards in place like Colorado to verify voters. Make it easy for people to participate in the democratic process. Count ballots in a logical manner. Give all citizens of this country the opportunity to have a say in their government.

Polling sites should be open, free and fair environments where people can cast their ballots and have their voice heard while feeling safe and proud. That is what I saw Tuesday in Gunnison County. Whether you voted for Joe or Donald, Jonathan or Trudy, your choice will get counted fairly.

As for the other places, it seems between COVID and a heated presidential election, the early turnout is huge. Good. Despite some blatant efforts to make voting hard, people are elbowing through the obstacles and casting their vote. That’s the way it should be in America.