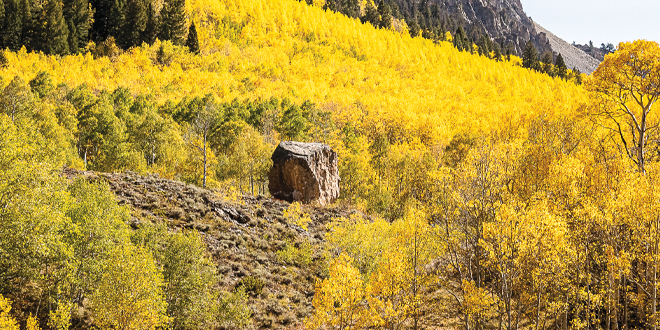 My guess is that given the perceived cluster of the national election, most people who get their ballot will fill it out and return it within a couple of days. That is a good thing. So we’ll make our Gunnison County commissioners endorsements early.

One thing I really like about living in a small community is that people honestly care about the place we all live. When it comes time for an election, it is rare to see someone step up who doesn’t sincerely want what is best for the community. We are fortunate enough to again have that element in this year’s Gunnison County commissioner election.

The four candidates—Jonathan Houck and Trudy Vader running for the District 2 seat and Dave Taylor and Liz Smith running in District 1—all appreciate and love this place. All four want the best for the county. All understand this valley is changing and those in county politics have some sway over how those changes take place. So every one of them tout affordable housing as a priority. All understand that too much tourism can have negative impacts on the backcountry we appreciate. All see the results of climate change up here and vow to keep the issue front and center.

So when it comes to endorsing a candidate for both the commissioner seats, details and nuance matters. And the nuances lead me to support incumbent Jonathan Houck with his knowledge and experience and Liz Smith with her inquisitive mind and grasp of the political realities that come with a complex job.

Dave Taylor seems a really nice guy who does a lot of good things for the Gunnison community. He has a long business background, cares about people and place and he is a community asset. Trudy Vader is sincere and also loves the community. While a bit rougher around the edges in her delivery than Dave, she has gotten out to meet voters and has not forgotten the small pockets of the county in places like Somerset and Pitkin. She seems to value collaboration as a high priority. But campaigns are meant to get a feel for how a person would act as a representative and both have made me raise my eyebrows over a few significant issues.

Both Trudy and Dave have strongly criticized the county and their opponents for spending or supporting the spending of $1.8 million to “land bank” 13 acres of property south of Crested Butte. They both take the position that the money would have been better spent on putting up housing immediately. For me, that brings to mind the experiment where a kid can choose between getting a little cupcake immediately or waiting 20 minutes and walking away with a rack of baked goods. They prefer the cupcake and that bothers me. Considering quickly rising property values, the $1.8 million could maybe be enough to buy a half-dozen condos in the north end of the valley. But with some vision, the 13 acres, which have certainly already increased in value, might be the linchpin in making the Corner at Brush Creek proposal actually work with density comprised of hundreds of units and real amenities for the residents if a master plan can be developed in the near future. It could, with dedication and hard work, help make a controversial project a walk in the park… the park in a new affordable housing neighborhood in the north end of the valley.

Frankly, the county was ahead with its housing goals with the Corner at Brush Creek project when that proposal eventually fell apart through process, wrong assumptions and personalities. I publicly criticized Jonathan during that period and he has since admitted he bears some ownership of that project being derailed. But he says he learned a lesson from the whole affair and won’t make the same mistakes again. That is a characteristic of a good leader and he has pledged to get housing units up there in the next term.

Dave’s accounting background also seems to have sent him on a quest to find something wrong with the county budget. The county budget is tight. So he has focused on the Tourism and Prosperity Partnership, calling TAPP a “bloated” organization that he indicates is inefficient. I see it the other way, in that TAPP is perhaps too efficient and successful, given the lodging numbers that continue to show significant increases and have outperformed similar mountain communities during the COVID-19 crisis. Bringing people here is the primary job of TAPP and lodging numbers measure success. The numbers paint a picture of successful outcomes based on its mission. While I could support disagreement with some of its mission—especially in bringing more people here during what used to be off-season—Dave’s critical focus on TAPP seems off-kilter but was an early topic of the second homeowner PAC and is sticking in the craw of a former tourism association leader.

Trudy seems latched on to the commissioners overturning a county Planning Commission decision with the location of a possible landfill near Gunnison. She used the term “shady” about the commissioner decision at Sunday’s forum. I didn’t closely cover that issue but the bottom line is that tough decisions will get made and the commissioners have to make them. They are not always popular. That doesn’t mean they are shady.

And finally, despite being explained more than once, Trudy and Dave can’t seem to accept that Local Marketing District tax dollars cannot be used for building affordable housing because of Colorado statutes. It keeps coming up but it is a non-issue. They also seem to want to roll the dice more and push business openings beyond current health restrictions, while Jonathan and Liz want to “stay safe to stay open,” which has clearly worked for our county compared to most others.

The bottom line is that Houck has consistently proven himself a good leader for the county over his eight years. While not without fault, he is prepared and knowledgeable about the issues that come to the county. He has used his platform to bring awareness and money from the state for issues that impact Gunnison County. His demeanor and work ethic make him a natural leader and a good representative at the Board of County Commissioners. I love his role in working with diverse groups to accomplish real results such as with the Gunnison Public Lands Initiative (GPLI), the Gunnison Sage Grouse Strategic Committee, and the CORE Act efforts. When he does take a misstep, he owns up and learns from the mistake. His ability for being able to voice positions in a smooth and cogent manner has given rise to the charge he is a “career politician.” Well, he is a politician and that is the job all four are seeking. He is good at it and his experience and leadership will be a valuable asset for that board for the next four years.

Liz Smith is not a true incumbent since she was appointed this summer to finish out the term of John Messner, who moved to Denver. She had been involved with the Democratic Party for years while she worked at Western Colorado University. She has since taken to the commissioner’s position and as a young professional understands the learning curve and complexities of the job. Her focus with the Dems was on unity and she is using that mantra during the campaign. While she seems a bit perturbed and even defensive at some of her opponent’s advertising claims, that comes with the job. I’d recommend she lets that stuff roll off her back and move ahead with her goals. And her goals include mitigating climate change, using her contacts at Western to collaborate with future movements that might shore up ranching in the valley, understanding the local Black Lives Matter diversity and inclusivity issue, and protecting public lands in our backyard.

Despite the GV2H Political Action Committee attempt to make this a partisan race, that is not the primary motivation for most voters in a Gunnison County commissioner race. Aside from the hardcore party stalwarts, most citizens look for where candidates stand on the issues and choose a candidate who offers the most pragmatic solutions to problems. Houck has proven he can be a pragmatic problem solver who works hard. Smith has indicated she values unity so will not stray too far to the edges while bringing youthful vibrancy to the board.

The GV2H is actively supporting Vader and Taylor and they have both spent time and energy with the group and its leaders. But both promise they are not beholden to the new second homeowner committee that originally set a goal to raise $3 million to influence local governance through politics, lobbying and potential legal action. I take them both at their word.

All four candidates have the best intentions for the county. But Houck and Smith have a better grasp on the complexity and nuances of the job than their challengers and have shown they are willing to take on the workload needed to accomplish long-term goals that benefit us all. For these reasons, I recommend casting your vote for Houck and Smith for Gunnison County commissioners.