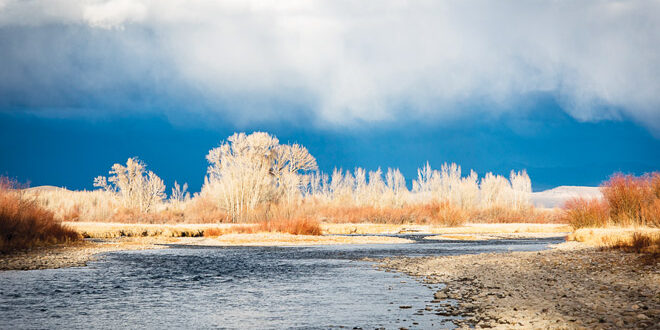 It’s like students at Western weren’t supposed to start acting like college kids, ever. It’s almost like Donald was expected to suddenly be gracious. It’s like no one is supposed to be tired of seeing the same person day after day in the house or consciously standing at least six feet away from another human. Mars is in retrograde and everyone feels it.

But of course, kids at Western apparently dressed up in costume and partied on Halloween. Given the hormone factor, it was only a matter of time. Of course Donald is not gracious with the guy who got more votes than he did. Of course, we all seemed to get a little too relaxed in the abnormally nice autumn weather (until Saturday) and we chilled a bit too much. It’s all fatiguing.

But now we pay the price and get the reminders. The coronavirus hasn’t gone away and suddenly, even here in a diligent county, there are 70 new positives in the first nine days of November—56 of them on the Western campus. The good news is that 75 percent of our recent positive results in Gunnison County were already in quarantine when they tested positive. Contact tracing is working.

The national election numbers were razor-close so people on both sides are still eyeing the other with raised eyebrows and snarky dialogue—if you count social media threads as dialogue. Meanwhile, Donald retreats into his fantasy world and throws a tantrum that chips away at the foundation of what makes this country special—fair and free elections trusted by citizens.

So what is there to do?
For one, follow the science—and the math.

The math clearly shows Donald lost a few key states by thousands of votes, sort of like Hillary did four years ago. The math indicates he will lose this race for president.

Yeah, Donald can file lawsuits and demand recounts. To what end? Distraction as he fires more people? But even Trump Republicans and very conservative websites sort of understand that lawsuits and bluster are not likely to change enough votes to overturn the results. The local election officials from both political parties across the country are exemplary public servants doing incredible work to maintain the foundation of our democracy and they pretty much all say Trump’s claims are fake and insulting. Trust in the voting process is what separates us from everyone else on the planet and Donald is trying to undercut that virtue and trust.

Even many partisans understand reality. This from Donald’s buddy, former Wisconsin Governor Scott Walker: After the recount in the 2011 race for Wisconsin Supreme Court, there was a swing of 300 votes, Walker, a Trump ally, tweeted. “After recount in 2016 Presidential race in WI, @realDonaldTrump numbers went up by 131. As I said, 20,000 is a high hurdle…”

From a Newsmax story on Bill Barr authorizing the government Justice Department to pursue “substantial allegations of voting irregularities” which sounds so Banana Republican: “Biden holds a sizable lead in multiple battleground states and there has been no indication of enough improperly counted or illegally cast votes that would shift the outcome. In fact, election officials from both political parties have publicly stated the election went well, though there have been minor issues that are typical in elections, including voting machines breaking and ballots that were miscast and lost.”

Barr threw out in his memo that the department has “an absolute commitment to fairness, neutrality and non-partisanship…”

The embarrassing tantrum will eventually end and maybe those Republicans who would rather show their belly to Donald than stand up for their principles will remember what country they serve. Maybe. I have faith the Constitution will prevail over loyalty to a demagogue.

As for the science: the Colorado Sun reported this week that citizens in the state “are more likely to encounter someone with coronavirus now than at any point during the pandemic, state health officials say. Hospitalizations because of COVID-19 have surged to a new high. The state’s health care capacity is at risk of being overwhelmed in a matter of weeks.”

But you learn things from science and Colorado Governor Jared Polis said, “Another lockdown—or so-called stay-at-home order—isn’t warranted because of the advances Colorado and the world have made toward understanding and managing coronavirus.”

Testing and treatment for COVID-19 have both improved. Decisions can be made in knowledge gained in research. And the knowledge indicates you don’t get the virus riding the Mountain Express or even eating at a restaurant. “The science shows that the biggest risk for transmission is if you’re in that 10- to 15-minute range within six feet of somebody,” Polis said. “That is what happens in a normal social environment.”
Don’t throw an indoor party!

Look, what we do today—how we handle any situation—will determine our future. On the virus front, follow the science and step back from the recent relaxation mode—social distance, wash your hands and protect others by wearing a mask in public.

On the political front, let Donald go down his apparent dead-end alleys. Surely, someone will eventually explain the math to him or he’ll just slink away to Mar-a-Lago and never come back to the White House from the 19th hole. That’s democracy, sort of.

As was pointed out this week, while the Gunnison County healthcare system is in great shape locally there has been an increase in hospitalizations at the state level. And local officials warn if we can’t transfer intensive care patients in the future, we’re screwed. So stay vigilant.

And Monday night a story emerged that Donald might be starting to accept the numbers. Axios reported Trump has privately mused about running for president again in 2024. So Republicans remain afraid of the man-child and we can be screwed. So stay vigilant.

When it comes to both the virus and the politics…
Be where you are.
Stay alert.
Follow the math.
Follow the science.
And BTW, not exactly science but Mars is in retrograde until November 13. The stars say things should settle down a bit after that date. Just sayin’…