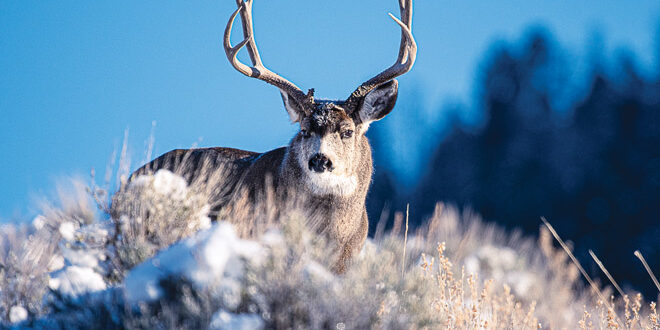 The Crested Butte Black Lives Matter Community Coalition held a Zoom Sunday night titled “Uncomfortable Conversations.” A panel comprised of people throughout the valley who are involved in the local movement addressed questions submitted by the public. The roughly hour-long conversation touched on areas of the community impacted by racism including policing, education and employment.
To the untrained white eye, racism in the valley is rarely overt but members of the local BIPOC (Black, Indigenous, People of Color) community say it is there more than most people admit. Crested Butte and Gunnison are not immune from the virus that is systemic racism.

While at times enlightening, the Sunday Zoom conversation honestly was not all that “uncomfortable.” That might be good news/bad news. The good news is that the topic can be brought up and 40 people will give up part of their Sunday night to listen. The good news is that participants raised issues that people of color deal with in the valley and were not afraid to offer solutions. The good news is the Crested Butte Marshals Department was represented and the department is open to listening to the concerns and being a conduit to itself and other law enforcement agencies in the region to lead by example and address what some community members see as systemic racism. The good news is the Crested Butte BLM group is continuing to explore ways to bring awareness about the issue to the community at large.

The bad news is that from what I could tell, the 40 people on the Zoom did not disagree much in their views, which is fine, but that is the opposite of “uncomfortable.” That’s not to say the panel discussion wasn’t valuable; it was. But its end purpose might have been more to indicate a productive process is continuing rather than holding a contentious event designed to make some uncomfortable, and ultimately more aware.

If you want uncomfortable, then invite people to the panel who don’t think there is a race issue in the valley. Invite the former Crested Butte councilman who lobbied the Town Council for months to paint a Blue Lives Matter street mural on Elk Avenue because he feels Black Lives Matter being there is a tribute to a violent, anti-police organization. I don’ t agree with his perspective but having the discussion would definitely be uncomfortable. Would it help change minds? Probably not, but with open minds, it might help with understanding.

Or maybe in this relatively liberal valley there is enough community intent to try to be aware of systemic racism so that we can continue the work through the system without being “uncomfortable.” It appears the local BLM group can work with the area governments to bring better awareness and fairness to policing issues. And from there, work toward being a community more consciously welcoming to diversity. The group can work with the local schools to not erase or rewrite this country’s history but bring a broader, clear-eyed perspective to that history that reflects the experience of Black and Indigenous people as well as the historical narrative of the white European settlers. The group can collaborate with those in the tourism industry to bring more people of color to the outdoor spaces that define this place high in the Rocky Mountains.

In other words, it can shift the systemic part of the issue. This journey that started en masse with the death of George Floyd has brought upheaval in the world, the country and this community. For some, myself included, it has been the impetus to read and question and try to understand what the phrases “systemic racism” and “white privilege” mean. While opportunity may be available for all, I understand that I have certain advantages based on the color of my skin and economic foundation. I know I may write things that unintentionally upset members of this community who have to struggle more than I see just to be members of this community. While I have told my kids to be respectful if confronted by a cop, I have not felt the need to have “the talk” that every Black parent has with his or her children. I do not worry that my kids will be targeted by police or vigilantes and possibly die because of the color of their skin like George Floyd or Elijah McClain or Trayvon Martin did.

Chloe Bowman has emerged as a leader of the local BLM movement. She has a lot more energy than most and is juggling a lot of balls in the air with her new role. She started a new non-profit, the Melanin Mountain Project. Its mission as stated on the website (melaninmountainproject.com) is to “implement grassroots structure and action within the Gunnison Valley of inclusion and equity through existing systems, community traditions, entertainment and outdoor spaces for people of color.” Fair.
As I read it, Chloe’s goal is to move the system so that instead of “systemic racism” that is oftentimes almost impossible to detect, this community aspires to “systemic inclusion and equity.” That’s not only fair but is a hopeful goal that reflects brightly on all of the people that are part of this place. There is nothing uncomfortable in that.

The bottom line is the BLM conversation is persevering in this community. Chloe describes it: “While there is still a lot to do, we are on a moving train at full steam ahead!”

How uncomfortable it is doesn’t matter as long as the conversation (and work) continues its trajectory toward positive change. It is.

Share
Previous The promise of a vaccine: Gunnison County prepares for distribution
Next ICEMEN