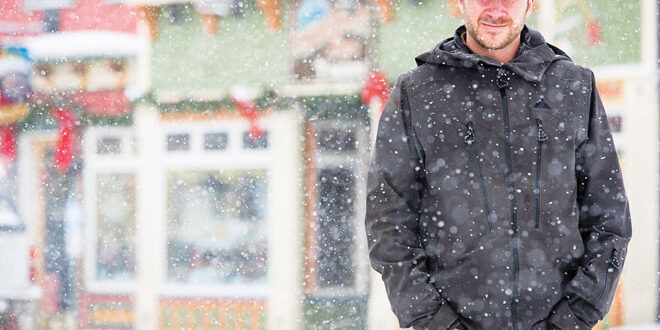 Although Ben Arwood-Levine started his young life in Cripple Creek, Colorado, he spent the rest of his childhood as one of Crested Butte’s notoriously independent kids. His father, Brian Levine, was Cripple Creek’s historic preservation director so Ben was well acquainted with mining history and casinos, the latter actually paying for the historical preservation throughout Colorado, Ben says. Ben’s mother, Donna Arwood made the move to Crested Butte when he was beginning second grade and although they were divorced, his dad also moved so they could raise Ben together.

Ben began at the old school annex trailer which was next to the Old Rock Library, “I loved it because there was lots of snow and I was excited to ski,” he recalls fondly and tells that his first runs were actually at Monarch because his mother worked for parks and recreation in Cripple Creek and they had passes. Once in Crested Butte, he immediately hooked up with the ski club and began racing. By the time Ben was 16 he was competing in Big Mountain and park skiing, which he did through his sophomore year of college. “When I was younger, I was quite good at ski racing, going to the Jr. Olympics. I did all the races until I was 17. I grew up with Max Lamb and Grant Spear, who was a year older than me.”

In the summers Ben biked and was an avid skateboarder, found regularly at the Big Mine Skate Park. “Like all CB kids, I was pretty independent. I’d ride my bike from the mountain to town all the time,” and with a defiant charm he laughs, “Yep, I was one of those feral Crested Butte kids and my parents contributed to it. They’d drop me off at the skate park and I’d be there all day.”

Time spent with his family centered around camping, hiking and visiting all the old mining sites. Ben inherited his father’s love of history, mining and consequently, minerals, rocks and geology in general. “My dad is an antique dealer and historic preservation director and he’s rooted in history, so he admires the history way more than he wants to sell it. He’s more of a collector than a dealer. I was given an appreciation for all of that. I was so fascinated and influenced by both of my parents that I wanted to become the first mineralogist on Mars,” he smiles and admits he’s more likely to ship out to the red planet as a chemist these days.

Ben graduated from CBCS in 2007 and knew he wanted to go into a science oriented career. “Because my favorite classes were environmental science, chemistry and physics. I always had chemistry sets and lots of Legos growing up so I think that had a science and engineering type influence on me. It’s about working with your hands and creating something.”

He enrolled at CU Boulder that fall after graduation and began with environmental science, geology and intro chemistry however, by his second semester, he switched his focus entirely to chemistry. “I really liked the labs and just the physical aspect of being in a lab. I studied a lot and I also skied a lot… a lot,” he laughs. “CU had a lot of CB people. We had a large mountain town crew, not just CB but Vail, Summit County and Steamboat was the biggest. We all hung out and for the most part, we still do. I did my fair share of partying too.” Ben graduated from CU in 2012 with a BS in chemistry and a minor in bio-chem.

After graduation, Ben came home to CB for six months, working at the Colorado Free Skier shop on the mountain. “We all grew up hanging around that shop.” When an opportunity came up to work for Boulder Scientific, Ben returned to the Front Range. The first three years he was an analytical chemist, analyzing samples for research, development and production, later transitioning within the company into research and development as a process, safety and optimization chemist. “I’d be researching the process to ensure it was safe to run at a larger scale. Boulder Scientific made catalysts for plastic manufacturing and also military applications.” He was with them for five and a half years before taking a position in 2017 with Cordon Pharma in Boulder, “Because it was a better situation and location.”

Ben was the senior chemist and team leader working relentlessly to purify the COVID-19 vaccine. “We’re working with Moderna, making the lipid part of the vaccine. The lipid acts as a delivery vehicle, delivering the messenger mRNA into the body,” he explains. Once delivered, it tells the body to create the spike protein which then enables the body to create antibodies to fight the virus (see story in the 1.1.21 CB News).

“Since I work for this company that makes other companies’ drugs, there’s going to be lots of new projects in the future,” he feels, now that the vaccine is in production and already being administered. “Beyond this project for Moderna, I will probably be moved to a new project soon. I never have any idea of what that project will be. I’ve worked on so many but as far as the future, I’ll tackle whatever comes my way. It’s hard to perceive what’s in the future just because of the nature of the work I’m doing.”

Ben is thinking of going back to school for extra classes in computer sciences since he feels that is the future of most industries, specifically chemistry. “It’s starting to become big in software developing and modeling. I don’t want to be left behind. AI (artificial intelligence) is becoming a thing so a chemistry job could be phased out. What I’m seeing is that there are companies that have invested hundreds of millions of dollars into AI and infrastructure for automated chemical compound discovery. AI and robots can make chemical compounds,” he says somewhat incredulously and adds, ”The University of Oxford in Britain has a robot that navigates in a physical lab environment, making lab decisions on its own. It’s doing the same thing I do, it goes around making new compounds and it’s a thousand times faster than a human. So I want to combine computer science and statistics. I’m envisioning to progress my future because I see those skill sets are going to be very handy.”

Whatever he decides to do in his future, mountains will always be a part of Ben’s plan. “I do lots of mountain biking, dirt biking and trail riding in the surrounding areas.  I fly fish a lot, backpack and camp. I still go to mining areas and look at the mining history and geology, thanks to my parents. I have a huge rock and mineral collection. I just bought a snowmobile and I’m being safe but I do plan on getting out a bit. I would love to come back to Crested Butte but it’s hard to use my skill sets up there. I love that lifestyle. I can never see myself moving away from the mountains. There’s no way I’ll ever go to the beach or out East, I have too much of a mountain lifestyle to change.”