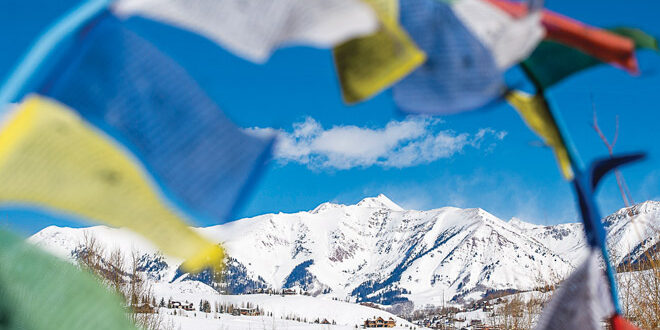 An anonymous person who had the “guts” to close him or herself inside a smelly porta potty at the Snodgrass trailhead and spray-paint a swastika on the toilet seat is someone who is obviously a coward. And hopefully a coward that deeply breathed in the paint and poop fumes while in that enclosed space.

The valley has had more than its share of anti Semitic and racial slurs over the last many years. One such incident is frankly one too many but every once in a while they pop up. There’s the altercation on Elk where the N-word was used; Swastikas painted on the rocks by the Crested Butte bike park; and now a swastika painted inside a porta potty.

It is easy for me to wish ill will on those that sink to the lowest level and disparage a group of people through bigoted remarks or actions. But I try for compassion in life and figure there is something deeply flawed with individuals who resort to petty name-calling based in prejudice. They need help as well as consequences for their abhorrent actions.

One of the things I’ve always loved about this valley (that is obviously pretty uniformly white) is that people seem to accept people for what they say they are. You say you’re a mechanic? Cool, fix my car. Oh, you’re a ski instructor? Cool, teach my kid to ski. And it doesn’t matter if you are White or Black or Christian or Jewish. You just are. And you could be that until you blew an engine or got a kid stuck on a cliff in Dead End Chutes.

So when a coward who might be seeking attention has the “courage” to go into a porta potty and paint a hate sign, I shake my head. That’s not a value of this place. And thank goodness it doesn’t seem a regular occurrence that I’m aware of.

I’ll agree with Crested Butte’s chief marshal Mike Reily who wrote in response to some questions: “I hope we progress toward more kindness and respect in this world where incidents like these act as light to disinfect hate and hate speech. We may not be able to change the world, but we can change our world and make living in it better by treating each other with respect…”

I’ll agree with school superintendent Leslie Nichols as well who said: “ We are working to understand such hate and where it is coming from. Our response to such behavior is rooted in restorative practices, and focuses on repairing harm to relationships and also using the incident as a catalyst for shared learning and reflection by all involved…”

The whole Black Lives Matter scene exploded this summer and helped to wake up people to things not always seen or understood. That wake up call is something I tried to hear and it is relevant beyond just the George Floyd incident. Working to make this valley a place where everyone feels comfortable and can belong — where people can be what they want to be — based on actions and competency and not skin color or beliefs is one of the finest values a place can have. Hopefully isolated incidents like the Snodgrass porta potty falls into the dark hole where it belongs and acts as “a light to disinfect hate.”

Treat people with respect. Accept them for who they are. Don’t be a jerk. Instead, reflect on how to better support your neighbors who have, like you, chosen to live in this place.