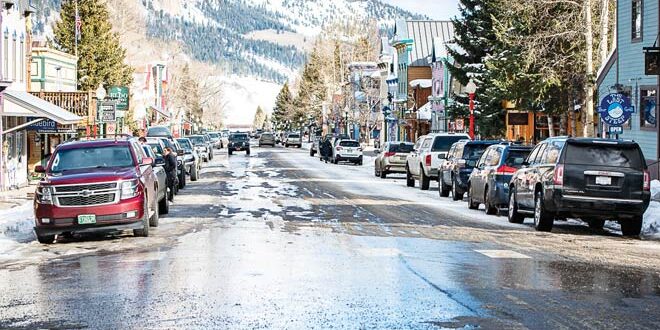 Parking in CB isn’t a problem…managing it is

Revisiting the concept of a comprehensive parking plan

It is not a lack of parking spots in downtown Crested Butte that is causing a parking problem in town but rather the problem is the management of those parking spaces. How best to handle the situation is a focus of the Crested Butte community development department and the town council will dig deeper into the issue this coming spring and summer. Significant public engagement is expected to be part of that process.

The Crested Butte council spent an hour at a work session on Monday, February 1 reviewing recent parking studies and looking at what makes parking work in different scenarios. Community development director Troy Russ said the goal was to figure out what works best for Crested Butte, especially on Elk Avenue near Third Street and on the nearby side streets of Sopris and Maroon Avenues.

“We want to put the parking issue in the context of a community vision,” said Russ. “What are the community’s core values and how does parking relate to those shared values? Council should be aspirational in where it wants to go in that regard.”

Russ said studies show that seven out of 10 people will walk 500 feet to a destination but only one in 10 will walk a half-mile to get somewhere. He said the surrounding environment influences how far people will walk and Elk Avenue is an attractive place for pedestrians.

One of the main parking issues appears to be that some vehicles park in the core of town and don’t move all day. That was a finding in the 2018 summer parking study as well as in the winter study conducted around the Martin Luther King Jr. holiday weekend this January. The 2018 data indicated that while parking in the core of town sometimes exceeded 85 percent of capacity, most of the parking spaces turned over just 1.5 times per day instead of the more efficient standard of at least four times per day. In last month’s parking study, Russ cited that on one of the days, 51 cars remained parked in the same space for more than six hours.

“We have plenty of parking in town,” he said showing more than 1,000 potential spaces, “We’re just not managing it very well. The most obvious solution is to enforce the two-hour time limit but we don’t have the resources to do that right now.

Russ said it is obvious that parking is most congested in the 200 and 300 blocks of Elk Avenue and along Third Street off of Elk. The 200 block of both Sopris and Maroon also see parking congestion.

Aside from enforcing the parking time limits, Russ said an initial solution would be to consider a neighborhood permit program on the western ends of Sopris and Maroon Avenues. He did say more solid summer data would be needed before making such a decision. He said the potential of parklet (a raised street seating area) and patio impacts on Elk Avenue in a one-way summer reconfiguration could be absorbed through effective management.

Russ said he was hoping that data compiled by a parking consultant in 2018 could be used to determine summer busyness instead of having to wait for more parking studies this summer. He said that could accelerate the process of determining solutions.

“We want to be deliberate and thoughtful moving forward,” he assured the council. “We could come up with a program that pays for itself but we need that summer data and we need strong community outreach to figure out the right direction.”

He said potential focus groups, like those formed to debate the summer Elk Avenue reconfiguration, could be used to guide parking discussions.

Mayor Jim Schmidt said he adhered to one of the findings from the 2018 parking study that because parking was “free and easy” in Crested Butte, it was sometimes a mess but was attractive. “The concept of free and easy is a concept that is hard to get angry at,” said Schmidt.
The 2018 study went on the shelf when public participation dwindled and it was determined that the public did not see the parking issue as an immediate concern or the implementation of paid parking as a priority.

“It seemed to me that addressing the problem required a big jump and the feedback we got was that people were not ready for that,” recalled councilman Chris Haver.

Councilwoman Mona Merrill said that town was changing so quickly that data from five years ago might no longer be pertinent. “And five years from now things will be very different with more build out,” she noted.

“That’s right,” agreed Russ. “There is no silver bullet. As we move forward we need to convey how we balance the community’s shared values.”

Russ’ department will continue to develop a summer plan for Elk Avenue and incorporate parking mitigation suggestions. More data will be acquired and then staff and council will reconvene to continue the discussion and figure out how best to engage the community for its feedback before crafting solutions to the parking issue.