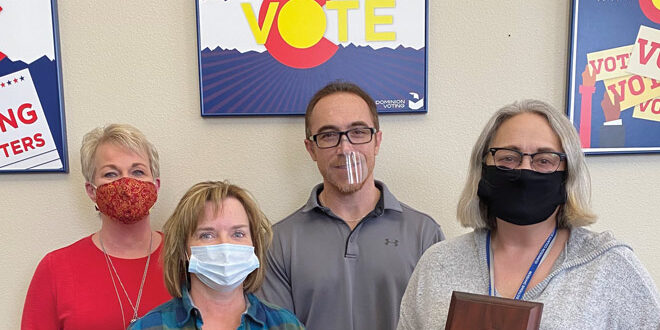 Simillion recognized by Secretary of State

“The five recipients of these Medallion Awards each played an invaluable role in ensuring the 2020 General Election was successful,” said Secretary Griswold.  “I’m happy to recognize their enormous achievements while also extending my profound thanks to each of them for their hard work in making sure the election went so well both in Colorado and nationwide.”

In a press release from Griswold’s office she pointed out the dedication of the entire Gunnison County Clerk’s office. “If ever there was an example of the effects of COVID-19 on election workers, it was in Gunnison County, where nearly all of the staff contracted the virus during the important period of post-election canvassing and certification,” the press release stated. “Even amidst this health crisis, Clerk Simillion and her staff continued their work and made sure the results from Gunnison were certified in time.”