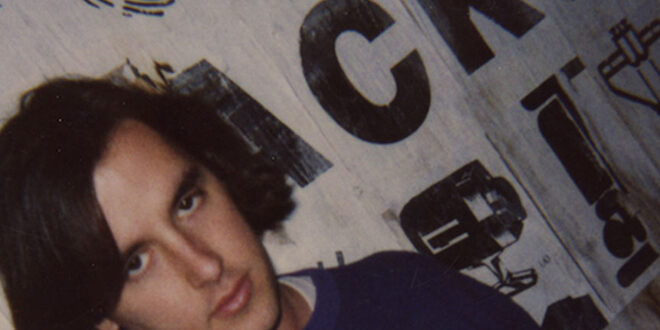 You enter the storage unit turned cozy studio apartment and you’re immediately struck with the ambiance of apathy. And Mark is just alright with that.

“Oh man, it was the best childhood,” recalls Mark. “I did whatever the hell I wanted, whenever I wanted, mostly as little as I wanted.”
Mark eschewed the normal trappings of summer jobs when he was a teenager as he found the drag of having to be somewhere at some time too much to handle.

“I had a paper route but I would stuff all of the newspapers in the storm drains in my neighborhood,” says Mark proudly. “I mean, the papers got delivered.”

Then there was his lawn-mowing job.

“Yeah, that one didn’t really work out,” chuckles Mark. “I made these signs and hung them around the neighborhood just to get my parents off my back but people kept calling our house looking to hire me. I should have put a fake number on there. Oh well, live and learn, that’s what I always say.”

Eventually he made a small fortune selling nickel bags to his classmates, “I had a cousin who grew weed,” but even that got tiresome.
“There’s the weighing, and the bagging and the riding the bike to meet the guy to make the sale,” Mark recalls exhaustedly.

Remarkably, Mark did finish high school (his dad paid for the new hockey rink at the school) and he was accepted to UNC-Greeley (his dad bought them a new library).

“I was really interested in animal husbandry this one time but when it turned out I had to be at school for orientation I was like, whhaaatttt? I’m in Florida,” says Mark.

As is his Zen way, a party led to a road trip, which led to an Umphrey’s McGee show at Red Rocks and eventually a car ride to Crested Butte and that’s where he is now.

“Hell yeah! I’m in Crested Butte?” a stunned Mark said almost falling off of his futon.

He grabs his smokes but can’t find his lighter so gives up on smoking a cigarette and squints as he walks out of his makeshift bachelor pad and into the sun.

“Wow, it’s really bright out,” says Mark. “Hey, I got a text. Oh shoot, I was supposed to work last night. Another day, another job, that’s what I always say.”

Speaking of work, Mark says it’s not the finding of jobs in Crested Butte that is difficult, it’s the keeping of the jobs that remains his biggest hurdle.

“You know, I did the usual,” shrugs Mark. “I worked at Clark’s but when customers complained that the whipped cream cans appeared previously opened and wouldn’t shoot the whipped cream out they walked out back to find me surrounded by cans and trying to get the caps back on them.”

His recalls his library job that started out well, but ended up bad.

“That was a pretty good gig,” recalls Mark fondly. “All I had to do was monitor the three people that used the Internet there and hang out with the sitters that brought their kids in. Things got a little out of control during tax time though because I had to count copies and add up the charges for printing. And, I still had to put books back from the book drop. Really? That’s like two things. You gotta be kidding me! I would just go and knock the books around in the bin making some noise. It took a couple of weeks, and a closet full of overdue books, before they caught me. Why is everyone so uptight? That’s what I always say.”

With his “rent” six months overdue on the storage unit, Mark seems unaffected at the idea of being kicked out and undisturbed by the auction company grabbing his belongings for an auction that is happening at that moment.

“Whoa, not the Nintendo Switch,” says Mark to the auctioneer. “It came with someone else’s Fortnite account already loaded, how am I supposed to play now? Wait, I mean, it’s preloaded with Fortnite, that’s gotta be worth something. I got a ’94 Acura too you could sell. I mean, it’s my buddy’s but he said I could use it.”

It turns out Mark has to move again with no apparent idea of what’s next.

“No plan? No problem, that’s what I always say. I don’t understand why everyone is so caught up in the rat race. I mean, I’ve got a pet rat, doesn’t mean I want to race it,” says Mark, quixotically. “Hey, easy with that! It’s hand blown glass!”