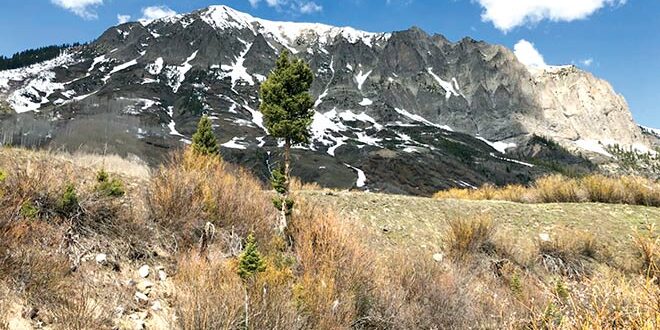 While on the road trip these past couple of weeks, it became increasingly obvious that Crested Butte is not the only place dealing with rapid change. Most of the other nice places are as well and in conversations with people, similar issues are present. Housing prices are skyrocketing, businesses are finding it hard to get employees, and employees cannot afford to live where they work. Of course, there are always the not so nice places where housing is cheap and so are wages. Austin, Nevada anyone?

But I want to keep living in our valley in a real mountain community. I have purposely not checked in on much news while away, but I did see a lengthy Facebook chain about people worried and upset (as usual this time of year) about finding housing.

Before we left, a friend put forth a theory from another friend of his (a lawyer with many decades of experience dealing with Colorado mountain town land issues) that CB and other resort towns like ours have transitioned from an economy that is primarily a “labor market” to one that is primarily a “housing market.” In the old days, the town existed because laborers were needed to work the mines and to serve the miners. And then laborers were needed to serve the tourists. Now, the economy is driven primarily by housing. We still have tourists and businesses, but we have become a housing market first and foremost. What this means is that many people invest in the housing market but, for a number of reasons, have no intention of starting a local business or working in one, because they work elsewhere even if they live here (high-speed Internet), are here part-time or are retired. They are invested in the housing market, but not in the labor market.

That reality, which we cannot change, results in high housing prices, empty homes and lack of workers because those who need to make money to live here can’t make enough money to do so, given the tremendous infusion of capital into the housing market. As a result, the theory goes that the only way to afford a home here is to bring in capital from elsewhere. You just can’t make enough money here to do it. So, my friend postulates that “we may not be able to ‘fix’ this, if by fixing it we mean rebalancing things in such a way that locals who are part of the working human capital of the town and the valley can earn enough to afford to live here, buy a home, raise a family and so on. And the reason we can’t fix it is that our housing is simply too attractive to wealthy people who do not participate directly in our labor market, either as owners or as workers. Of course, the recent arrivals patronize local business, and many give very generously to local causes and participate in the life of the town in all sorts of positive ways, but their jobs and businesses are elsewhere, and that is where their entrepreneurial creativity and wealth-creation are taking place, not here. It’s not their fault in any way—it’s just the way things work now.”

To address the trend, my friend’s idea is not so much to fall back on the “tax the second homeowners” idea, or to continue to emphasize only philanthropic giving, affordable housing and deed restrictions (all useful ideas), but rather also to encourage and inspire those investing in our housing market to also invest directly in our labor market. Many who have second homes here do that in a sense already by generously supporting the non-profits in the valley, so there is a pattern in place. Instead of setting up another charity, however, his idea would be to create a for-profit vehicle whereby those with financial capital can also invest in local human capital. Call it “The Crested Butte Business Investment Fund”—think “CB Shark Tank” or a larger ICELab. Investors would buy into an enterprise to which local businesses would then apply for funding their businesses. The new fund would essentially be a small venture-capital enterprise. Local businesses would pitch a return on investment if the fund supported them with start-up or growth and innovation resources. This would then, in turn, serve the community by creating successful businesses that in turn create good jobs.

A CBBIF wouldn’t make it possible for local owners and employees to purchase the new norm of $4 million single family homes, but it could make it that much more likely they would get into some kind of local housing. The businesses would be that much more likely to be able to hire local workers and thus be able to turn a profit, and the second homeowners or new residents would then get businesses that are open because they have workers. The workers would get a roof over their heads and the opportunity to live in a really good place. And our new full and part-time residents would be able to put their skills and dollars to work in a way that draws on their experience with creating prosperity.

CBBIF. CB Shark Tank. This kind of free market idea might interest the new wave, successful people with capital who want to live or spend time here, providing a meaningful way to support the place they have come to love and integrating them into the community. The local governments can help with land or grants, with support for non-profits and appropriate taxation and deed restrictions, all of which have their place, but having a for-profit community-based investment fund might also help to make the affordability problem a bit more affordable. As my friend asked, “Is it pie in the sky? Perhaps. And if actually successful, such initiatives would inevitably lead to further growth, in a cycle we have been watching in western ski towns for many decades. Still, since this growth is unavoidable, such a program—that I’ve never seen in a town like ours—might foster a more community-based kind of development than we see when the housing market overwhelms everything else.”

Being on the road lends itself to thought and perspective. I am not sure if such an idea would really work but I do know we aren’t the only community dealing with the issue. I also know this community used to rebel against the normal way of doing things and endeavored to try out-of-the-box ideas. This might qualify as such an idea…and I would think the local planners and housing experts could determine pretty quickly if it would work.

Planners from the county and municipalities have been meeting monthly to set a housing direction. There are opportunities with land at both ends of the valley. Housing is top of mind for pretty much every elected official in the valley. I would expect to see more units available sometime in 2022. There is movement.

Anyway, it certainly is something to think about. Which is a perfect thing to do on a road trip…but then it becomes time for tangible action.