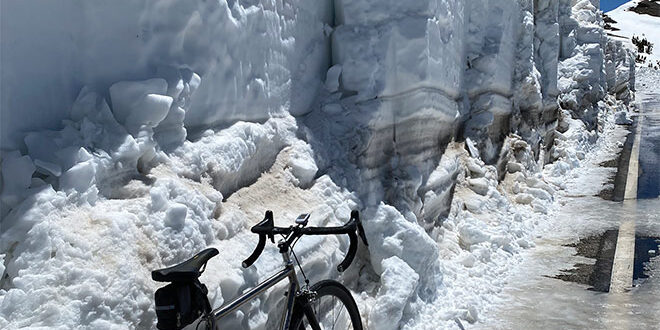 Kebler getting some maintenance; Cottonwood getting plowed

People can look forward to a drive over both Kebler and Cottonwood passes starting Thursday at 4 p.m. thanks to the Gunnison County public works crew that has worked for the past several weeks to make the seasonal openings a success. Gunnison County public works director Marlene Crosby reported that her crews have been preparing both passes for travel in keeping with the tradition of opening them on Memorial Day weekend and she said both will officially open May 27 at 4 p.m.

Crosby said in an update to county commissioners on May 18 that snow blowers were heading up to the top of Cottonwood Pass that day to begin clearing snow.

“Up toward the top there’s about 12 feet of snow,” she said. Her crew thought there was about one-third less snow present than this time last year, “Until that last quarter of a mile when it seems very comparable to last year.”

She also reported that Chaffee County is in a similar position on their side of Cottonwood Pass. “They have a little more maintenance to do on their side, but we are working with them,” she said.

Crosby said Kebler is pretty well melted out but fairly soft and muddy. There have been signs posted at both ends showing that the road is closed, but some traffic has been moving barricades and driving the pass, which presented challenges for the crews working there.

Share
Previous Titans soccer back on winning track
Next Near normal: County to drop most coronavirus restrictions