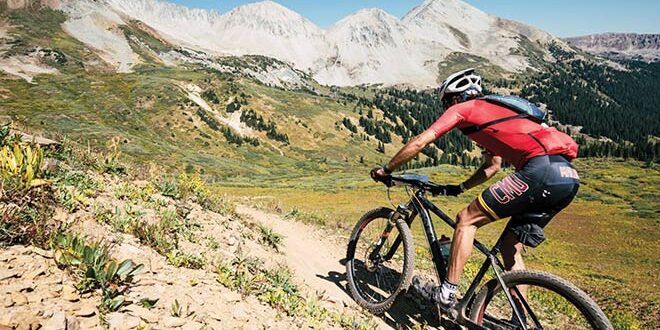 Grin & Bear It and Summer GT filling up

This may be the most prolific summer of events for Crested Butte Nordic as they ramp up for the 38th Annual Grin & Bear It on July 24 and the 8th Annual Grand Traverse Summer Run and Bike presented by Black Diamond September 4-5 with registrations tracking well ahead of schedule and the events potentially reaching their max.

It all starts with the Grin & Bear It, a classic local event that has gained traction as trail running continues to grow in popularity. The Grin & Bear It is Crested Butte’s oldest trail challenge and has been going on every summer including the COVID-altered virtual event last summer.

Last summer was meant to be the debut of a new course option. Once the Baxter Gulch trail opened, CB Nordic vice president Martin Catmur and Arell kicked around the idea about creating a longer loop course option for the annual event in addition to the classic course from town to Green Lake and back via the Green Lake trail.

“We wanted to give the Grin and Bear It a whole new life after 30-plus years,” says Arell. “Create a little more of a difficult challenge and reinvigorate trail runners, especially local trail runners, to a new competition. It just made obvious sense once the Baxter Gulch trail was created to have an entire loop.”

The new loop starts at the same place as the classic course, but heads up to the bench and out Journey’s End Road before turning onto the highway to the Baxter Gulch trailhead. From there it’s nothing but sweet high alpine trail following the Baxter Gulch trail to Carbon Creek trail and then turning right to eventually hit the Green Lake trail and then descending down that back to the Nordic Center start/finish spot.

But, with COVID still putting the kibosh on large events, CB Nordic opted to do a “virtual” Grin & Bear It last year, including the new course, whereby participants would run either or both courses solo and times were recorded and registered via an app.

While virtual, it was by no means without excitement, as veteran Grin & Bear It racer and classic course record holder Tim Parr won the 25-kilometer loop course in a time of 1:59:16 and then tied with Cam Smith on the 15-kilometer original Green Lake trail course with a new course record time of 1:03:12.

Now that we are all back to relative normal, this year will be the first running of the new course in its intended way, with a packed start line heading into the hills.

“This is the ‘unveiling’ of the new course,” says Arell.

As of press time, the longer loop course is seeing a majority of the sign ups and Arell believes the “classic” course will be equally popular.

“I do expect a strong local contingent in the classic race,” says Arell.

Whether you do the new loop or the classic out and back, all participants will be treated to French Toast and beer at the finish line.

Last year CB Nordic pulled off both races with some alterations as participants were arranged in wave starts and, with Pitkin County (where Aspen sits) still prohibiting large events, both the runners and the bikers followed a course, some would argue a more arduous course, all within Gunnison County.

“I think the course put the hurt on the runners,” says Arell. “The bikers said they really liked it.”

The races will also determine the Triple Crown winners awarding individual men and women with the fastest cumulative times from the ski race back in March and the run and bike races this September.

Even more exciting, at least for CB Nordic, is registration.

“It’s taking shape,” says Arell. “Registration is stronger than ever before. It’s still open but we are nearing capacity. Each year we’ve made progress and these events have mature legs on them now.”