Last year, Asher Weinberg made a similar decision as he left Crested Butte to race for the Aspen Valley Ski Club (AVSC). With Crossen now two years into his path and Weinberg one year in, it seems the decision was the right one as both continue to develop as burgeoning alpine ski racers.

Crossen admits the decision was difficult to leave home but knew he needed more if he wanted to progress as an alpine racer.
“I chose to go to Steamboat for the bigger team and the opportunities that come with a bigger team,” says Crossen. “They had 20 athletes skiing at the FIS (Federation International de Ski) level so I’d have people there to push me. There was only one other athlete racing FIS level in Crested Butte.”

Crossen excels at the Downhill and Slalom, unique among racers as the two disciplines are opposite ends of the spectrum of alpine racing with Slalom considered a technical discipline and Downhill all about the speed. His first year racing at the FIS level in the US had its’ challenges, like it does for all 16-year-olds entering the fray.

“The skiing was a lot tougher,” says Crossen. “You’re racing against everyone 16 and older. It opens your eyes to what’s going on in the bigger picture. It’s like restarting and relearning everything again.”

He took what he learned that first year and brought it into last winter continuing his progression and was tossed right into the deep end. With US Nationals cancelled the previous spring due to COVID, they opened the 2020-2021 season with the 2020 US Nationals at Copper Mountain in November and Crossen had qualified for the event in the Downhill from his results the previous season.

“That was fun but scary too,” says Crossen. “I hadn’t been training in speed events and Copper is a real speed track.”

Crossen did have a couple of breakthroughs in his skiing over the course of his 53 starts throughout the year. Not only did he win a Downhill race in Aspen but he also posted strong enough results to vastly improve his FIS points and progressed technically and psychologically.

“I had a breakthrough in GS and Slalom and had two big point drops for me,” says Crossen. “Those were the first two times all season that I skied close to my best in a race and started to get the mind games down a bit.”

Crossen wrapped up the race season with the 2021 US Nationals racing in the Super G, Alpine Combined (combining the times of a Downhill and Slalom race) and the Downhill.

“I put down two decent Super G runs but I didn’t ski to my fullest,” says Crossen. “I skied better in the Downhill and started to get my speed genes back. I did score points in both Super G and Alpine Combined. Overall it definitely was a successful season and I got my points down in every discipline.”

Weinberg made the jump to racing FIS (Federation Internationale de Ski) in the US this past race season as a 16 year old. He spent the year living at Johno McBride’s ranch outside of Aspen and going down the street a mile to get Wi-Fi at Johno’s sister’s house to do online schooling through the CBCS. Meanwhile, he followed an intense training regimen.

“I had six days a week of training spending three to four hours in the morning on skis,” says Weinberg. “I’d then go into the gym almost every day after that.”

“He’s definitely a great athlete and works hard,” says AVSC coach Torrey Greenwood. “He’s in good shape at all times and loves to ski and that’s important. I love his passion and he’s a great student of the sport.”

Weinberg’s strength is in the speed events of Super G and Downhill but he and his coaches have him continue to train and compete in Slalom and Giant Slalom as well.

“It’s good to get technical training for the speed disciplines and it’s fun,” says Weinberg.

His race season got off to a rocky start as he suffered a concussion and had to miss his first race. Once recovered though, he slid into the starting gate at a race in Vail on January 5 and had 37 race starts throughout the season.

“Once you get to January it’s a lot of races until the end of the season,” says Weinberg.

Results were across the board for Weinberg winning and placing second at a couple of Super G race as well as taking third in two Downhill races. Other races he finished in the 20s or 30s matching wits and speed with collegiate aged racers as well as others who are still chasing the dream.

“It’s a lot more intense and it’s intimidating with the older skiers there,” says Weinberg.

Ultimately, his speed event results from the season were strong enough to qualify for Nationals in both the Super G and the Downhill at Aspen Highlands April 7-11.

“I was pretty happy about that,” says Weinberg. “I was hoping I would qualify but wasn’t sure I would or not. A bunch of guys from the US Ski Team raced too so it was pretty cool to race against guys at that level.”

Both Crossen and Weinberg are currently in Mt. Hood training with their teams and have different goals with Crossen two years ahead of Weinberg in age.

Crossen is currently ranked fourth nationally in the Downhill among 18-year-olds and in the 20’s worldwide and is looking to make some NorAm starts as well as maybe some starts on the East Coast Europe. He graduated from high school but will continue to train and race with the Steamboat team this winter as part of their post graduate team with his sights set on a collegiate racing career either for CU Boulder or on the East Coast for Bates College or St. Michael.

“I’m going to try to ski at the collegiate level,” says Crossen. “I’m taking a gap year to try and get my points down more and get some coaches to notice me. I’d like to ski for CU but that’s really tough because they bring in European athletes to their team. That’s like the dream ski school.”

Weinberg is currently ranked 6th in the downhill among all 16-year-old ski racers worldwide and is hoping to make the jump to racing in NorAms this coming season. He will remain at AVSC this winter looking to take the next step in his racing progression.

“We’ll definitely try to get him in some speed events at NorAm races,” says Greenwood. “That’s a good goal. This is his first time at summer camps and it’s great for him. More days on snow and fine-tuning.”

“Hopefully I’ll be able to start the NorAm at Lake Louise,” says Weinberg. 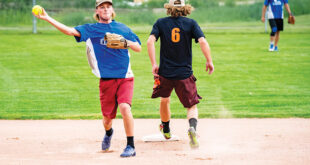 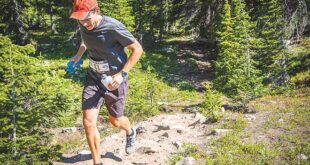 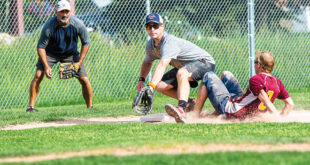 Hares run past Walk of Shame