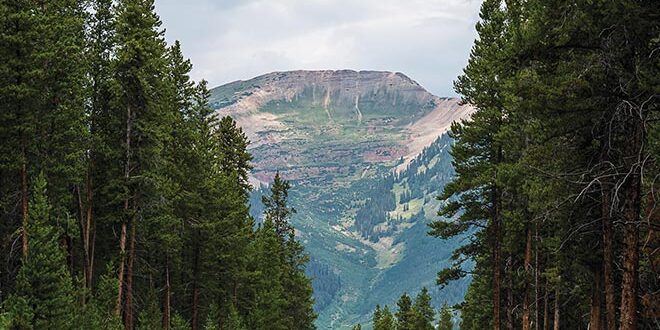 Yeah, things are different. People work more and play less. It’s really difficult to find a place to live if you didn’t get in a few years ago. It’s harder to get a bite to eat in a local restaurant. It’s not the same Crested Butte of 20 years ago…even though a lot of the stories in the 20 Years Ago Today column are pretty much the same as today.

But this week there was evidence that the place still has heart. It is still a real community. When word spread that the school district wouldn’t have enough drivers to transport local students to the Crested Butte Community School the community part of that place moved to action.

The RTA and Mountain Express brainstormed on how to get students on their buses. While they aren’t allowed to just act as a school bus, they figured out how to fill more seats with kids at the right time of day and how best to drop the kids off near the campus. That’s community.

The Crested Butte PTA rallied parents to sign up as volunteers to help. They will report for duty in the mornings and walk the little ones from the bus stops to the classrooms. They will chaperone them to the bus stops further away from the school in the afternoons. Others will help direct vehicles in the school parking lot and still others will pack breakfasts and serve lunches in the understaffed kitchen. That’s community.

Local cops will get out of their cars and wave their arms to organize traffic flow. That’s what I’m talkin’ about! I’ve wanted that for years and now is the time to step up. And they will. They will not let people leave the school parking lot and turn left onto the highway in the mornings or at the end of the school day. That will ease a lot of the cluster we all have come to (not) love and expect. And I trust they will do it in the small-town professional manner. That’s community.

Officials of both CB and Mt. CB town governments said they see the issue and would help with finances to support after school programs that charge a fee. That’s community.

Some people have come to the district and said they’d take the training to be able to drive a school bus. Perhaps the opportunity for paid health insurance helped motivate some but getting a CDL takes some time. The goal is to get enough people to cover four bus routes in the North Valley. And some people are indicating they will step up and help with that. That’s community.

The idea of community was also evident throughout the Crested Butte second homeowner tax discussion. The Crested Butte council room was filled both in-person and virtually for the last several meetings.

People respectfully made their case in favor or against the empty house tax idea. No one booed the folks on the other side. Everyone took their turn and made their points sincerely and respectfully. That’s community.

Each week the tax idea evolved based on those hundreds of public comments. I watched as a big advocate of the tax shifted to argue against it. I watched as second homeowners opposed to any such fee saw the light and came around to argue for the need but with a different framing of the issue. They then convinced some of their compatriots to take a breath and accept a reasonable fee on their Crested Butte community home. Everyone understood that something was broken and wanted to be part of the solution. That’s community.

I watched too as the councilmembers evolved. Some were initially opposed to any “regressive” sales tax that impacted locals in any way. But after listening to both sides, they reached a middle ground and understood the message that would be sent if the sales tax were linked to the empty home tax. And they linked it. They sent a message that we’re all in this together. That’s community.

When things are broken — be it the school bus routes or the balance of having different economic classes be able to live in the valley — a real community steps up to try and fix it. They may not like everything about every possible solution but most people in this community get off their ass and work to solve the puzzle instead of just bitching and moaning about the problem. And two big examples are in front of us this week.

Yeah, things are different. It’s not the same Crested Butte. But this week there was evidence that the place still has heart. There is still community.