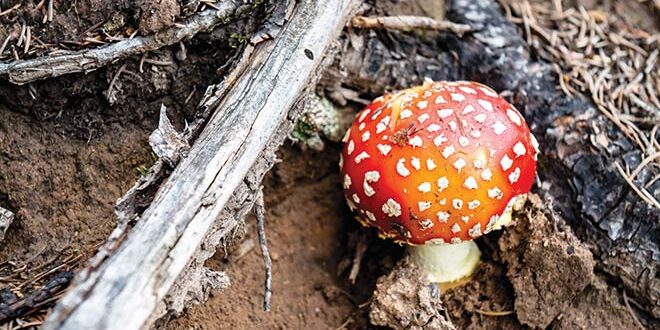 There’s a lot going on these days, and I see according to Mountain Mischief that the cops up there have received “multiple reports regarding anti-Texas stickers being placed on vehicles with Texas plates.” What does that mean? Some jackass jokester is apparently venting by projecting his or her anger onto a stranger’s car? Not cool.

I’m glad the stress of summer is over and we are heading into a more mellow and peaceful time of year. Please leave other people’s cars alone.

The Labor Day weekend weather felt it could have been the Fourth of July. It was hot and sunny and just plain beautiful. Hopefully that will last another six weeks or so and then let the snow fly to cover the slopes for a deep winter season and eventually fill up Blue Mesa next spring.

The fall at 9,000 feet is as good as it gets. Chilly mornings, clear nights and warm afternoons make for the perfect setting. And every week brings awareness with shorter days and frostier nights that ski season is drawing closer. I still like winters even as they become shorter.

But for now it is fall, which is perhaps the best time in these mountains. That’s why I appreciate not trying to turn September and October into July and August. The craziness of summer tourism is gone as are the lines (except perhaps on Saturdays in September). The crowds have fled, money has been made and the heat is tolerable. It is a time we can appreciate the things we moved here for. Please do not forget to do that.

Fall also means Vinotok and Vinotok offers another, more productive, way to vent. Throw a grump or 20 into one of the boxes popping up around town. This will be a different Vinotok with the trademark bonfire taking a break. That fire has always been the draw for a lot of weekend warriors and the Vinotok council has made the decision that is not who they want to attract this year. They prefer those who appreciate the more subtle but much deeper community meaning of the celebration. I for one, have loved the addition of the various altars that get put up around town. They are unique and each celebrates a different part of community that together honors us…the people who live and work and play and die and struggle and love this place.

Lord knows based on social media, the grump boxes might be filled to overflowing. I almost feel guilty by still really liking the place I live. Issues with the lack of housing for local workers, the baffling parking rules still in effect for town, general climate change that will change the lives of our children, debate over how big of a house needs a public review before getting the okay, COVID whiplash, school crowding issues, a shortage of workers, partisan politics, empty house taxes, a disappearing reservoir, closed stores and restaurants, all could fill a grump box on their own. So fill those boxes in the hope the Grump banishes the problems as we move forward.

One thing to always appreciate is that people here are not taking any of it lying down. Hostels are being bought, rooms in former B and Bs and current hotels are being opened up (and not exactly overflowing with applications BTW), parents and volunteers are working in the CB school cafeteria and making sure kids who need a bus ride to school get one safely. Who and who not to tax to raise money for workforce housing is being debated. The county will start public reviews of houses much smaller than 10,000 square feet. RMBL is hosting one of the world’s biggest research projects to study precipitation patterns that might positively impact the future in the valley. Cool stuff.

Eyeing a problem and working to fix it is still what we do. We don’t always do it well but we almost always try. I’d understand why the second homeowner community feels more shunned than part of the tribe given some attitude and rhetoric flying around the last year. That attitude frankly moves us closer to typical mountain resort than interesting and different high mountain village.

Look, addressing issues always comes with some conflict but usually we are not afraid to try. We should just always try to do it together. Our history shows we can throw a punch but then share a beer. I’m a bit afraid the punches are outweighing the beer. I have little patience for those who relentlessly play the single chord that the world is always against them. Fomenting anger without suggesting how to make something better is weak sauce.

Calling groups of people names by stickering their cars is low grade. Venting on social media and not suggesting solutions to a problem is exhausting. Ignoring opportunity to work toward resolution is lazy. We should not lose the tradition of fighting hard but being respectful as we debate an issue. That in part defines this place.

We have transitioned out of summer. Fall is wonderful. The phone forecast calls for sunny and 70s as far as it goes out. Feel good that people are not putting their heads in the sand when it comes to our local problems. Feel good that people are trying to figure out how to address the issues that negatively impact everyone. Feel good that even with bumps in the road, you have experienced a special place. Put your grumps into a box and enjoy the season of gold. These may be ‘interesting’ times but take the time to appreciate where you are… and then do something to make it better.

Share
Previous County to vote on lower maximum home size
Next TO ASPEN WE GO!