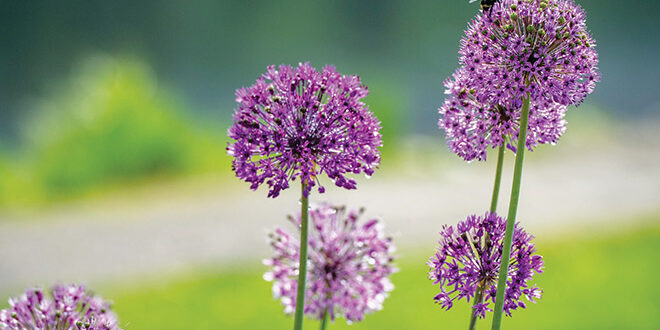 Getting out of the car in Paonia Saturday afternoon it was obvious why Crested Butte might be an attractive place for people in the years to come — it was reallllly hot on that side of the pass. We walked the dogs into the river and decided to just buy a crate of peaches instead of pick them. And they are reallllly good. It was also not simple to find a place to grab a bite as Paonia too has an employee shortage issue and not everything is open when you’d expect. That problem is not unique to CB.

Struggling with 85 degrees proves we’re climate soft. But I doubt we’re the only ones as I continue to see most of the East Coast of America sweltering near 100 degrees. Heck, even Denver continues to hit those triple digits regularly, so people are naturally looking for places like this where 70 degrees is normal and 80 relatively rare.

We are blessed and that blessing will, I believe, bring more and more people to this spot as it becomes one of the more attractive places to spend a life. For most of us here now, that has always been the case, but the new climate issues add an extra dimension. That should be part of any consideration as we all plan for the future in this high mountain valley.

We all realize that as more people of means purchase homes here, the working class is being pushed out. The local governments are all working to find a new balance that helps workers live closer to their jobs. That is a good thing.

Everyone keeps wondering what the North Valley’s major employer, the ski area, is doing in that regard. So I asked and got a fairly nebulous response. (See page 21). While that might be fair as the company tries to negotiate housing for their workers for the coming winter I had hoped for more specifics and optimism. It’s not like there isn’t a major community conversation going on that should include one of the area’s major employers front and center.

It was easy to go online to find Vail Resorts had more than $1.3 billion in cash at the start of the summer. That seems a good chunk of money and some could perhaps be spent on housing for their employees at all their resorts, including those in Crested Butte. The investor calls however seemed to indicate that perhaps more ski area purchases might be top of mind.

CBMR appears ready to sign master leases for workers in upcoming regional projects, and while having contributed $65,000 from their Peachtree chairlift auction to the Valley Housing Fund, they are not putting up units when they need them as much as anyone — and can probably afford them more than everyone. I’d suggest they let the smaller local businesses have first shot at the government projects. I asked how many units of workforce housing CBMR currently owns and I couldn’t get a hard number.

While a global corporation’s first thought is probably an immediate responsibility to shareholders, the company will see their profits shrink when they cannot staff the restaurants, the ski patrol huts or the lift shacks, and have to stop doing what they do to make money. Without workers there won’t be much skiing, which means there won’t be much profit for those shareholders. So, it would actually be a savvy business move to build workforce housing, wouldn’t it? Collaboration is important as one tool in the toolbox but so is putting hard dollars and leadership to work.

Walking out of the office on Monday afternoon I caught a glimpse of the Dragon Wagon doing laps over by Totem Pole Park. Yup – Michael Blunck is at it again leading the way to raise money through this year’s virtual Bridges of the Butte Adaptive Sports Center fundraiser. That guy has for years been one of the faces riding his crazy bike around town and taking pledges to help support the good work of Adaptive. This year the event is going on between now and September 12 with a four-hour culminating ride on that Sunday from noon to 4 p.m. And Blunck has pledged to ride at least two hours every day between now and then. He clocked 26 miles on day one. It was good to see him doing circles with a small support posse on Monday. He is out there on a dragon-bedecked townie so if you see him, throw him a bone.

Getting in a final ride on one of the best mountain bike trails in the valley on Sunday was again evidence of valuable partnerships. The Snodgrass trail cuts through property owned by the Allen Ranches and they generously allow hikers and bikers to use it until they bring back the cattle to graze on that parcel. Snodgrass is one of the old-school favorites and one of the prettiest trails with easy access for everyone. For the ranchers to permit the public to use it is very generous and I for one appreciate it. So please respect the current closure so that they will continue to allow that privilege. This community has always found partnership between different segments of the community the best way to keep the character of place going. This is but one good example. Let’s continue on that path so we can continue to use that path.

Saw that The National Weather Service has officially issued a La Niña Watch for the coming winter and if that forecast holds true, it will have an impact on what this ski season looks like in Colorado. Crested Butte always seems on the edge of the weather patterns but typically that forecast means a bit less snow and bit more wind for the state in general. But we’ve also had some pretty good snow in La Niña years. In other words…who the heck knows what it’ll be like this winter…but as you can see from some of the color changes — winter is coming!

As stressed out as the town seemed to be all summer, the last week or so has brought back a feeling of relief: there are fewer people in line for a table, fewer cars trying to dodge flower boxes, more faces that are recognizable than not. The fall weekends can still get a bit hectic but the collective pullback from summer energy is a good thing. While some resort towns desire that level of July busyness 12 months a year, I for one am glad that is not the case here and hope we never aspire to see that.

A healthy balance includes a real off-season. This is the time for those living here to enjoy what it is we moved here for…and it’s not more work. This holiday weekend traditionally marks the shift toward the next season — so get out and enjoy it…and appreciate the peaches from our friends in the North Fork.