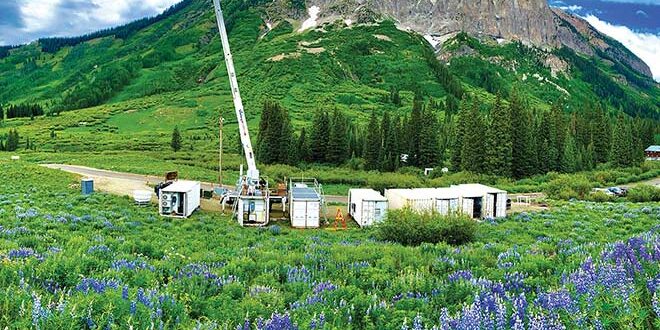 Starting September 1 the East River Valley has gone active in one the most comprehensive water and atmospheric studies in the country. Weather balloons will be launched daily for months, radar will keep an eye on the sky and probes will determine how much water is in the soil along the East River Valley.

The SAIL (Surface Atmospheric Integrated Laboratory) mobile atmospheric observatory has been set up and the pieces are in place to begin a two-year research project to collect data on precipitation, hydrology and water flows in the area that can then be modeled for other parts of the American West and the world.

The research is being run by the U.S. Department of Energy in coordination with the Rocky Mountain Biological Laboratory (RMBL) and involves a number of universities and government agencies. Using instruments like radar, weather balloons, cameras and probes, the goal is to study every detail of how, why and where precipitation forms in the watershed and how that might translate to issues with drought and a decreasing Colorado River.

In a Zoom call with several of the researchers on August 24, Dan Feldmen from the Lawrence Berkeley National Laboratory noted that the recent water shortage announcement from the U.S. government on the Colorado River was a “giant wake-up call and quite sobering.” The research being done in the East River Valley, he said, might help develop better models to prepare for the future and see what might be in store for the Colorado River. “This will provide rich detail on how precipitation forms in the mountains,” he explained.

“The research will be broadly applicable to the U.S. where snowfall is the main contributor to water supplies,” added scientist Ken Williams also of Berkeley. “The linkage between measurement and modeling will be very unique. The data from SAIL can be linked to the timing and seasonal snowfall and how it contributes to things like recharging groundwater. It is an incredible opportunity to look at the future of water.”

Jessie Creamean from Colorado State University said she would be studying the connection of aerosols, small particulates in the air formed from things like dust storms or wildfires, and the impact on air quality and type of precipitation that ultimately is created. “I’ll be looking at how precipitation forms in the mountains and how aerosols interact with clouds. They can act like seeds. This data is not only crucial for looking at water supply but as a backcountry skier it is important to my personal joy and fun.”

“Mountain environments are so important,” he said. “Most people think there is a gradual increase through the winter of snowfall that then feeds the streams. But it actually comes in large individual events. This SAIL campaign can be a game changer on seeing how the land and the atmosphere interact to get water into our mountains.”

Flores said with the sophisticated radar system being used, scientists could watch minute by minute how the snow events interact with the mountain landscape and how ultimately it provides stream flows. “There is a lot of pressure on water in the western United States given climate change and population growth so what we discover through this study will apply all over the west.”

Feldmen said the information could apply all over the world including places like the Snowy Mountains in Australia.

The $8 million project will run over the course of two years through July of 2023. Most of the equipment is situated near Gothic and scientists and technicians will be housed in Gothic year-round to evaluate the data collected every day.

Williams said the timing came together in part because of the changing world and the growing interest in such research from a variety of agencies. “This is bringing together a tremendous community of researchers,” Williams noted. Agencies like the National Oceanic and Atmospheric Administration (NOAA) will jump on the bandwagon and deploy a variety of instruments in the area as well.

“As a westerner it is obvious to see that the last few summers and winters have brought more fires and worse drought,” said Flores. “The mountain environments are changing so rapidly and that will have major ramifications for society.”

“This will help us see why it rains and snows in this complex Rocky Mountain terrain and where it does it more often,” said Feldmen. “The main ski area nearby gets a lot of snow but just ten miles up the road (at Irwin) there is a lot more snow. Why is that? This will help improve weather and water forecasting. It will provide benchmark data sets and I see it as an entry ticket for hydrology models.”

“There are a lot of exciting opportunities from this,” said Williams. “How runoff is impacted by the lack of groundwater storage is important. Drawing the connection between the mountain snowpack, runoff, groundwater and ultimately stream flows is interesting and important.”

“This is informing how better to estimate important facets of the water cycle in the region,” added Flores.

“It should help set up the foundation for future predictions related to water,” concluded Feldmen.

The observatory consists basically of several portable shipping containers that house instruments, communications, power and data systems. The weather balloons are made of biodegradable material. This observatory has been deployed around the world and the instruments involved pose no danger to people.

“It has been a very rewarding experience working with the scientists, engineers and technicians as they prepare for the September start date,” concluded RMBL senior project manager Erik Hulm. “This is the culmination of many months of planning and represents an exciting new frontier for RMBL research.”