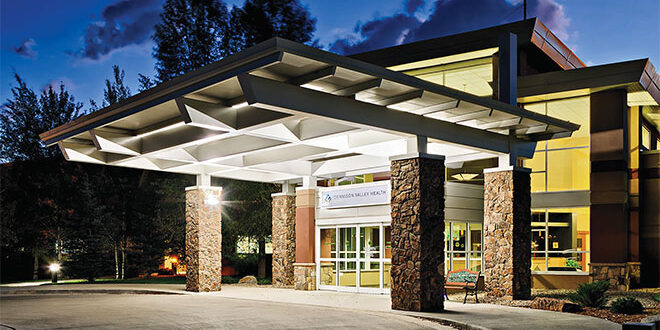 Tensions between orthopedic surgeon practices in the Gunnison Valley are not new with some issues going back literally decades. But a new concern in the orthopedic realm seems to be surfacing, especially with Gunnison Valley Health (GVH), as a partnership between GVH and gO Orthopedics formed last spring has tweaked some of the other docs in the community. The fissures seem centered around lack of broad cooperation between all the orthopedic physicians and compensation for the gO docs.

GVH CEO Rob Santilli has been trying to implement a comprehensive care model for the local health care system to “maximize living” in the valley. It is meant to impact everyone from adolescents to adults to seniors. The goal is for a holistic health model for people living in the region. It would include comprehensive sports physicals for kids, supporting a nonsurgical sports physician, programs for the everyday athlete, senior fitness programs, integrative medicine and functional nutrition programs, partnerships with Western Colorado University, a designated rural health center for low-income resident accessibility, and general community programming and more.

“Ideally this would be led by gO Orthopedics and Gunnison Valley Health,” Santilli explained. “This is meant to be a pro-active goal that impacts everyone living here. The person who shared my vision the most was Rhett Griggs from gO. We want a comprehensive health care system and not just a reactive system. There would be a spectrum of care that we organize through life. The more people are cared for, the less care they will need. This all saves the community money in the long run.”

Santilli said it wouldn’t just be about orthopedics but that would be the “building block” of the comprehensive care services focused around what people living in the community love to do. As might be expected, some people were rubbed the wrong way despite what he said were extensive efforts to get all four local orthopedic surgeons together in partnership for the big vision. When that didn’t happen, he wanted to move ahead with the vision.

Griggs said he has had a similar vision and it became more clear after he started gO and GVH was looking at bankruptcy.

“This partnership increases community access to quality care and starts to build a cohesive system,” he said. “The increased quality of care will come by hiring fellowship trained doctors, or specialists in the respective fields as this is the standard now. Oversight of processes and improvement of efficiencies, developing a cohesive system of coverage and community outreach working with private community businesses as well to help improve continuity of care. This grows the model that gO has worked on more than delivery of medicine but also helping others be the best they can be in health, adventure and athletics. Think of it as a mini Olympic training center for the everyday athlete and beyond and the improvement of the delivery and continuity of medicine at all facets of entry with better coverage for hopefully all insurance coverages possible.”

Tensions
The orthopedic physicians not part of the partnership feel GVH is overpaying the gO doctors, Rhett Griggs and Blake Clifton, to an extent that is not responsible and is unsustainable. They also fear the excellent orthopedic choices in the valley could be damaged as a result of the partnership. Santilli feels the partnership is fair and ties in with the long-range goal of creating a health system that is more holistic in nature and raises the bar for community health care.

Under the contract between GVH and gO Orthopedics that went into effect April 1, both Griggs and Clifton will be guaranteed a salary in the very high six figures for the coming year. The idea is that by merging with GVH, which will be responsible for the business element of the practice, some costs can be streamlined and the large salary expenditures will be covered through the gO clinic and patient care.

Dr. David Elfenbein of Pinnacle Orthopedics who is not part of the GVH plan, but still has medical privileges at the Gunnison Hospital, feels the salary guarantees are extraordinary and to make those financial goals, the other orthopedic physicians will be left out of GVH recommendations.

“The level of compensation is far above fair market value,” he said. “A nearby hospital that is much larger and busier than GVH and also employs orthopedic surgeons, pays far less in compensation. With this partnership, GVH is limiting patient choices and providing more expensive care. The insurance contracts provide for significantly higher reimbursement for the same services other orthopedists provide, which will translate to higher out of pocket expenses for the healthcare consumer. In this tough economic climate, we should be pulling together to put our patients and their care first rather than being divisive.”

As of September 1, Dr. Gloria Beim’s Alpine Orthopaedics merged with Vail-Summit Orthopaedics and Neurosurgery (VSON). When asked if they were aware of the guarantee being made to the gO physicians, Alpine business director Bonnie McDonald confirmed that they did. She said Santilli had made Dr. Beim the same/similar offer to participate in the GVH realignment just before she signed documents with VSON. She turned down the GVH offer, however, repeating her invitation for GVH to participate in a joint venture instead, similar to the structure in place at Boulder Community Hospital and in conjunction with several Boulder-based orthopedic groups.

“Our larger concern is what amounts to a general misuse of position and power of a community hospital,” McDonald said.
Alpine owns its own ambulatory surgery center, a facility that historically throughout the country costs less for patient care than a standard hospital. She accused the hospital of revoking the transfer agreement between the surgery center and hospital after Alpine turned down the GVH offer.

“We would love to be working with our community surgeons and hospital,” McDonald said. “As small orthopedic groups are getting bought up by private equity groups and insurance companies are pushing patients to more cost-effective ambulatory surgery centers, what we would love to see is the model that is working successfully across the country – a joint venture between community surgeons and the local hospital. We want to see a platform in which a rising tide can float all boats, while simultaneously giving patients higher quality, more cost-effective options.”

McDonald said Alpine and VSON have cited concerns around conspiracy in restraint of trade, monopolization, and antitrust issues against GVH.

Focused on the big picture
Santilli said that about four years ago the GVH board and administration set a goal to have the valley be a recognized center of orthopedic excellence since that is such a big part of the health care system in the valley. “This move with gO Orthopedics is part of that vision,” he said. “We had talked to all the orthopedic physicians about the idea but found there wasn’t a lot of communication between the group. The person who shared my vision the most was Rhett and we started talking about the more comprehensive vision of modeling a system for comprehensive health care and not just fixing people who get hurt but helping them to live throughout their life from adolescence through aging. That’s what will make the place a center for orthopedic excellence.”

Santilli said the effort was made to get the four primary practicing orthopedic physicians in the valley together, but he couldn’t do it. “There are dynamics involved in any group and we tried but we couldn’t get all of them on the same page. I couldn’t get the dynamics to work. And I wanted to move ahead with this comprehensive vision,” he emphasized as he will be retiring as CEO of GVH this fall.
As for the guaranteed salary for Griggs and Clifton, Santilli said the contract states it will be based on what their practice collects and then adjusted. If for example revenues decline, the salaries are adjusted. “We’re paying what they earn,” he said. “But it gives them a consistent check every month.”

“To partner like this makes financial sense,” Santilli said. “Coming together is more efficient and for example their malpractice insurance premiums were immediately reduced significantly. That’s why this can work. We want to do this not just with orthopedics but the comprehensive services around what the community loves to do. That’s the broad vision. If this doesn’t work out for some reason, the docs will still have their practice. If we don’t deliver, they’ll still be here. But it is designed for people to have confidence in the community health care system.”

“We know where we are going and the steps we are taking to get there,” added Griggs. “Will there be people against it, of course. Will there be people who support it? For sure and hopefully more and more as they realize the vision, positivity, productivity and quality that comes from working together and developing a system. It is not necessarily to exclude people, however a standard of education, care and person is needed to be able to grow. We are building a team not too different from building a sports team, or an executive team, to grow, deliver, learn and improve to provide outcomes.”

Santilli said that as he prepares to leave GVH, he wants to see a path that works for the entire community. It is important to him to have a broad system of care in place. And he sees this as a way to protect the hospital that is a cornerstone of the county. “I have seen when the finances were shaky and it wasn’t good,” he said. “I see this as a way to protect something very important to the community.”
Clifton said the new arrangement takes some of the business pressures off the medical practice. The ultimate goal is to provide a broader, more holistic care to local patients. One concern is that if there are too many surgeons in the valley and they aren’t using the hospital operating facilities, the hospital won’t be able to survive which he noted has happened in the past. “To have a successful hospital in Gunnison is paramount to the community,” he concluded.