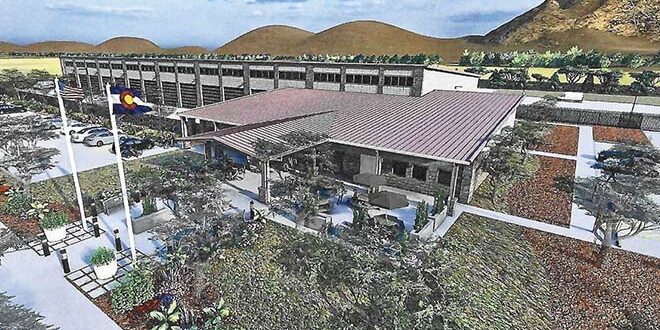 A $2.5 million land sale within the Gunnison Rising subdivision located on the east side of Gunnison has pumped some more life into the 622-acre subdivision.

Gunnison Rising’s Dick Bratton said that an Alabama-based real estate development company purchased 7.5 acres of the development last week with the plan to construct a FedEx distribution center on the site. He said the plans have gone through the Gunnison city planning review process and Bratton said he was advised that it will probably be the most attractive distribution center in the country given the city’s aesthetic requirements put on the approval.

While no definite numbers are yet known, Bratton said it was rumored that approximately 80 employees would work at the center. Gunnison Rising has dedicated sites for housing as part of its master plan and while no future housing is directly tied to the FedEx deal, Bratton said the fact there are more than 1,700 units expected to eventually be built nearby with connecting trails to the facility might have played a role in the FedEx purchase. Bratton did not know if FedEx would be bringing significantly more flights to the Gunnison Airport as part of the center’s package distribution system.

GUC airport manager Rick Lamport said he hasn’t heard if FedEx will be increasing flights to help distribute packages. “At this time I do not have any details on how this would impact the airport,” he said. “And I am not yet aware of any increase intended or otherwise in aviation activity related. If it does happen it would no doubt have a positive impact for us at the airport and jobs.”

As for the design of the facility, Gunnison City community development director Anton Sinkewich said the look of the industrial building helps set a standard for the entire development. “This was the intention of the design guidelines included in the Planned Unit Development (PUD) approved by Council and the Planning and Zoning Commission,” he explained. “The developers were aware of the design guidelines existing for the area and worked well with staff to achieve the vision intended by the approved PUD standards.
Gunnison mayor Jim Gelwicks noted that an out-of-valley company locating in Gunnison might be a trigger for other such companies to do the same.

“Increasing the breadth of the city’s economy is a goal of council,” he said. “The jobs that would come in with this are not direct tourism or government jobs, which are the two largest generator of jobs in the City of Gunnison. This adds a new element in the local job market and that is a positive.”

Preliminary work on the facility has been approved by the city to start on the FedEx facility. Sinkewich said initial work permits have been approved. “The developers have been given permission to begin grading and site work,” he explained. “The full permit is pending and anticipated soon. Actual opening of the facility will depend on the developer’s construction timeline.”

Bratton began the development of Gunnison Rising in 2007. The Bureau of Land Management (BLM) is constructing a new regional headquarters in the subdivision and Bratton expects the U.S. Forest Service will follow suit to add to a government agency campus. “There has been serious interest by the Forest Service to relocate to the “Government Zoned” parcel but things are moving slowly,” explained Bratton. “I have been advised that if the 7.5 mile Tomichi corridor is designated as a State Park, which is under serious consideration, they will also likely locate on the Government Parcel.”

The Gunnison Rising development could hold 1,700 housing units and some units are slated to start construction next spring. Bratton said that given the time he has spent bringing the development to fruition, it is gratifying to see substantial movement.

“It is satisfying to finally see the property being developed as we had hoped it would be,” he said. “We have worked hard for some time, especially the past two years, under the guidance of a skilled general manager, engineer and planner with great support from the city, county and Western Colorado University. With everyone’s help we have created a conceptual plan that is really special. It is in the vein of the New Urbanism/Walkable Cities concept, which is adjacent to a university, has more than seven miles of riverfront access, with miles and miles of trail connectivity on and off the property. The recent FedEx project and development of the BLM facility are the result of that process and recent inquiries indicate they have increased the interest in Gunnison Rising.”