Mt. Crested Butte built and maintains the Rec Path between the towns that includes the Slate River Bridge near the Paradise Park subdivision; however, town manager Isa Reeb expressed concerns about the situation due to Crested Butte’s upcoming plans to make some river access improvements around the bridge.

“Due to liability issues, it is not recommended the Town continue to maintain the Rec Path Bridge over the Slate River, which is in the Town of Crested Butte, and the McCormick Ranch easement area,” said Reeb in a memo to council.

Staff also provided the council with a letter written in September 2000 by past Mt. CB town manager Chuck Stearns requesting official permission from Crested Butte to erect a 100 foot, clear span bridge across the Slate River on CB’s easement across Lot 6 of the McCormick Ranch. “This bridge will allow our town to complete the Recreation Path into the Town of Crested Butte and open it completely,” he wrote.

The town council agreed they would like to figure out a way to come up with an agreement that works for both towns. “I did meet with Dara (MacDonald, CB town manager) and she has also put in writing that they would love to sit down and discuss maintenance and issues like that with us,” said mayor Janet Farmer. “She wondered if we could sit down and have further discussion to get this sorted out in a manner that was amenable to both communities. She did understand the liability was our big concern,” said Farmer, noting that MacDonald said the town of Crested Butte would be responsible for fixing any damage done to Mt. CB’s portion of the bridge or Rec Path during the upcoming construction.

“If there was going to be a continuing desire by council for the Rec Path to be maintained by the town, I think we need some form of agreement from CB that absolves the town from liability on things beyond its control,” said town attorney Kathy Fogo.

“Do we have a temperature on that sort of agreement?” asked council member Steve Morris.

“I have been trying to have this conversation since April so the idea that now they want to talk about it to me is interesting,” said Reeb. “They just want us to take over all of it. They want us to take over the easement…The problem with that is it’s in their town and so I think it sets a bad precedent and they’re developing the park around it and so how do you delineate from a legal standpoint what happens in the park versus what happens on the path? To me it’s very messy.”

“My recommendation would be we either cut it off and what happens off town property is Crested Butte’s responsibility, or there has to be an agreement in form that defines exactly what rights and responsibilities exist in the towns and who’s responsible for what and therefore is liable if anything were to happen,” said Fogo. “That’s not going to be the easiest agreement to craft, to be quite honest with you because there’s no limit to the scenarios in which potential trouble lies.” She noted that if someone gets hurt on the path, they will most likely sue both towns, it would be a question of who pays for the defense.

“Do we need to sit down with their attorney and hash this out?” asked Farmer. “Dara has indicated they would work with us on doing shared maintenance. They’re saying it’s a lot closer for them there to pick up the trash and do poop cleanup.”

“I strongly favor that we work it out with the town of Crested Butte on an MOU or maintenance agreement or liability agreement,” said council member Nicholas Kempin.

“I’d like to see a way that the concerns of council and staff are honored, but at the same time work with the town of Crested Butte to manage this amenity that serves both towns and ties us together,” said council member Roman Kolodziej.

“We’ll try and negotiate something with them,” Farmer said to Reeb.

“Not me. Kathy,” said Reeb, pointing to Fogo.

Fogo sent an email this week to Crested Butte town attorney John Sullivan asking to discuss liability and responsibilities for the Rec Path bridge and Rec Path where it crosses property where the town of Crested Butte holds the easements.

“We’re willing to discuss helping with some maintenance issues like trash collection by the bridge or dog poop bags, given the proximity of their Rec Path to CB and existing services provided on the CB side of the bridge,” Crested Butte town manager Dara MacDonald said. “Mt. Crested Butte’s attorney has reached out to discuss drafting an agreement addressing liability concerns and their ability to legally perform maintenance and we are certainly open to that conversation. We are also happy to discuss the proposed river access improvements to ensure there is no physical impact to the existing trail or bridge which were constructed by Mt. Crested Butte.” 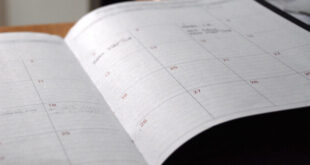 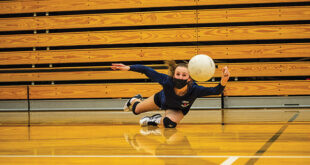 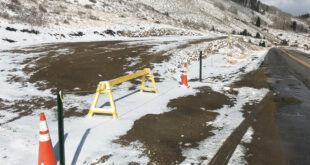