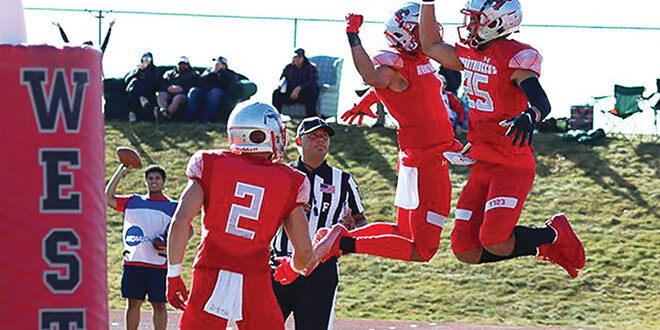 Western jumped out to a 14-0 lead in the second quarter but CSU Pueblo struck back on their first possession in the third quarter to tighten the game up heading into the fourth quarter.

Western’s defense did the rest as they held CSU Pueblo on a fourth down play and forced them to punt on their other four possessions to end the game.

Running back Josh Cummings racked up 119 yards on 27 carries including a touchdown. Quarterback Connor Desch finished the day with 12 completions for 160 yards including one touchdown pass to James Bryant.

Bryce Lucas rang up five solo tackles, including one forced fumble as well as a pass breakup, to spearhead the Western defense. Five other players finished the game with four tackles each, including Wyatt Buhr, who recorded one sack and three tackles for loss.

The Mountaineers are ranked 14th out of 28 teams in the tournament will host the first round game against the University of Nebraska at Kearney at Mountaineer Bowl on Saturday, November 20. Kickoff is at 1 p.m.

This Saturday’s game will be a big one, with a donor picking up the tab for faculty and staff tickets, and Western’s senior Cabinet sponsoring game entrance for students.

“We are so proud of our football team and can’t wait to support them on Saturday,” said Nancy Chisholm, interim president. “We want our entire campus and community to be there to cheer them on and show our Mountaineer pride in full display!!”