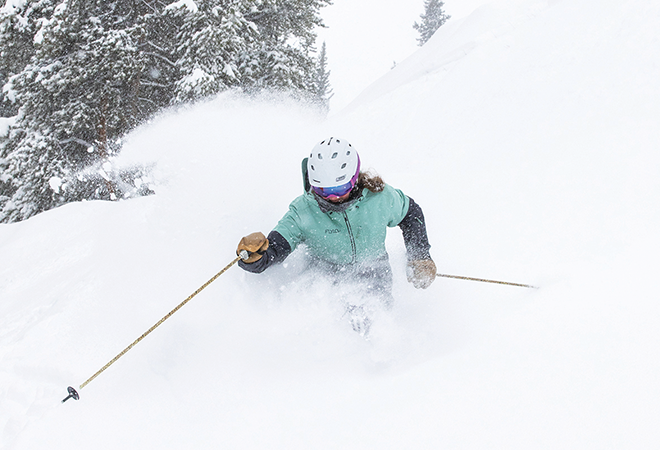 CBMR welcomes the holidays with events and more terrain

The holidays are here and terrain at Crested Butte Mountain Resort continues to open at a steady pace, welcoming the uptick in visitors coming to celebrate, ski and be merry. With another storm expected this weekend just in time for Christmas and the return of some beloved holiday events, the mountain is well poised to bring some festive cheer to the community before the New Year.

Terrain update
The Silver Queen Express started loading people this past week, opening up some steeper terrain up top, in addition to the Painter Boy and Gold Link lifts. As of Wednesday, nine out of 15 lifts are open and 43 of 195 trails are open.

“Our mountain teams have been working hard to open new terrain across the resort as we head into the holidays,” said Jess Miller, CBMR senior manager of communications. “Looking ahead, we are working to open West Wall and East River lifts next. The approaching storm will help with these areas and we’re excited to see some snow in the forecast.”

According to Miller, CBMR is also preparing to open the Prospect Lift and tentatively targeting its opening for the beginning of next week.

Holiday events
CBMR will be celebrating the holidays with several events for the community and visitors to enjoy throughout the week.

The ice carving festival Rock on Ice returned to Mt. Crested Butte this week, and folks can view and interact with the resulting larger-than-life sculptures on display in the courtyard at Mountaineer Square.

The one and only Santa Claus is set to make an appearance at the base area on Christmas Eve, December 24. He’ll be at Butte 66 starting at 4:30 p.m. for some après and photos.

CBMR also plans to ring in the New Year with the return of its annual Torchlight Parade and Fireworks Show on December 31. At 5:30 p.m., CBMR’s ski and snowboard instructors will provide a light show coming down the mountain, followed by fireworks.

“We wish everyone a happy, healthy and fun holiday season from CBMR!” said Miller.