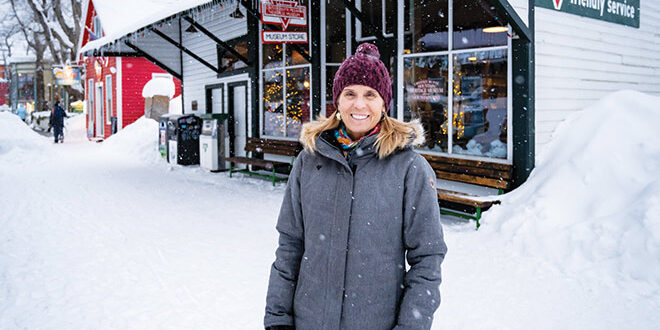 It’s a rare gift to know what you want to do when you’re only 17 years old. I didn’t know what I wanted to do but I knew it wouldn’t be math,” jokes Susan Beltz about choosing one’s life path out of high school. Last year, Susan quietly retired after 27 years of teaching at Crested Butte Community School. “For me, it was such an exciting career. Just being a part of all that growth and continuing to be part of an amazing school, being on so many planning and hiring committees. I loved my personal career and my own growth as a teacher, doing the best I could and watching our excellent school grow. Even though we’ve grown a lot, we still know our students. It’s one of the things that makes our school excellent.”

Susan spent the first decade of her childhood outside of Pittsburgh, Pennsylvania, before her family moved to Mount Lebanon, a suburb of Philadelphia in the Allegheny Mountains. Her dad was an investment analyst and her mother was a preschool teacher and homemaker. Although she had a classic childhood, playing outside all day in the summer, sledding in the winter, she says, “Mom really hated TV, so we got about two hours a week. Mr. Rogers was allowed but we had to talk her into Sesame Street,” she recalls. The highlight of her summers, and initiating her love of mountain living, was spending those halcyon days at her grandparents’ cabin in Keene Valley, New York close to Lake Placid. “The house was old and funky,” she says, but she loved being there in the outdoors, digging up old bottles and other tossed treasures with her sister.

Susan was a gymnast from the time she was seven, and when the family moved to Philly she says her new school, “Had all the equipment that I never had the chance to work out on.” She participated in field hockey and lacrosse while doing gymnastics in the winter in school and year-round with a gymnastics club through high school.

As a young teen, Susan’s family took an extended road trip west one summer to Durango, Rocky Mountain National Park, Zion, Bryce Canyon, Grand Canyon and even further to California, and enjoying it so much they did a second trip another summer to Glacier National Park, Yellowstone, Yosemite and up the coast to Oregon. The experience was revelatory to Susan. “We went to Mt. Hood where there was snow and people were skiing in the summer and I found out you could apply to work at a national park in the summer.”

Susan graduated high school in 1981 and attended Duke University, studying psychology and political science. “I liked how they went together. I loved learning about the human brain and why people behave the way they do. I liked political science because it was more about national behavior and what groups of people do, and why people go to war, which I think has a lot to do with psychology. One of my favorite courses was politics and the media. It dove into how you can skew what you’re saying and reporting, and how which clips you choose can make an article seem really factual when it’s really only presenting one side. It’s not true of all news,” she emphasizes. “As the world has evolved, with the addition of social media and news channels, I think it’s always important to consider our news sources, where our news is coming from, how it’s being presented, what they’re showing you and what they’re not telling you.”

While Susan was at Duke she decided to apply for one of those summer jobs at a national park in 1983, but she had missed the deadline. “So, I started looking for other outdoor jobs and was hired to do office work at Wildwater,” a raft guiding company on the Chattooga River on the border of South Carolina and Georgia, and she notes it’s where Deliverance was filmed. ”It was very remote. I knew I wanted to be a raft guide so on my days off I went rafting,” she says, with her guide friends who were more than willing to help with her informal training. She also signed up for an official raft guiding program and became a guide her second year working for Wildwater, which she returned to throughout her college summers. She graduated in 1985. “I still didn’t know what I wanted to do,” Susan admits.

Some of the raft guides were also ski instructors. “About 10 of them were going to this place I’d never heard of called Crested Butte.” Not interested in accepting big city jobs, Susan’s friends convinced her to try Crested Butte. It seemed like a good idea to take a gap year before possibly enrolling in law school. Susan and a friend loaded up the car and headed west in early winter of 1985. “We were in awe starting at Almont. I was thinking that this is the most beautiful place in the world.”

In typical old school, ski town fashion, there were six friends living in one house on Maroon. “There was already snow on the ground. I didn’t know how to ski so I toured around the yard on borrowed Nordic skis. I fudged about waiting tables and got a job at Rafters, for the pass, and another at The Tin Cup.” Susan bought some downhill gear at the ski swap, even though many of her friends were telemarking. “I was terrible at first,” she says of learning to ski. “I lost all my gear on Smith Hill, but I was so excited about skiing. I absolutely loved it. I loved the town because it felt like Wildwater, but bigger, with bars, restaurants, a movie theater and things to do and lots of young people.”
The Maroon house was condemned when the pipes froze and took out the ceiling. Susan wound up couch surfing to finish out ski season until a condo on the mountain opened up. She had already fallen in love with the CB lifestyle and her friends encouraged her to stay for the summer.

“By then I was realizing I wasn’t going to law school,” she laughed. “I really just wanted to stay in Crested Butte.” Susan tried raft guiding locally but, she admitted, “The water was so cold and I was making more money waiting tables.” From 1987 through 1992, she waitressed at Bacchanale but also took a job at Cattlemen’s in Gunnison because she needed year-round income.

“I’d see him walk by to the gym in the old Croatian Hall,” Susan recalls of noticing her now husband, Kevin Beltz, in the spring of 1988. “He lived around the corner from me in town,” and when she bumped into him at a party, she smiles, “The rest is history.” They were married June 1989. Their daughter Kelsey was born in 1992, and son James arrived in 1997.

“Waitressing is a great job, but I didn’t want to make it a career. My mom was a teacher and it really spoke to me,” she says. Susan enrolled at Western State College (now Western Colorado University) in a teaching certification program. After student teaching in CB (with Jean LaTourette’s first grade class) Susan was certified in 1991. Teaching positions were tough to land in Crested Butte. The old school was small with one teacher per class, but the school was growing, and the town wanted their middle school back, which had moved to Gunnison. Susan had volunteered at the school as well as being a substitute teacher back when they were sharing a principal with Gunnison two days a week.

With the advent of the return of CB’s middle school, and a position opening up when Jean LaTourette moved, Susan was hired to teach combined second and third grades for the school year 1994 to 1995. “I was super excited to get that job. I had 15 kids and we packed that small room full.” When planning for the new Crested Butte Community School began in 1995, Susan was part of the building committee, working with the architectural team, community members, teachers and administrators. She taught in the new K through 12 Crested Butte Community School when it opened in the autumn of 1997.

“I switched from multi-age classes to looping, which means I got a class of second graders and kept those same students for third, so I had them for two years. I loved looping because you really get to know the students and they get to know you better too. I looped for eight years, after that I settled in at third grade until I became the literary specialist.” She became a literacy specialist for kindergarten through fifth grade in 2018, which is what she finished her career with in June of 2020.

Susan says she misses being an everyday part of the team of adults and students that she really loves. “I think the Crested Butte staff is very close with each other. I miss being able to see those people every day.” She’s filled in that missing piece by tutoring. “I don’t see as many kids, but I love tutoring. I tutor kids from kindergarten up to eighth grade. I design lessons for that particular child. I love being connected to kids and education.”

Susan says fondly, “I love our small town feel, even though we’re bigger, but going into town I’ll always bump into people I know. I think that’s a really special thing about CB, the community and also the natural beauty, being able to leave your house on your bike and get to Strand Hill without a car or be on the slopes in 20 minutes.” 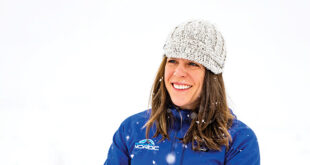 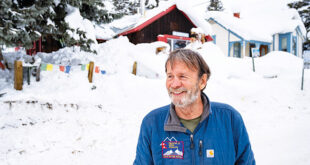 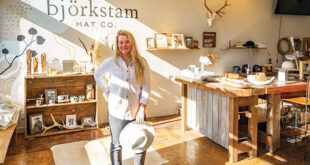 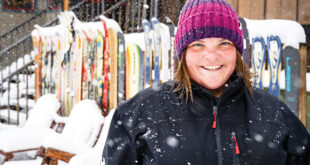 Story by Dawne Belloise photos by Nolan Blunck During the summer, Erica Rasmussen’s garden is …