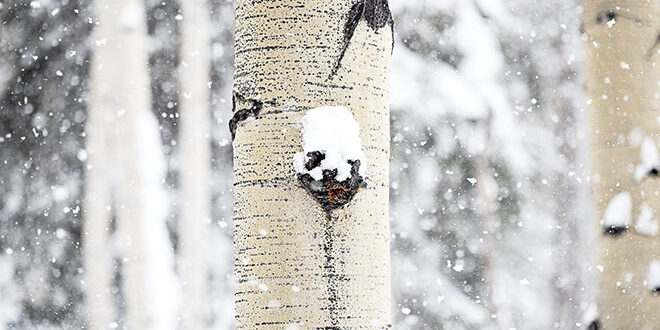 And now the hard work begins…

Will Crested Butte’s Community Compass long-term planning project actually guide the future of this community or will it be just another document for the dusty shelf? It feels that some on council are waiting for the document to provide easy answers to every hard question ever faced in town, but I’ll bet a dime to a dollar that won’t be the case. I’ll be happy if it can simply make clear the community vibe in 2022 and help point the way toward the path of a cool and interesting future that keeps this a different and vibrant community where all sorts of people can live, work and play until the end of their days.

The Compass undertaking is finishing up the first phase where town planners spent months reaching out and gathering input from hundreds of locals and visitors about what they see as important now and into the future of the North Valley. Chatting with people about their ideals is the fun part. CB’s Compass Couple Troy Russ and Mel Yemma sincerely want to hear from everyone so if you haven’t participated, give a ring at Town Hall. Preliminarily, Mel and Troy along with some planning consultants came up with six “emerging core values” identified by the community.

As you would expect, those basically included a community that cares for its people, an appreciation for recreation and the great outdoors, the desire to keep Crested Butte a small livable town that has an authentic feel, a commitment to environmental stewardship and climate action, a desire for a town that is pedestrian and bicycle friendly that promotes social connection and an economy healthy enough for people of all economic stripes to be able to live here.

Few will disagree with those stated values as we evolve every day into a more expensive resort community at the end of the road.

It is easy to put idealism on paper. The hard part comes in the details amongst continual evolution. Those involved in this Compass process admit that drilling down will result in tensions. Are people willing to build affordable housing on or near wetlands that shrink open space and views and impact wildlife? Do you max out the density of local housing projects to get another couple units on the property to the detriment of quality of life for those that will end up living in a crowded project? I hear some people say they love the ranches and what they bring to the valley while later grousing about cows on the trails or the inability to access amenities on working ranchland conserved in part with public dollars. Many embrace the dream of Crested Butte being an idealized Zermatt in the Rocky Mountains with a ban on all vehicles but as CB community development director Troy Russ pointed out Monday, traffic is us — and when push comes to shove how do you ban your neighbor from having a vehicle when they use it all the time?

When people say they want to “keep the rough edges” of Crested Butte what does that mean? One rough edge back in the day was that there wasn’t a high school in town and teens were bused to Gunnison. No one I know with kids wants to go back there and I’d argue the school has brought more change to CB than just about anything. Living in a drafty old mining shack where the dog’s water bowl would be a bowl of ice every January morning was a rough edge but is not something I want to experience again. Not plowing until there’s six inches is great on day one of a snowstorm but as I watch people fall on the icy snowpack all over town because plowing couldn’t keep up last month, is that a rough edge worth keeping?

Despite some believing this is the first long-term planning exercise ever conducted in the valley, there have been plenty. Turn to the 20 Years Ago Today section this week for an example. The tricky part comes when decision makers confront the reality that their vote to change things will anger their neighbors…so it’s just easier to call the plan a success and put it on the shelf. I hope the Compass provides more.

Troy and Mel have put in the most time and effort I’ve seen to reach out to a broad swath of the community and they are only at the end of phase one. Kudos. I think they understand that phase was probably the fun part of the process and they admitted Monday there is some real work coming up. Hard decisions, regional partnerships that aren’t automatic given differing priorities, defining what individuals mean when they say something as simple as ‘pedestrian friendly’ all bring up issues.

I must say that Monday’s council discussion was an interesting brainstorming session. I heard the council conclude more than once that keeping a lot of the unique Crested Butte flavor depends on basically staying a small, intimate community. I absolutely agree but even that simple conclusion brings up tension points. Do you build enough local housing in the North Valley to fill every empty job in every business or do you build just enough to keep the place vibrant with local residents? Is that the same thing? That’s a density conundrum. Do you go way out there and purposefully make decisions, like mayor Ian Billick brainstormed, that declares this a place where people are not penalized for chatting with neighbors on the street that results in them being late for a meeting or work? Are we ready to go all Mediterranean or Costa Rican? Sounds great unless I’m the one waiting for the dude to take over my shift so I can pick up the kid from school. What will “Crested Butte time” mean in the future? I do like Mona Merrill’s dictum to keep the community a place where we can all “be present.”

While I remain a tad skeptical over the proclaimed panacea of what this project will do, I am impressed with the real effort being put into this Community Compass. It gives me some hope. It is obvious as I wrote last week that the old-school Crested Butte is at a tipping point. I personally miss those days but honestly, elements like the old-school CB with frozen dog dishes and no high school is not a place we need to go back to. It’s not about replicating the good ‘ol days, it’s about keeping the flame alive.

Practically, it might be having the town council (and county?) require that any new accessory building like a garage include a deed restricted, rentable accessory dwelling unit and tweaking the codes to make that possible. It might be giving up a few rental units in the big proposals so the eventual residents have room to breathe and park and store their toys comfortably. Think quality over quantity in the long run. It might be the county putting a hard cap on home sizes and charging a substantial workforce housing fee with a building permit based on valuation (instead of square footage?).

The challenge at this juncture is to maintain the spirit of old school CB while moving forward. The Compass is providing a chance to set and publicly state the new path or at least point the way toward that path. This place is always evolving, and not always for the better but I give credit to this team for trying to determine what we, as the current caretakers of community, can do to guide the inevitable change.

Now it’s on to the hard work.