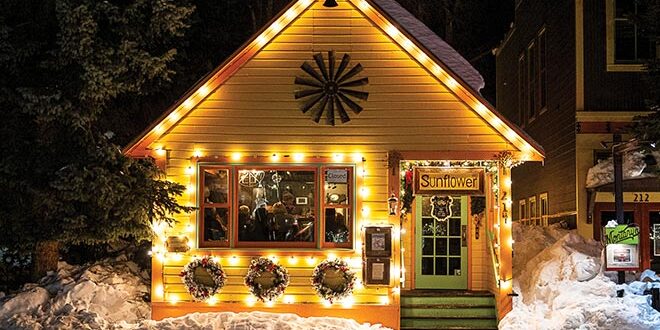 All I really want to write about is the idea of the new affordable housing project in Crested Butte being named Butteee McButte Face. The idea sort of came up at last Monday’s town council meeting.

“Hi, Fed Ex here. We’re having trouble finding your place. Where do you live?”

While Internet humorous, the CB town council rejected the Buttee McButte Face idea and I’m sure we’ll end up with a name tagged to a local landmark like Mineral Point or Yule Pass apartments. Yawn. You could sort of combine local landmark and edginess and name the workforce project after Unemployment Chute or Smoke a Bowl Point but I don’t see that happening either. Both are definitely politically incorrect these days, apparently like our reference to a pack of cougars on last week’s front page or the ad with a drawing of a naked woman two weeks ago — both of which drew comment to me from some less than pleased by their inclusions in the paper.

Instead let’s look at the Mt. Crested Butte Homestead housing project. It could be called Cluster McClusterface.

Given a tsunami of circumstances that occurred after the deal was struck, that project is an incomplete skeleton of what should have been a robust housing development of 22 new workforce units more than a year ago.

At the time the contract was signed in 2018, everyone had faith in one another and was excited to move ahead in harmony with the work. The Oklahoma developer hadn’t really built units high in the mountains but how hard could it be? Town was ready to donate the land and get working locals in nice new units. What could happen? “Paging Mr. Virus, Mr. Corona Virus. Please pick up the white emergency phone and hold on…”

The pandemic threw a giant monkey wrench into the project. Construction issues not related to COVID-19 emerged as building at 9,300 feet is a bit different than it is on the plains of Oklahoma. Then supply issues, significant increases in construction costs, worker shortages and weather came into play and today there is what looks like an abandoned development sitting in the Homestead lot with no one excited to talk about it. I understand the uncomfortableness of the situation, but the current reality is what we have to deal with. As much as anything, I’m thinking of the tragic reality of those who gave up places to live because they expected to be hanging out in a sweet new Homestead unit more than a year ago and have been left out on the curb.

Look, no one could have predicted a pandemic and all that came with it but isn’t that the reason to include ‘insurance’ in any contract? It’s there if the unexpected happens and stuff goes sideways. This project has apparently gone sideways, upside down and backward in somersaults. After several times asking Mt. CB town administrators about recourse given the obvious cluster of a situation, we filed a Public Records Request to obtain the original contract between town and developer Lance Windel.

While certainly not an attorney, I could find no indication in the original 48-page agreement that there was a requirement for a performance bond or letter of credit from the developer. Town attorney Kathy Fogo confirmed that Wednesday morning. We asked about next steps available to town to perhaps get the property back in public hands to somehow complete the affordable housing project and got the expected nebulous answer about how town is looking at all their legal options.

Fogo said and I’ve read where the contract allows the town to do one of three things in a default: 1) Exercise its option to purchase; 2) Exercise the right to assumption, and 3) Exercise a right to specific performance. I don’t see in the contract what any of those mean. Kathy said the town can get the property back as a result of that part of the contract but, “describing how or the options would get into discussions that we are not ready to release to the public at this time.” That too is fair and will, I’m sure, be made clear as the town goes further down the legal path.

It appears this unpleasant situation that is now on a legal path grew out of sincere motives that were swept over in a flood of unexpected circumstances…which is why a contract that includes specific ways to fix unexpected problems is normally part of any agreement. The closest specific, as far as I can tell, is that the developer signed a “Personal Guaranty” document that reads Windel “personally and unconditionally guarantees the full and timely performance and observance” of everything in the agreement. Until he doesn’t.

None of this bodes well for a quick resolution to a problem that has impacted not just the town, the overall housing valley situation and the nearby neighbors but more personally, scores of locals who gave up roofs over their heads because of the expectation that they would be living in a new Homestead unit more than a year ago. They aren’t.

I actually have empathy for everyone involved as a perfect storm rolled in and everyone appears to have ended up in a sea of unfortunate circumstances that is keeping their heads under water. But reality is different than sincere motivation.

Lance said he has proposed a path forward but received no response from the town. We will eventually see if the town’s and the developer’s lawyers can work out a deal that satisfies everyone caught in the middle. It likely won’t be easy, quick or cheap. Since the only hard dollar recourse I see is the cleanup deposit of $82,599, hopefully lessons learned.

In the meantime, maybe the name of the project should be changed from Homestead to Screwy McScrewedface.