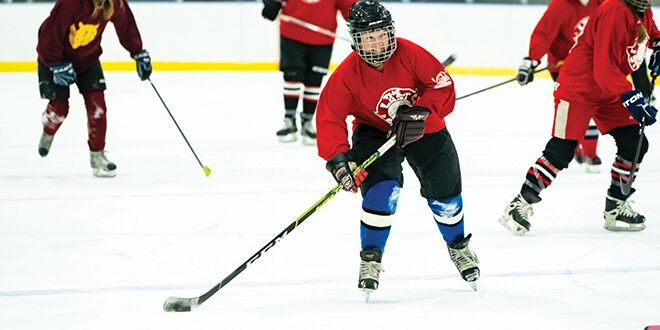 Shows what I know

It wasn’t looking good for YoGûy Acupuncture Monday night as they took the ice against the Last Steep. While YoGûy was struggling to put a full team on the ice, the Last Steep was large and in charge with everyone on hand for the game. Well, everyone except their ace-in-the-hole Shane McGuinness. Still, it looked like it was going to be a blow out.

Instead, YoGûy played out of their heads led by the effort of their goalie Lucas McMullen to skate to a 3-3 tie with the Last Steep.

Shows what I know.

The tone was set early in the game for YoGûy when the Last Steep pressed hard leaving McMullen stickless and still making saves to stave off the onslaught.

A couple more YoGûy players then showed up to join their initial team of six players and one in particular had the instant impact of a Bombay gin martini. At least according to my dad, when at the young age of 12 I gagged on a sip of his martini and I asked him why he drank them.

Dan Downing had barely a second when he joined the bench before he was on the ice and made the most of his first shift scoring a powerplay goal for a 1-0 lead.

The Last Steep struck back 90 seconds later on their powerplay as Dennis Magnetti skated his way through the high slot to fire a wrist shot past McMullen.

Both teams lived off of pinpoint poke checks in neutral ice to keep the game borderline chaotic and Eric DiMarco came up with a big save in the final seconds of the first period to deny YoGûy and keep the game locked in a 1-1 tie.

YoGûy stepped on the throttle a bit in the second period going all in despite their short bench. The effort backfired initially as they were caught out of position and a pass from Erin Kelly found Issac Long open and Long scored, long he has been for so many years, to put the Last Steep on top 2-1.

At this point the game could have continued on that path except YoGûy has a Rhinoceros on their jersey. Why that matters, I don’t know but it’s cool and worth mentioning. It’s also part of the Rhino Skin herbal tincture immunity shield that may also be part of the secret to their success on this particular evening.

Because, as it turned out, YoGûy scored another powerplay goal three minutes later. Guy Ciulla fired first from the point but DiMarco stopped the shot only to give Ciulla another chance soon after. This time, Ciulla skated in closer to fire away and picked the upper corner to tie the game back up 2-2.

YoGûy put in one final surge in the waning minutes of the second period but DiMarco diNied the firing line to, again, maintain the tie heading into the third period.

At this point, it was time for the Last Steep to take over. With such a deep bench it seemed only a matter of time before they would wear out YoGûy’s eight players.

Yet, they just couldn’t seem to find the right mix of shift changes and puck movement and YoGûy took the lead once again in the fourth minute of the third period when Long set up Ian Baird for a goal in tight on the Last Steep net.

The Last Steep saved face in the seventh minute when Long found Mason Miller open and Miller picked the low corner with a slapshot, or town league approved slapshot, but YoGûy hung in there to hold on for the 3-3 tie.

Shows what I know.