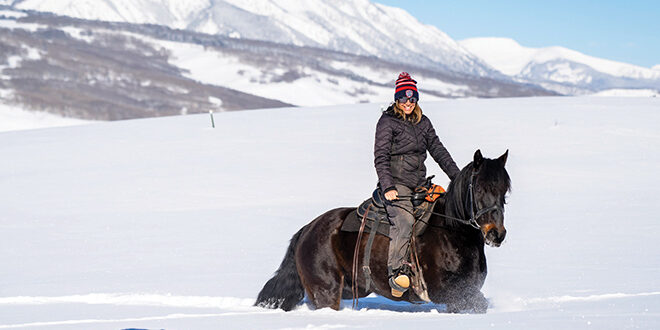 In her early youth, Darcie Perkins lived in a typical Chicago suburban house that backed up to a green belt with a park. There were soccer fields, bike paths and ponds that she’d ice skate on in the winter. She was an outdoorsy, sporty, soccer playing, self-proclaimed tomboy who remembers planting flowers, going summer camping, and when the family moved to Milwaukee, swimming in the many lakes.

In Milwaukee, Darcie attended a very artsy school where the academic curriculum was of high standards. “There was so much freedom. We could walk to school and home to go see my mom for lunch. I remember so much joy in those classes and loved school and then, we moved to Dallas,” she recalls, and expresses how things were radically and distressingly different for her. “My first day of school in Dallas was a big transition, you couldn’t talk at lunch and you had 15 minutes to eat, recess was very short, only 15 minutes to play. As a girl, there were dress codes. I wanted to go run around and play, but the girls just sat on the swings and the boys were playing with balls.” Darcie was instantly ostracized. “It made me very aware of the value of culture and gender norms in sixth grade. It was a completely different culture.” She notes that the differences in the perspectives, from Milwaukee to Dallas, of what a girl could or should be was a painful experience and transition for her. ”It was very hard as a young girl but it also made me aware that there were different expectations for girls in Dallas and those expectations were confining and limiting. It was culture shock.”

Darcie slowly adapted, although she feels it wasn’t a good year for her whatsoever, she did make some friends. “I had to conform but I shook off that conformity once out of high school and I never went back to Dallas. I have worked my entire life to challenge what I consider gender stereotypes and inequality.” She was able to play sports through high school, playing for the Dallas Sting, the high school’s club soccer team that was considered one of the best in the nation for girls. Darcie graduated in 1991. “I knew I was a soccer player and wanted to play in college. I knew I wanted to be as far away from Dallas and Texas as I could.”

Darcie decided on the University of Connecticut in Storrs. “It was cow country and I was used to living in big cities and I just loved it,” she says of the contrast. “I joined the soccer team and never looked back. I was so happy being in a place that treated women a little differently. We started to get the same per diem as the men’s team and we were treated more equal. It was liberating. I could be me, I felt valued. It gave me hope and I felt like I could do anything.”

Darcie says she loved the concept of self actualization, of being the best you can be. She created her own degree based on that theory since it didn’t exist in that college. “It was called Self Actualization Studies. I did an individualized major that combined course work from psychology, business and philosophy. I was really interested in working with businesses to help them be successful in terms of working with their employees or leadership. Rope courses were really popular at the time, which was outdoorsy, experiential and taught how to work as a group or team.” When she graduated in 1995 with BA in Business Psychology, it was the field Darcie thought she’d enter, “But I got a soccer coaching job at the University of Maine.”

It was in Maine as a coach Darcie met her husband, Dusty Perkins, who was a soccer player and captain of the team there, so they had to do many events together, then they both went off to the same graduate school at the University of Massachusetts in Conway. “It was a small, private program that focused on environmental, energy-wise landscape design and planning – native plant palates and properly siting for passive solar, sun position, site orientation, a program meant to transform energy, environment, and sustainability.” Darcie had become interested in environmental landscaping in college in Connecticut and was involved in greenhouse growing. “I had a keen interest in doing what was right for the environment, and it was exactly what I thought I wanted to do.”

She was then hired by the Maine Coast Heritage Trust, which was the first established land trust in the U.S. “I was a land protection associate, drafting land conservation easements. What was happening to the people in that region is what is happening here now. These were hardworking fisherman and lobster men, and for generations they had hundreds of acres of land, some of them thousands of acres, with cranberry bogs, blueberry fields and undeveloped land. Land values went up because people from cities, who wanted to get out and have space, were moving up. These rural areas and coastal properties were becoming scarce and the areas were pretty depressed.”

The land trust would work with the landowners to put conservation easements on their property, “The result of those easements was that their land values would go down and their taxes would decrease because they couldn’t afford to pay the increasing taxes on their land anymore and we were conserving resources for the future so it was a win-win in a lot of cases,” she explains. She stayed for three and a half years.

Dusty had gotten his Ph. D in Wildlife Ecology and found a job in the Everglades with U.S. Fish and Wildlife. By then, they had had their first son, Tanner, born in 2001, so the tiny family moved to Naples, Florida. “We could afford to have me stay home with Tanner,” she smiles. And she decided to start up a business, making a product that attached to the mandated hurricane shutters, “It was an aluminum window flower box attached to the shutters and could be removed should a hurricane come through. The prototypes sold out in two days, just in my little neighborhood, and they were expensive,” she muses. She had a patent pending on the box, but was diagnosed with thyroid cancer and wasn’t able to follow up. Their second son, Jack, had been born 2004, and was only 10 months old when she was diagnosed. “It paused a lot of things. My focus was on my family first. I was afraid my boys would grow up without me.”

The family moved again when Dusty was hired at another position in Dripping Springs, Texas, just outside of Austin. Darcie homeschooled Tanner and started another business as she saw another opportunity, “English as a second language is big in Texas but there was no opportunity for an English-speaking child to learn Spanish,” she surmised. “I created a curriculum for homeschooling with a native Spanish speaking woman who would read and do crafts that revolved around native folk stories and songs all in Spanish,” she describes her full immersion program. “Word got out and my house wasn’t big enough, so it developed into placing an additional Spanish speaker into three preschools and a few private schools.”

Darcie sold her teaching business after her hubby’s job relocated them to the Western Slope of Colorado, this time with the National Parks Services overseeing ecological research in 16 national parks of the northern Colorado plateau, which included the Black Canyon of the Gunnison. “And that’s how we got to Colorado,” she smiles.

They moved to Grand Junction. After her cancer treatments, Darcie was exhausted and needed to heal and recalibrate, which took a couple of years. Although still recuperating she started running and became a trail runner. “I became addicted to it, it healed me. I focused on my boys again. It was three great years there. Dusty had to travel all the time and we traveled with him. I’d be homeschooling the boys in places like Arches, Fossil Butte, Chaco and revolved our curriculum 100% around our trips. We had so much fun and my boys got a lot out of it.”

They loved western Colorado and on one trip, they discovered and fell in love with Crested Butte and began searching for a home here. “We were able to offset our mortgage by buying a place in CB South with a rental unit on it. We wanted stability for our boys, Tanner was now 10 and had lived in four states and five different homes. We wanted to give them community. We love the outdoors, the beauty, and we hike, we camp, and my boys love to fish and hunt. It was a good choice. For me, being in Crested Butte was the first time I started living again. It was when I realized I was going to be okay.”

These days in the Gunnison Valley, Darcie wears a lot of hats. She is the former executive director for Living Journeys, and is currently a step consultant with the Community Foundation, helping non-profits in various strategic planning and best practices. She also works as a consultant with Managing Results, a national consulting firm who also works with non-profits and governmental agencies around the country. As a natural entrepreneur, she’s again started her own small, seasonal business named Decorate CB. “It’s a holiday decoration installation business. I do interior holiday decorating and exterior lighting displays, both residential and commercial,” she explains.

Three years ago, they found land at Jack’s Cabin and built a house, selling their place in CB South. It allowed them to have their horse, which Darcie rescued from the wild and trained. “That horse has changed my life. We feel extremely grateful and fortunate and we hope to stay here the rest of our lives.” 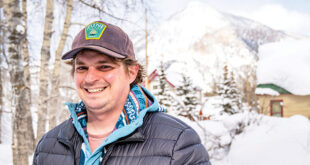