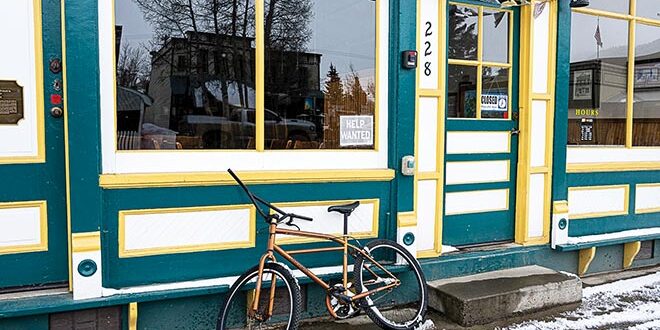 No one should expect to get a white picket fence and private backyard for the dog in the upcoming affordable housing projects in the towns and county. But they should also not expect elbow-to-elbow conditions with no place to park or a place to let the dog out…and there should be dogs allowed. They shouldn’t have to worry if there will be 40 students in their kid’s classroom that doubles as a janitor’s closet. Quality living is just as important as an extra apartment.

The next significant regional workforce housing project is being discussed by the Crested Butte town council this Monday and if all goes well an offer will be made to a potential developer or two to come up with approximately 48 apartment-type rental units and 32 for-sale housing units.

Most of the development will be constructed at the corner of Sixth and Butte (hence the snappy name) with some other construction basically filling out the Paradise Park neighborhood. It is in the aptly named Paradise Park that a cross section of the North Valley’s working class resides and pretty much everyone I talk to that resides over there loves it. And that is something I will continue to bring up with the government entities doing the good work of providing affordable housing…a primary goal of any initiative should include making it a place people will love living. That means a focus on quality while balancing quantity.

At the April 13 Crested Butte council work session there was the sprout of an idea mentioned to adjust the town’s parking regulations to require fewer parking spaces in order to get another living unit or two included in the construction. That would be a mistake.

For one, the reality today is, like it or not, most people come with vehicles. Now some may not use it as much if they live in town but I guarantee 95% of the people living in workforce housing (or not) own and use a car or truck. It might be only to go to the grocery store where they have a half dozen grocery bags filled for the kids. It might be really rare and used when they want to get away to the desert after the lifts stop spinning. It could be every day when they go to a job not on the bus route. It might be a car with a snowmobile trailer or truck to throw in the bikes and kayak. We all have toys. But in the current day and age — despite our wishful thinking that we live in a La La land where vehicles are a mild luxury that will be easily discarded by those of right mind — there will be vehicles to deal with. I’ve suggested finding a place like a lot in the Whetstone Industrial Park where people could park their vehicle and avoid the congestion of town. That idea hasn’t gotten a lot of traction.

Despite being criticized when I mention the adage that based on past experience in other growing resort communities ‘you can’t build your way out of the problem,’ no one can show me where that has successfully happened. It hasn’t happened in Aspen or Telluride or Breckenridge which all have more money and more affordable housing units than this valley and are all still echoing the same frustrations we voice when it comes to providing places for local workers to live.

There is an apparent belief by some that building say, 75 units at Sixth and Butte and another 200 at the county’s Whetstone parcel with more in the North Village in Mt. CB and perhaps adding Brush Creek to the mix, will not add people that use the goods and services of the North Valley. Huh? That stance seems ludicrous.

There will of course be some workers that live up here now in a crappy condo, in a small ADU, in the third bedroom of a three-bedroom house, or even in a van down by the river that will move in a heartbeat to any new affordable rental apartment. But aside from the van down by the river, that will mean the crappy condo, the ADU and third bedroom will likely get refilled with another body thus adding hundreds more people to the local population. And that is fine if those responsible for the additional units face the reality that the growth, even good growth, has ramifications and the impacts should be considered as part of any project. Reality isn’t always easy.

We have all talked about the overcrowded classrooms at the Crested Butte Community School. They will not become less crowded when another 150 students are added to the student population. The same goes for the use of the parks that are located primarily in Crested Butte, the trailheads that are scattered around the upper valley or the parking spaces that are filled every season by locals and tourists alike.

Most directly, eliminating parking to add more units (which means more people and more vehicles) can be expected to ultimately lead to future tensions. Who needs the angst of neighbors confronting one another over the lack of parking when say, a friend drops by for a beer and takes the last remaining space normally occupied by someone living there?

There was no single reason the Corner at Brush Creek proposal didn’t make it across the finish line. There were water issues, personality conflicts, NIMBYism, antagonism on all sides. But one overriding big picture concern not addressed at the time was the mitigation of impacts to the greater community. Both the towns of Crested Butte and Mt. Crested Butte voiced early and often that impacts of that much growth could not be ignored and just put on the already taxed towns, schools, transportations systems and backcountry stewards.

To cut out some required parking at the Sixth and Butte project to get another unit or two on the property would undercut any argument the town would have with the county to address impacts it will inevitably see with hundreds more people living two miles south of the town boundary in Whetstone. Reality isn’t always easy.

A few years ago a businesswoman no longer here suggested the town provide housing in the form of basically cinderblock dorm rooms that could be hosed down in bleach when people moved out. Throw a bunch of bunkbeds in and fill ‘em up. The government representatives could do that and while it might be great for seasonal dishwashers here for one winter, it is not community. It is not neighborhood. It is the antithesis of Paradise Park which is considered the role model for a working-class neighborhood. When the council and county make hard decisions on their upcoming workforce housing projects, keep in mind that while reality isn’t always easy, it is not something to ignore.