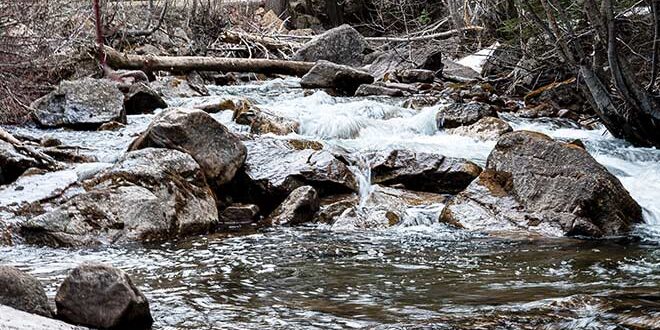 Let me suggest… that you not choose this week to burn out the ditch before water starts flowing given consistent winds day and night with some gusts hitting 70 mph. Don’t burn the construction scraps or decide now is a good time to celebrate the Fourth of July early. One ember could spread darn quickly with the current spring conditions that seem to have deposited half of the St. George, Utah desert on the surrounding peaks. In that vein I would suggest not camping beneath really old, hollowed-out cottonwoods either.

Let me suggest… that the reason Mark Walter is ignoring my requests for a phone call to see what plans he might have for all the real estate he is buying up in Crested Butte and the valley is because he has been busy buying one of the world’s premier sports teams. Fair. He and some other billionaire type partners are on the verge of owning England’s Chelsea Football Club for more than $3 billion. He’s obviously a busy guy and has more important things to do than set aside 20 minutes to talk to me about what might go in The Brick. Still, it seems the right thing to do. My number is 349-0500 ext. 109 or he has people with my cell.

Let me suggest… that speaking of the Brick — whoever is in charge of the Mark Walter Crested Butte real estate dynasty might think about opening the shutters of the tiki bar on the patio and offering a couple cocktail hours at a minimum as we move into late spring. It already feels desolate and I’m not hearing about any real movement. Heck, let me sublease the tiki bar/patio and while I probably couldn’t make enough to join the Chelsea partnership group, I’d bet with a couple beer choices and a grill for hamburgers, that I could pocket some good money during these warming spring afternoons and provide a good amenity for the town.

Let me suggest… that as a guy who has used the Late Night Taxi and also watched as some tourists started slogging up Gothic Road in the snow after midnight that the two town councils should not hesitate to help fund the service that always seems to have to struggle for dollars. The RTA board has committed $30,000 in what is expected to be a $150,000 need. During last week’s RTA meeting, Mt. Crested Butte RTA representative Janet Farmer gave Mountain Express managing director Jeremy Herzog an off-the-cuff warning that the RTA contribution would probably be a lot simpler than getting contributions from the two towns. I don’t understand why. If you invite people here and take their money, it is bad manners and even worse form to purposely not provide services that are needed by those visitors. Providing a safe way to get back to bed after enjoying a late night in a resort is a needed service.

Look, a ton of sales tax collected by both towns is meant to fund transportation. Bars and restaurants generate a bunch of sales tax in a resort community. For example, that sector contributed more than a half million dollars in sales tax to Crested Butte in the first three months of 2022, $205,832 in March alone. If 80% of the Late Night Taxi service is run basically between Elk Avenue and Mt. CB, both towns should happily pick up 80% of the expected subsidy. It’s cheaper than running the buses to 2 a.m. and Lord knows it’s safer than letting late night revelers hop in their cars after a few beers and a shot in the wee hours.

Let me suggest…you take the time this Sunday evening to watch the total lunar eclipse. It should start about 8 o’clock, peak about 10 and finish after midnight. It sounds pretty cool.

Let me suggest…that when it comes to workforce housing, having all deed restrictions tied to Area Median Income (AMI) is not ideal. While that provides an avenue to some federal funding (through LIHTEC tax credits), makes it profitable for developers to do such projects, and probably works well in bigger cities —small resort communities are a different story.

I would say that no one depending on a paycheck can afford a free market house in Crested Butte at the moment. Small business owners are squeezed as well but likely can’t qualify for affordable housing. If a well-paid executive type or restaurant owner makes $150 or $200K, the numbers still don’t work out to afford a $2.4 million fixer upper. So, I would suggest the priority consideration for deed restricted housing in the North Valley should perhaps shift from what someone makes to what they do. Do they plow the streets when it snows a foot or teach the kids who attend CBCS? Both are a need. Do they work as a busser at say, Elk Avenue Prime? Given AMI qualifications, the busser would probably qualify for a deed restriction based on income while the plow driver who might be married to a teacher would likely be out of the pool and out of luck. Building housing for the busser instead of the plow drivers and teachers gets a community worker in the unit, and that’s important, but doesn’t it really just subsidize a billionaire? How do billionaires, millionaires and companies in the valley worth billions (Vail Resorts anyone?), and second homeowners who promised to help financially, get motivated to pony up for housing? Private businesses with the means should not wait just for public projects.

I keep asking if the standard affordable housing template has worked someplace else and if another resort community has built their way out of the housing problem, and no one has shown me an example of that sort of success. Let me suggest shaking up the thinking to come up with something entirely new and creative that prioritizes “essential” community workers first no matter their income, might be a worthwhile shift. Is a tiered system of priority really not workable to help maintain broad community?

Let me suggest… that we humans give a little breathing space to the heron rookery on the Upper Slate River while it’s used as a nursery. As the river is rising and more and more people are coming to the valley, the paddleboards will be proliferating. It seems fair to let our wildlife neighbors like the great blue herons have some space to raise their chicks in the spring. Having them here is something special and we should respect that they still choose to come here.

And finally, in that ‘special’ vein, let me suggest… you don’t lose your appreciation of this place. While my cynicism meter is more frequently hitting the red line these days, the valley remains pretty darn good. My kid has taken to river life and Monday in the wind he was paddling the lower Slate. He posted an Instagram video of floating through the gold reflection as the sun was setting behind Red Lady. ‘C’mon’ was all he said. Indeed. May I suggest that you don’t close yourself off to the incredible magic that surrounds us and we sometimes take for granted.