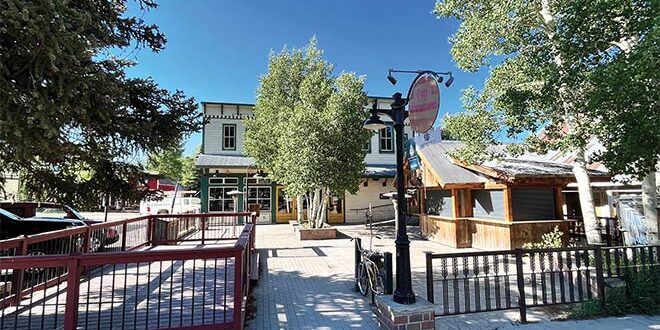 Smoke Shop Barbeque, Thai Chili 78 and others coming soon; no plan for The Brick…

Now that it’s officially summer in the high country, a few shake-ups in the local restaurant scene lately have made the question among visitors and locals alike of where to dine in Crested Butte more pressing. While some establishments have moved locations in town or remained in place but changed ownership, some buildings are being reinvented as entirely new restaurants that will take time to develop. Anyone looking to dine out this summer can expect a temporary new barbeque option, a new Thai restaurant and dark shopfronts at the former Brick Oven Pizzeria and Princess Wine Bar but more changes are slated to come down the road.

There are plenty of family-owned spots in town, and there are also several restaurants and spaces owned by prominent businesspeople such as prolific Denver restauranteur Jeff Hermanson and international financier Mark Walter.

Perhaps the most pressing question to locals is what will become of the former Brick Oven Pizzeria, which ceased operating after 20 years this spring when Walter purchased the building. The expansive outdoor deck has always been prime seating on a summer afternoon but according to Walter’s employees there is not a plan for the doors to reopen just yet. Walter has purchased several other commercial buildings in town and around the Gunnison Valley, including the Forest Queen, The Princess, Wooden Nickel, Elk Avenue Prime and the Almont Resort.

Ivan Giani, general manager of restaurant operations for some of Walter’s holdings in the area, said that plans have not yet been determined for the buildings that are not currently operating.

Giani said the Princess building at 218 Elk Avenue has been leased to someone else, and he had no information about what the tenant was doing with the space. A sign posted on the Princess door this spring stated: “Due to miscommunication with the previous owner, the Princess Wine Bar will be permanently closed. Unfortunately, no compromise could be reached despite our best efforts. The Mark Walter Group and the town of Crested Butte have both been wildly supportive throughout this project. Current ownership is working to ensure the doors reopen in some capacity. TBA”

The sign had no signature on it and has since been removed and the windows on the building covered.

According to Crested Butte town finance manager Kyle Thomas, “There are no current business licenses under [Princess Wine Bar] or anything located at 218 Elk Avenue.”

Giani said Walter plans to visit Crested Butte sometime this summer, and “At that point there will probably be a chance to sit down and figure out what’s going to happen with these buildings.”

“So far we’ve had a great response from the community,” says Kraus. “It’s always been a community gathering space and Jeff wanted to get that back open as soon as possible.”

While the previous owners removed most of the memorabilia prior to the sale, the space will otherwise remain the same for the foreseeable future with changes only in some of the kitchen equipment and in the basement.

“The Steep has a very similar feeling to what it was when it was run by the Hartigans,” says Kraus. A few new menu items will reflect an increasing demand for salads and lighter fare, he says.

“Sometimes you want something a little bit lighter than a burrito, a burger or pizza,” says Kraus.” We’re going to continue to lean into that trend a little bit.”

Kraus describes just how Work+Shop plans to lean into that with the 212 Elk Avenue space that formerly housed Montanya’s. 212 will host a pop-up barbeque operation called Smoke Shop Barbeque this summer with outdoor dining only, and meanwhile the interior space will be prepared for a new Americana, farm-centric restaurant to open before ski season.

The partners have secured a permit for a smoker behind the Last Steep, where there is more space, and ribs, chicken, typical barbeque side dishes and occasional brisket and pork shoulder will be served on the front patio, parklet and back patio of 212. The target opening, says Kraus, is Fourth of July weekend.

“In the mid-term, we would love to find a permanent home for it,” says Kraus, and confirmed the partners are “casually looking” for the right space.

Kraus says the goal for the local farm-centric eatery is to fill a niche not already taken among dining options in CB, and work with a few farms in the region. “There’s a lot of great food, a lot of great restaurants in Crested Butte. We’re hoping to fill in those gaps,” says Kraus.

The partners have been working with Mountain Roots, among other farm operations. “We’re going to hopefully be one of the first restaurants to use that,” says Kraus of more local produce. He recognizes that “farm to table” in a rural mountain town isn’t entirely possible, but that the concept can inform decisions.

“You can make decisions that are best for the community, the environment, the economy…it does make a difference and it does show that you care. It isn’t easy but it’s always worth it,” he says.

The partners are also working with Western Colorado University to round out the university’s hospitality curriculum. Kraus says this can benefit both the university in recruitment efforts and the community by building up more of a food and hospitality-based culture and pipeline for the service industry.

Last, Hermanson also owns the Avalanche building in Mt. Crested Butte and plans to reopen that by ski season with a slightly refreshed interior while maintaining the “mountainside dive bar” spirit and food.

“We’re targeting to get the Avalanche up and running again for ski season,” says Kraus. “We will continue to focus on après: good beer and snacks, and we will probably try to be open for lunch and dinner. Our goal right now is to replace some furniture, and keep offering burgers, pizzas, wings etc. It will continue in that mode.”

However, Kraus has indicated that a new vision for the Avalanche may surface in the long-term.

Tin Cup, while no longer offering savory lunch options like pasties or soups and sandwiches, is maintaining its dessert focus and relocating to the former Mountain Spirits liquor store on Elk Avenue. According to owners Matthew and Lydia Price, the goal is to be reopened in the remodeled space by August.

“We’re working with our new landlords and construction team to finalize the remodel,” says Matthew. “And we’ll be serving Third Bowl homemade ice cream alongside our other signature desserts and sweets.”

The former Tin Cup/Ginger Café building will soon be home to Thai Chile 78, a Thai restaurant also planning to open this summer. Natakit “Yai” Bourrod, and his wife Saranya Chobkan first got experience working in restaurants while in Montrose. They opened their first business, Thai Chili Ouray, in 2016 and signed a lease at the end of March to open a second location in CB.

Yai says he and his family will remain in Ouray, but when he expressed his interest in opening a new location in Crested Butte, Secret Stash owner Kyleena Falzone helped him find a space in town to lease.

Yai could be found in the building in mid-June, unpacking new kitchen supplies with his staff while his young children played outside. Yai says he already has staff members lined up for Thai Chili 78, and has secured them housing in both CB and in Mt. Crested Butte. He explains that 78 is a lucky number in Thailand.

“We are very excited to bring our food here and get started. And we have just a little more work to do but hope to open this summer,” says Yai.

“There are two food truck permits available, and there are two pending permit applications that have not been issued final approval for permits.”

The names or types of pending food truck applications could not be attained as of press time. 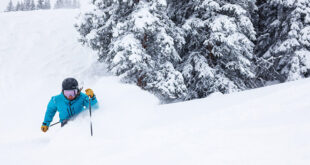 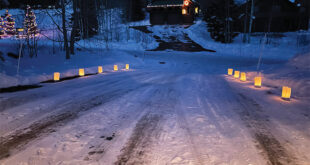 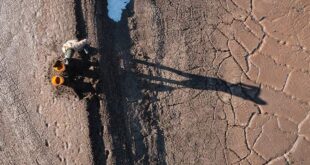