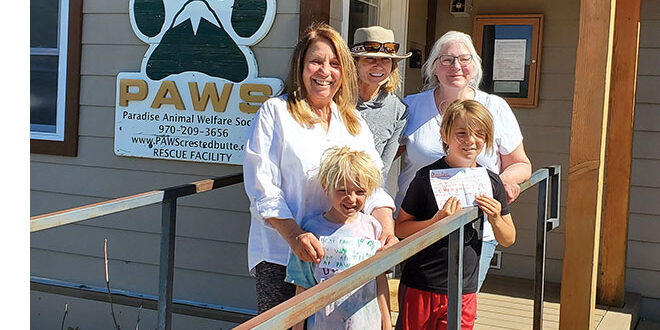 Since 2005, the Paradise Animal Welfare Society (PAWS) has been reuniting lost pets with their owners, finding homes for dogs and cats up for adoption, and has been a valuable resource for both the two-legged and four-legged community members of Crested Butte.

Most common, when a lost dog or cat is found in Crested Butte, PAWS takes the animal in and does everything it can to reunite it with its owner.

“When someone brings in a lost dog or cat, we put the pet in a kennel and we give them food and water,” says PAWS president Rita Clement. PAWS then checks the animal for a microchip and contacts the owner. “We also call KBUT and we take a picture and put it on our Facebook page. If someone loses a dog, we will put it out there so people know,” says Clement. “The dog usually gets back within two hours. Most often a dog is picked up within 24 hours.”

PAWS has always operated off donations and animal-loving volunteers, and currently has about 20 volunteers. “We have wonderful volunteers,” says Clement. “Everybody who volunteers here is very dedicated to making sure the animals are really taken care of. We often have interest from young kids coming in to help, and kids under age 18 can come in with their parent who also volunteers.”

Rita says that on average, PAWS gets about four lost dogs a week, but that number usually goes up in the summer. Over the past year, of the 151 missing dogs that came to PAWS, all but one were reunited with their owners. The one exception was a dog that may have been a stray, says Clement. “We’re very successful in reuniting them with their owners.”

Clement also takes great pride in PAWS’ availability, and reiterates how important it is that folks call the shelter if they find a lost dog or have lost their pet. “For 365 days a year, we check and answer our phone. We are always available. We try to get in touch with the owner and will meet them any time of the day, even late at night.”

PAWS has a cat room and 10 kennels with guillotine doors that allow the dogs to go outside whenever they want. “Everyone gets a bed. We take really good care of our animals and make sure they get proper care,” said Clement.

PAWS charges a $15/day impound fee, and if the same animal comes back another time the fee goes up to $20/day. If an animal is not recovered by the owner after five days, it legally belongs to PAWS and will be put up for adoption, explains Clement. All cats and dogs that come to PAWS are spayed/neutered before they become available for adoption. “We get all the shots taken care of and then put them up for adoption,” says Clement.

PAWS works with those animals to help socialize them and make sure they’re ready for adoption. PAWS also works with other groups and shelters in Colorado that rescue dogs from puppy mills. Currently PAWS has a 3-year-old lab mix named Lucy up for adoption, along with four seven-week-old kittens and their mother.

PAWS also holds free microchip clinics several times a year as a service for the community. “We’ll microchip and register your pet for free. We really encourage folks to microchip their pets,” says Clement. “And any time a lost dog comes in and they’re not chipped, we offer to microchip them and register them for the owner for free.”

Additionally, PAWS works with local veterinarians and offers up to $1,000 in medical assistance and spay/neuter assistance for community members in need of financial aid for their pets.

Although PAWS does not board animals, the board of directors is working with the local police departments to put together a program for sheltering pets that need to be evacuated from a wildfire. “We want to provide care and cover any animals that need to be evacuated,” says Clement. PAWS is also working to put together a program for seniors who would like a pet but may not be able to afford one. “We want to work something out where we can provide an animal for them and cover some of the financial needs,” says Clement.

As PAWS runs entirely on donations and impound fees, it welcomes monetary donations as well as pet supplies including bedding, crates and unopened food. Clement is grateful for the support PAWS has received from the community over the years. “We’re a small shelter so we can’t take in a ton of animals, but we do what we can. PAWS would not exist without this community and their support. We are very grateful and thankful we have such a great community that supports us. We appreciate everything this community has done for PAWS and we hope we can give back, that’s our goal.”

To learn more, adopt a pet or donate to PAWS, visit www.pawscrestedbutte.org. 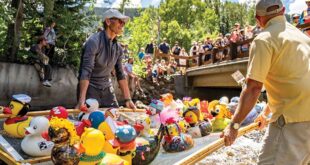 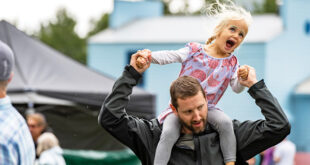 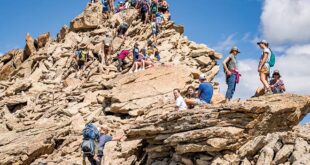 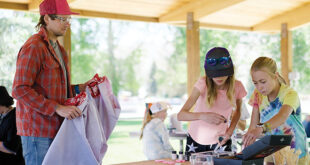