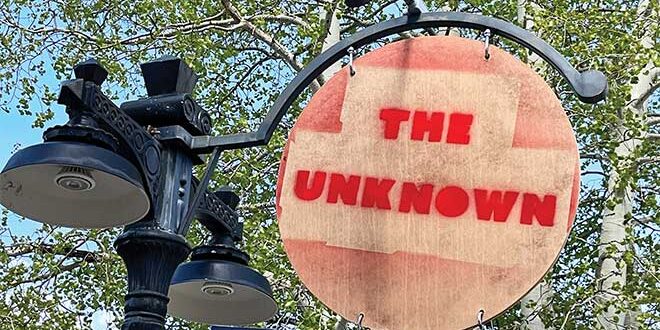 The Unknown — like that janky sign says on Elk Ave. I’m not even sure who hung it up to replace the old Brick Oven sign so it’s surrounded with mystery. And how did the sticker disparaging Vail make its way onto the unknown sign? Who knows?

Life is full of unknowns. We try to clarify some of them here in the paper but can’t get to all of them. And one of life’s pleasures is that not knowing everything keeps life interesting.

The number of people that will show up on Elk Avenue this summer is unknown. See the story in this week’s edition and understand that the tourism trend line is pointing down (slightly) at the moment. The early signs are that there will be fewer people than last summer hiking, biking, shopping and eating in the valley. But they might spend more. Who knows for sure? The numbers show that reservations are lagging compared to last year at this time but the people making those reservations are more than willing to pay more for a room than they did in 2021.

That decline in lodging numbers sort of makes sense when all the options are now open for people wanting to travel and recreate in the summer. This valley was perfect for pandemic times — you could be outside and socially distanced from everyone almost all the time. Our tourism draw isn’t a giant bouncy-house convention event but rather the wilderness. What’s unknown is how many of the people that came here for that reason ended up liking it enough to come back when they can choose to go to London or a Rockies game or a concert at the Fillmore Auditorium in Denver.

Or maybe the reservations are lagging because people keep seeing the snow squalls blowing through the valley as we approach June. Who really knows?

What’s unknown is where the people who do come here this summer will eat and drink. We all thought the old Princess would provide such a space but a somewhat cryptic note posted on the door this week points fingers in ‘miscommunication’ and ‘no compromise’ and makes it clear that won’t happen soon. “Current ownership is working to ensure the doors open in some capacity. TBA” is the best hope thrown out there in the note. While not providing any certainty about anything, at least there’s some effort there I suppose.

Another similar unknown is what that same ownership group plans to do this summer with the old Brick space in the center of the Elk Ave. business district. A summer social magnet, that patio was full on pretty much every sunny day. No word on what the ownership group plans for this summer. No one has called me to let us help share the info. That much is known. No one has taken up my offer to run a quick and easy grill and beer scene from the patio and shack. The town clerk’s office hasn’t had any request for a new liquor license and while what that means is unknown, what it doesn’t mean is that there will be a rocking tiki bar there in the next week or two when people start coming here to vacation in real numbers. That will be a big hole.

I was told Tuesday that a group of second homeowners were waiting in line with more than a few people and complaining about pretty much everything about Crested Butte. They were hating the line. They hated the town’s building process. They hated the liberals and the paper and the overall vibe. The pretty good overheard that came from their time in line was basically an unknown — “This place is so dysfunctional that five years from now it will either be Lake City or Vail.” God help us if we go to either extreme but they may not be wrong…and like they insinuated…it’s unknown.

Speaking of the post office…where will it be in a few years? Who knows? Postal officials want 11,000 square feet and I think only the school, the town offices, the ice rink and the Arts Center are bigger structures in town. But the USPS has started the slow process of looking for a new space since the current lease ends in 2026. Exactly why the lease won’t be renewed is unknown — and surely it’s a coincidence that it sits next to major land holdings owned by the same ownership group that holds title to the old Brick. I can’t imagine why an owner with a billion or so dollars would want that property on top of the half a block next door. Well, I can actually, but that means nothing unless we really know what plans are in the works for the future…and that remains an unknown to the general public. I’m out of town next week so there is no reason for Mark W to call me at the office, but I would pick up my cell at the beach if he wants to chat about any and all of these unknowns.

Will Slate River water enthusiasts start using the new boat launch by Aperture? Unknown, but it is there and built to spread out the impacts of SUP put-ins and it includes little amenities like a changing space that is more than the willow patch by the Rec Path bridge. Will we see the first $15 million house sell in the valley? Unknown, but perhaps if we trend toward Vail instead of Lake City that is not so far out of our imagination. Will we get the monsoons this year to help ease the drought and get more water into Blue Mesa? Unknown, but we all sure hope those afternoon showers come in July and August. Who will be the first to test positive for Monkey Pox in CB this summer? I have a few ideas…but unknown.

Life is full of unknowns.

I anticipate we will have an “interesting” summer. 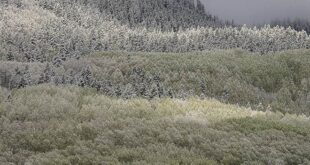 If it’s not one thing, it’s another. If it’s not monkeypox, it’s Johnny Depp and …