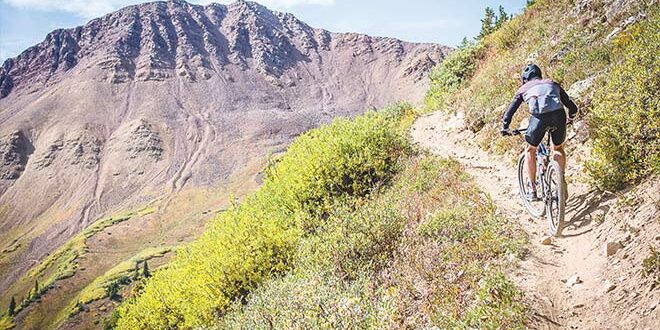 Summer visitor numbers projected to be down

Early indications appear to be that the coming summer will not be quite as busy in the valley as the previous couple based on the number of reservations currently in the system and an analysis of the booking data available online. While it certainly could change, the Tourism and Prosperity Partnership (TAPP) is estimating there will be about 6% fewer visitors in the valley this summer compared to 2021.

A report from the TAPP shared with Chambers of Commerce members last week indicates that there are fewer reservations on the books today as compared to the same time last year. Still, the report also indicates that lodging revenues will more than make up for the gap in income that would be expected with fewer visitors since daily room rates are seeing a whopping 32% increase on average. The hope is that that type of enthusiastic spending carries over to other tourist related businesses.

The busiest weeks are still expected to come in the month of July with June and August expected to see significant traffic but not as much as 2021.

TAPP marketing director Andrew Sandstrom said the organization uses two primary methods to make its forecast. The first is to “scrape online data” at sites like Expedia or VRBO.com. The other is through direct company contacts. The online data tracks about 1,700 units with another 450 units monitored directly through property management and lodging companies. At of the end of May about 53% of available rooms were booked between May and October. In 2021, 69% of available rooms ended up being occupied in the valley.

“At the moment the pace of bookings is down about 6% compared to 2021,” Sandstrom said. “But the room rates are up 32%. So, it appears people are willing to spend more and that hopefully translates to other local businesses. It could be a good thing to get more money from fewer people.”

From the end of May until the end of September, the average daily lodging rate on the books for that period in 2021 was $207. For 2022 during the similar period, the average rate is currently $274.

TAPP executive director John Norton confirmed that trend in higher revenues with less occupancy. “It looks like our lodgers are going to be fine,” he said. “Revenues are up even though occupancies look to be declining.”

Using numbers compiled from Key Data the TAPP analysis focused on hotel room and short-term rental properties. Camping sites were not part of the picture. As far as occupancy, Sandstrom noted that a majority of the summer visitors staying overnight in the valley originate in Colorado.

“Colorado residents make up about 75% of our summer visitors so there is a big last minute booking opportunity,” he said. “Front Range people can be very last minute. Air travel only accounts for about 3% of the summer visitors so that is why TAPP is focused on expanding that area. People who fly here book earlier, stay longer and generally spend more than the drive market.”

The summer air program has shifted to an emphasis on Denver flights but that has resulted in an increase in seats. While there will be no direct Dallas flights from DFW and fewer direct Houston flights than last year, United Airlines is scheduling three daily flights into Gunnison this summer from Denver. That will provide greater connectivity through Denver International Airport. Boutique air carrier JSX is also going to be flying business class flights direct from Love Field in Dallas a couple times a week. The plane will originate from Austin which is a market highly desired by leaders in the community.

Meanwhile Crested Butte Mountain Resort will be opening its bike park and chairlifts daily starting June 11 and on weekends from September 5 through the end of the month. Local events are also expected to be back on at full capacity.

Norton said the county’s marketing focus will continue to be millennial trail users. He added that based on conversations with local restaurateurs, the summer could be challenging but not as bad as last summer. “With some restaurants not expected to be open, the crowded times will probably feel really crowded,” he said. “But it won’t be as challenging as last summer. Fewer people in town should make things easier on everyone up and down Elk.”

The location data is tracking previous years. Crested Butte is filling up first while Mt. Crested Butte lags the rest of the county and is a popular choice for last minute bookings.

The decline in bookings is not just a trend for Crested Butte and Gunnison. Sandstrom said other mountain resorts are also seeing a decrease in summer bookings at this point in the season but an increase in room rates. According to Key Data, Telluride’s occupancy was off 12% so far, Breckenridge is off 2%, and Big Sky is lagging by 27%. But the Average Daily Rate for those resorts are flat or way over the previous summer.

Sandstrom said there was no clear single reason for the declining trend. “Is the opening of international destinations pulling more people overseas?” he asked. “Are people going back to events like concerts at Red Rocks or sporting events now that full capacity is being allowed? Is it inflation and the high gas prices that are making people think twice about a road trip to somewhere out of the way? It’s hard to say. It is probably a combination of all those things. TAPP intends to keep an eye on how it develops and we will try to keep the community aware of changing trends through the summer.”

TAPP numbers guru Jeff Moffett noted that if this summer’s tourist visits are down 6% from last year, it would still mark the third busiest summer ever after 2021 and 2020. He estimated that even with the anticipated decrease, 2022 would register 15-20% more visitors than the 2019 summer season which was before the pandemic.