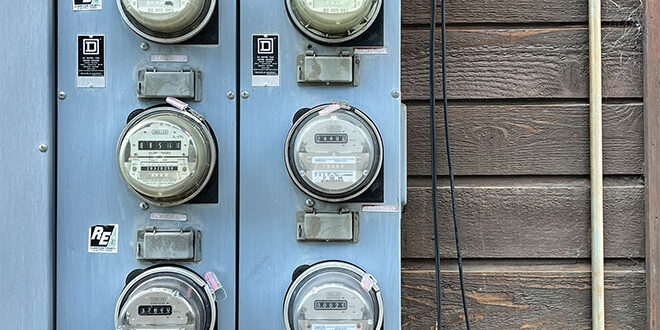 Leading the way in Colorado

While not yet a done deal, members of the Crested Butte town council on Monday expressed their comfort with being the first municipality in Colorado to basically require new construction in town to be all electric when it comes to heating, hot water heating and appliances. If council approves updated building codes next month, the town could essentially require that all new commercial and residential construction be totally electrified starting in 2023 with a few exceptions such as allowing commercial kitchens to use gas.

Done in conjunction with an update from the 2015 building codes currently in place, the staff recommended that the council adopt the 2021 ICC (International Construction Council) building code with minor amendments but also introduced so-called “above code requirements relating to energy efficiency, renewable energy, electric vehicle readiness and electrification and commit to amending and improving the code every three years going forward.” The council expressed support for the recommendation while still wanting answers to several questions, primarily around the cost impacts.

One element of the proposed building code the council will take a closer look at to perhaps save some money is the proposed requirement to include fire suppression sprinklers in duplexes. They are currently mandated for buildings that are triplexes or larger. A public hearing on the new building codes will be held at the August 2 council meeting.

During the Monday meeting, members of the public generally supported the move to electrification while representatives of Atmos Energy, the town’s natural gas supplier, said the council was moving too far, too fast with the above code requirements and could actually be hurting the town’s immediate Climate Action Plan (CAP) goals given the current state of electricity generation.

Local geologist Peter Dea supported the use of natural gas in a letter to the council “As complex and vulnerable as some energy sources are, we need to be thoughtful and consider intended and unintended consequences and costs of certain actions,” he wrote. “Wind and solar are great supplements to a reliable baseload energy source. However, they do only one thing, generate electricity, and only intermittently. Natural gas provides a clean source of continuous baseload (“firm”) energy, and makes a good partner to solar and wind.”

In a memo to the council from Crested Butte long range planner Mel Yemma and chief building official Astrid Matison, the staff made clear that the goal of the “above code requirements” was to reduce greenhouse gas emissions from new construction and significant remodels through increased building efficiency, using onsite renewable energy opportunities like solar panels, mandate electrification to utilize an increasingly clean power grid, and prepare for electric vehicles by mandating readiness for EV charging stations.

Among the other requirements being proposed is one that would mandate all commercial buildings less than 5,000 square feet “be solar ready” with an ability to accommodate solar panels in the future. Buildings larger than 5,000 square feet would have to install and use solar panels. The town would delete the existing requirement that makes buildings more than 20,000 square feet be LEED certified. EV chargers will be required of new commercial buildings. New residential construction would have to obtain a Zero Energy Ready Home (ZERH) certification.

“If approved, Crested Butte would be the first jurisdiction in Colorado to not allow natural gas in buildings beginning in 2023,” the staff memo noted.

Matison pointed out that in 2021 only two new commercial projects received building permits while 16 new homes were permitted. “This is sort of like baby steps,” she said.

“Being the first municipality in Colorado to do this makes an extra burden to bear so we need to clearly lay out the logic of going there,” said mayor Ian Billick.

“Congress and the Supreme Court have failed us in just the last couple weeks by not addressing climate change,” said Jeff Delaney of the Gunnison County Climate Coalition. “The urgency of the situation requires us to act locally because that’s all we have left. We encourage the adoption of the new building codes and the electrification of building.”

Is electrification possible with current technology?

“It seems like the technology might not be fully there yet for total electrification,” said councilmember Mallika Magner. “I’m a little troubled by that. Do the local contractors like the plumbers have the capacity?”

Local sustainable builder Don Smith agreed but said the model is there and working. “We have built total electric houses in the valley and they work very well,” he said. “We have had good success with it.”

“For me, I am also interested in the cost differentials,” said Magner. “What will the initial costs be? I’m interested in getting a handle on that.”

Billick said he was still confused with the comparison of operating costs for an all electric building and one with natural gas. Councilmember Jason MacMillan said he wanted that clarified information as well. He also said it would be helpful to see the cost of comparable appliances packages.

Town manager Dara MacDonald said that it is becoming more clear that while upfront costs of electrification are higher than typical building practices currently in use, the annual operating costs would likely be lower. Council wanted more depth and detail on that equation as well.

“We want to feel confident that the annual costs will be lower in the Sixth and Butte and Paradise Park affordable housing projects for example,” said MacMillan. “That benefit should go to those working renters or owners. Month after month after the initial costs.”

Councilmember Chris Haver wanted to know why the staff considered natural gas as dirty as electricity production given that much of current electric power is produced using coal. Yemma explained that given the leakage of natural gas when being transported to the municipality, to the house and even inside a house, made it comparable to electricity generated through some coal fired powered plants. Haver pointed out that the leakage would continue to happen with current gas lines with or without total electrification of town. The council wanted a deeper analysis of that comparison as well.

Cillian Barrett, designer and construction supervisor with Habitat for Humanity pointed out that by going all electric, it was possible to produce power as part of the building through things like solar panels. He said that wasn’t possible to do with natural gas. He also said the latest Habitat homes were all electric and worked great with extremely low utility bills. “Realize that the more expensive upfront costs add to the quality of life for residents and the entire community.”

Citizen Kent Cowherd supported the electrification move and said that as an architect, building envelopes could be extremely tight so the heating systems were becoming more efficient. The town staff had penciled out that gas boilers were significantly cheaper than using heat pumps to heat a home. He suggested possibly phasing in the transition to all electric over a few years and said the town could possibly offer incentives to help entice people to choose things like heat pumps.

Overall, the council wanted a more detailed Return on Investment (ROI) analysis but agreed such a detailed evaluation may not be possible given fluctuations in the energy sector.

“It would be helpful for these type of cost examples to be based on what we are dealing with here in Crested Butte today rather than say an average Colorado home from three years ago,” added MacMillan.

When asked directly, the councilmembers all said they were comfortable to continue heading down the path of mandating electrification for new construction in town. They want more detailed analysis of some costs ramifications but agreed to stay the course.

“I am comfortable with the staff recommendation,” summarized councilmember Beth Goldstone. “I also like how they utilized the emerging values of the Community Compass to explain their recommendation. I like where this is going and am excited that this small town of Crested Butte can show that it can work. We can be the example. And if something goes awry, we will be revisiting the building code in three years.”

Billick said he wasn’t solidly behind expanding the fire suppression sprinkler requirements to duplexes. He said he saw that as one way to lower building costs. “I don’t feel strongly about that and am willing to be in the minority on this one,” he said.

The rest of the council asked for another cost-benefit analysis of requiring sprinklers in duplexes and will look at the issue during the August 2 public hearing.

A copy of the staff report summarizing the ordinance and the proposed ordinance can be viewed on the town website at www.townofcrestedbutte.com > Town Council E Packets or through the Town Hall.

Share
Previous A Tribute to Mr. Jingles
Next Planting a seed with a potential electrification mandate