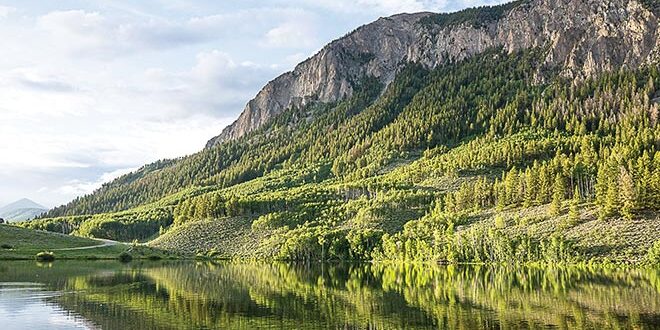 The move to mandate electrification of new construction in Crested Butte was described at one point as a baby step during council and staff discussions over the matter on Monday. In some ways it is, given the size of the town and what is left in terms of CB build-out with fewer than 100 vacant lots remaining in town. But it is a bold move and honestly, one that will likely come with some sort of unintended consequences. That is not something to ignore and the council is aware that they may have to pivot in the future.

The town council appears willing to take the big leap to that “baby step” and require that starting in 2023 pretty much all new commercial and residential construction (with some exceptions like commercial kitchens) be electrified.

The town has always made clear it wants to contribute to mitigating climate change if it can. It was pointed out that just in the past few weeks, the U.S. Supreme Court is making it harder for the federal government to do so and the decision by Senator Joe Manchin to not support a climate action program supported by the rest of the Democrats in the senate makes it clear that the feds won’t be able to do much now.

So as so often happens, small communities and local governments have to lead the way. The Crested Butte town council appears ready to do that by being the first municipality in Colorado to mandate electrification of future building inside its town limits. I’m not sure why other liberal communities in Colorado (Hello Boulder!) have not done it already and town planner Mel Yemma said other towns are considering and working on electrification policies, but Crested Butte has never been afraid to be out front.

Councilmember Beth Goldstone summed up the council mood by touting the example it will set. She said Crested Butte has the opportunity to be a leader in climate policy and show that it can be done. She also pointed out that the smallness of the town will allow it to pivot if something unexpected happens as a result of the legislation.

The action would indeed set a new standard. Crested Butte, like other resort communities, draws people from around the country and the globe. If those visitors see success here, our example can be taken to other communities in Texas or California or Australia. Crested Butte could be the seed that helps sprout a new garden of ideas.

It seems to me that the council would certainly be putting its eggs in a basket not yet completely woven since the electric power grid isn’t super “clean” but is heading that way as major power suppliers like Tri-State Generation and Transmission Association actively shift away from coal generation to more renewable types of power such as solar and wind. In gambling parlance, council is betting on the come. Town staff is using some data to show that natural gas is also not as clean as it claims to be, given leakage of the product. Nothing right now is perfect, but I was comforted by local builder Don Smith saying he has built all electric homes in the valley and they work and are extremely successful.

Valid arguments made by Atmos Energy and valley resident Peter Dea show that natural gas is a good, probably currently “cleaner” source of energy today than Tri-State’s electricity. Natural gas also provides a strong, affordable, resilient backup in case the electric grid goes offline which is happening more often because of climate change ramifications. Maybe Kent Cowherd’s idea of stretching the mandate over a couple years is valid. Maybe that would just dampen the impact. I don’t know.

The council is still asking questions and it wants to see clear and comparable price numbers that will impact its citizens as a result of the electrification action. They want to know what it will mean for the upcoming Sixth and Butte and Paradise Park affordable housing project slated to start next year. Mayor Ian Billick said Monday that there’s a certain responsibility to lay out the logic of the decision when you are the first one in Colorado to do it. That makes sense and so this step is not totally done at this point, but the wheels are turning and the dirt is getting prepped for a seed that might be planted next month.

This council has been clear all along about its desire to jump into the climate change arena. They have not been shy about their desire to take strong action when it comes to climate. The fact they are supportive of total electrification should surprise no one. They are still in the consideration phase and want some more information before the August 2 council meeting where they will likely make an official decision. They are also asking for more public input on the idea, so reach out to your representatives and let them know what you think.

Will electrifying Crested Butte save the planet? No. Any such climate mitigation garnered through electrification in our small town would likely be wiped out by one Chinese coal fired powered plant running for about an hour, but it is a start. If the numbers add up and the logic makes sense over the next couple of weeks, I have no doubt the council will make the big leap and start taking new baby steps. If it plays out, it could be one seed that helps spread a new garden of ideas that will be really important for us, our kids and our grandchildren. 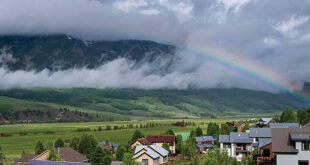 Missing a buzz…finding a balance