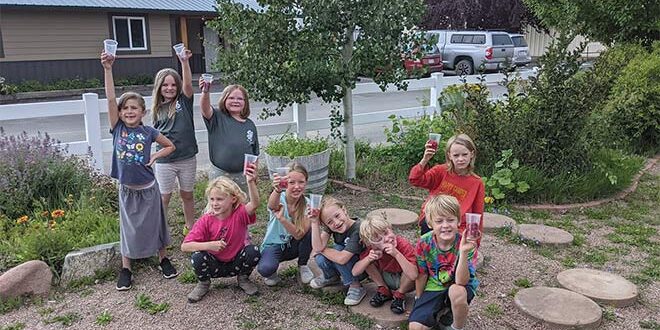 Gunnison County 4H echoes up and down valley

As Cattlemen’s Days kicks into high gear this weekend and a carnival, rodeo events, contests and various competitions abound at the south end of the valley, a large group of local young people have been preparing to show off their own skills and unique projects—riding horses, showing dogs and some other achievements that have little or nothing to do with rodeos or even livestock. It’s all part of a long-standing 4H tradition in Gunnison County that encourages local youth to explore life skills and pursue their passions.

The program is part of a national system that encourages kids from age 8 to 18 to explore their own interests in a hands-on, supportive and deeply rooted learning environment. In Colorado, 4H operates as part of Colorado State University and locally out of the Gunnison County extension office with about 150 participants.

Recent Crested Butte High School graduate Porter Washburn participated in his last 4H horse show this past weekend, then received the overall high point for his division on Sunday at the Cattlemen’s Days horseshow with his buckskin horse, Bucky. “I’ve had him for eight years,” says Porter, nodding out the window to his horse who can be seen casually grazing the fields in front of the family home right from the kitchen table. Porter reflects on what it was like coming up in the 4H program while working on his family’s multi-generation ranchlands and going to school in the more tourism-based town of Crested Butte.

His passion is more for the mechanical side of ranch life, such as haying, fixing and maintaining tractors and managing other equipment. But his parents explain that he’s very gifted with livestock, even as his interests lead elsewhere. He has been accepted into the University of Oregon and is enjoying one last summer of adolescence in the valley before heading off to college, where he thinks he might study architecture.

Porter comes by ranching honestly, as part of the Spann family on his mother’s side that has been ranching in the Gunnison Valley since the late 19th century. His dad now manages the family’s ranchland from Jack’s Cabin northward. “It was never even a question,” muses his mother, Jan Washburn, about whether Porter or his older sister Catherine would do 4H. She and her husband Doug both participated in 4H programs growing up, and she now co-leads the future fitter’s animal grooming club which Porter served on as president at one point.

Porter talks about how much he enjoyed the various 4H clubs through the years, with his favorite being the breeding beef program.

“The horse program has also been great,” he says. “Some great people have gone through there, some great leaders, and even now it’s just an awesome group of people out there trying to do their best.”

Other highlights include being part of a crew on the junior livestock committee and showing cattle for “quite a few years,” that ended with an unruly yearling heifer who is still on the family ranch and, according to Jan, still inspires regular expletives from the family.

Porter started 4H at 8 years old, following in his parents and sister’s footsteps. “We were of course heavily ag based as far as what the kids did,” says Jan. But Porter also did shooting sports, robotics and electricity. “That’s another cool part of 4H is that they have other projects which are very broad and they can be pretty much anything—from cake decorating to welding,” he says.

And a few aspiring 4H kids from the North Valley showed off their own accomplishments this week as Cloverbuds, the pre-cursor to 4H for children age 5 to 7, by taking part in the 4H general projects exhibit alongside older kids.

The general projects exhibit, which was judged and had an awards ceremony on Monday evening, includes impressive, large-scale welding, sewing, leather crafts, photography, small engines, cake decorating, family genealogy charting, a model train set and more. They are now on full display in the exhibit hall at the Gunnison County fairgrounds through Saturday.

“Many people think about 4H as being all about animals and livestock,” muses Perri Pelletier, 4H agent for the Gunnison County extension office. “But it can be anything from model rockets to entomology—almost anything that a young person can have an interest in, they can have a project on it.”

Pelletier has been with the local 4H youth development program for about two years, and both her daughters came through the program as well. Tina Haney is another enthusiastic 4H agent who also does family consumer science such as food safety and canning/preservation. “It’s all another part of teaching kids life skills,” she says. Pelletier and Haney explain that while most of the 4H programs take place in Gunnison they have traditionally had interest coming from both ends of the valley. They also work with the CB Community School to run 4H programming during school breaks through the community workshops.

Porter sees 4H with both its animal clubs and its general clubs as a unifying factor for the Gunnison Valley. He’s had CB friends dabble in different programs like the former fiber goat club, and others who remain involved in the ag side of life. And even as he works for Ace Hardware this summer, “to just have a chill summer instead of working on the ranch every day,” his interests pull him to both ends of the valley as well.

“My interests in the ranch really aren’t involved up here,” he explains of the haying and equipment he enjoys. “I do a lot of my work down in Gunni.” He doesn’t seem to mind standing out among his former CB classmates either as he has pursued horse showing and ranching machinery.

“4H is a place where Crested Butte and Gunnison can come together, because there really aren’t a whole lot of times where the two towns will come together and have a celebration as one valley,” he says.

For more information or to get involved with 4H, visit https://gunnison.extension.colostate.edu/4-h/ 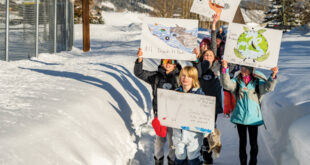 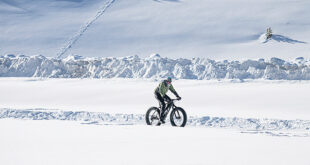 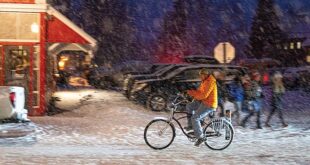 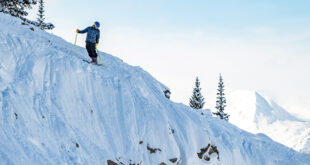 With feet of new fresh snow, CBMR got the T-Bars running last week which opened …