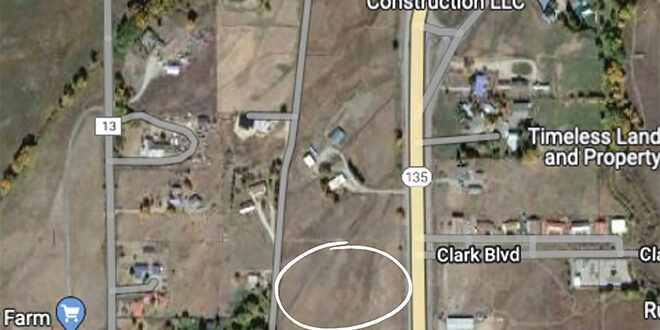 Annexing to Gunnison next step…

Another parcel of land between Gunnison and Crested Butte has been picked up for future workforce housing. The Valley Housing Fund purchased a piece of property just north of Gunnison last week that is hoped to provide more affordable housing units in the future.

While in the very early stages of the planning process, the 3.5-acre parcel is located just north of the Gunnison city limits, adjacent to and west of Highway 135. The next step is to go through an annexation process with the city. If successful, that will allow the future housing to be tied into city utilities like sewer and water.

VHF executive director Lauren Koelliker said that it is too early to know specifically how many units might eventually be placed on the land and no request for proposals has yet been formulated.

“Annexation is the first step to re-zone the land as residential. The land is currently located outside of city limits and is zoned agricultural,” she explained. “There are several details that need to be worked through before this process can begin, but it is an ideal parcel. It is a flat parcel, on an existing bus route, and is also close enough to bike or walk to downtown, the grocery store, the university, etc.”

The Valley Housing Fund paid approximately $210,000 to purchase the land from Colorado State University. It is the largest property acquisition for the VHF so far. Koelliker estimated that going vertical with new housing units is at least two years in the future.

Once annexed, the goal is to determine how much and what sort of workforce housing would best fit on the property in conjunction with other housing units in the pipeline. That could include rentals and/or for-sale units.

VHF board president Scott Desmarais said the initial plan is to ultimately provide 24 to 36 new affordable homes and apartments on the site. “Of course, VHF’s immediate focus is the completion of the Paul Redden Workforce Housing Project in Crested Butte which is on track to welcome new residents in late September/October this year,” he emphasized. “VHF needs to raise $1 million from local community donations to help cover the costs of the project. VHF has already committed over $300,000 of its own funds to deliver the only new affordable housing in Crested Butte this year. We are excited with both these significant projects.”