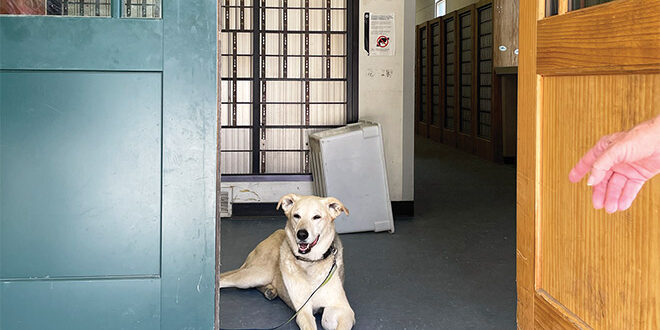 The Crested Butte town council and staff have asked those questions of postal officials for years and the response, when there is one, has been that at some nebulous time in the town’s history, the Crested Butte citizenry purposely chose to not have home delivery. But despite repeated requests to see documentation of such a decision, none has been produced. While the USPS states as fact that the town citizens decided they did not want home delivery, it appears more urban myth than fact.

Crested Butte town manager Dara MacDonald pushed the issue with the USPS in 2021 and in a February 26, 2021 response from USPS attorney Melinda Varszegi full of legal jargon and statements of “fact,” the urban legend is cited several times.

“Mail service in Crested Butte, CO has historically been provided via rented PO boxes. Although the original date of the election has not been determined, the delivery method was based on the town’s election not to have city delivery,” she wrote.

“In the past few years, there have been requests from the City for free PO Box service for its citizens… the Postal Service is within its statutory and regulatory authority to not implement a free form of delivery and to not provide the residents of Crested Butte, CO with free PO Boxes.”

Varszegi goes on to cite the regulation allowing the USPS to charge rent for the PO boxes. She also follows up with a court case filed from a resident of Buena Vista asking for either free delivery or a free PO Box but the court decided that the USPS is not under such an obligation.

Again, Varszegi states that “…the circumstances not within control of the Postal Service is the town’s historical election to not have a city delivery service which led to the establishment of the current delivery method. As this circumstance is not within the control of the Postal Service, there is no eligibility for a Group E (free) PO Box Service.”

That said, there is no member of the Crested Butte town staff or anyone associated with the town council that can remember that ever being the case. No one has been able to find any record of such a decision and when asked to produce a document to that effect, the USPS has not done so.

Jim Schmidt is a long-time Crested Bute resident who served on the town council and as mayor for decades. He said that the assertion by the USPS is a fantasy.

“When the Post Office moved in 1975-76, the town asked that it be kept downtown according to Myles Rademan who was the planner at that time,” Schmidt explained. “I asked Myles, (former town manager) Bill Crank, and (former town attorney) Wes Light who were all around at that time if there was any vote or poll to not have home delivery and they all strongly said there was none. They said the Post Office would not offer home delivery because of the snow. The assertion is total BS.”

MacDonald said that based on conversations with various USPS officials in recent years, it appears that individual home delivery is no longer an option with the USPS. The closest thing would possibly be neighborhood cluster boxes that would be purchased and maintained by the town. MacDonald said that while the upfront costs of such neighborhood cluster boxes is significant, the bigger challenge is winter maintenance, especially in big snow years.

Going forward, the USPS and developers of subdivisions are aware of the current situation and could work together to provide such cluster boxes. That is already being touched on with the Whetstone workforce housing project as well as with the Sixth and Butte affordable housing project. It could work in free market developments like the North Village as well.

Meanwhile, with the lease on the current building coming up in 2026 and not being renewed, the quandary of where to relocate one or more new post office facilities in the North Valley remains (see story in July 15 issue)…as does how to solve the (short) staffing issue that is running with a professional but thin crew at the moment.

Several emails sent to a USPS spokesperson this week asking for comment on the situation did not result in a reply.