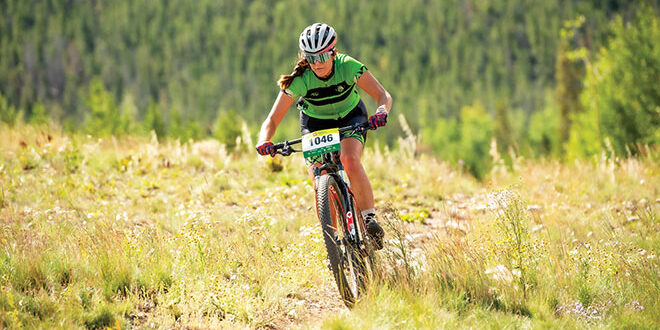 It was a total team effort with athletes cracking the top 10, and even stepping on the podium, from the varsity races down to the freshmen race class. In addition, local riders Eli and Ty Nolan, racing for Colorado Rocky Mountain School, had impressive results as Eli placed fifth in the boys’ varsity race and Ty took sixth in the freshmen boys’ event.

Twelve members of the team made the trip to the opening race of the season with several coming into the season in form after riding and racing over the summer.

Finn Veit posted the top result among the local contingent as he took the win in the JV boys’ race out of 102 total riders setting him up for success throughout the season as he will now start every race in the first wave.

Sisters Katie and Piper O’Neill scored massive points for the Crested Butte team in the girls’ varsity race. The team has always had limited numbers and mixed results in varsity races in the past, but Katie and Piper were on point in Frisco to place sixth and ninth respectively to add critical points to the team total.

Luca Loperfido has stepped into the varsity fray as well this year and finished 18th, Benjamin Geisler cracked the top 10 in the freshman boys’ race to place seventh, Kenny Bullock took 10th in the sophomore boys’ race with Ebbet Weinberg coming in 17th place and Conner Knight and Cy Davis placing 30th and 31st respectively in the JV boys’ race.

The Crested Butte Devo High School Race Team has the next two weeks to train and will then head to Leadville for the Cloud City Challenge on Saturday, September 10.

Share
Previous Runners, bikers gear up for Summer GT
Next The People’s Fair is back