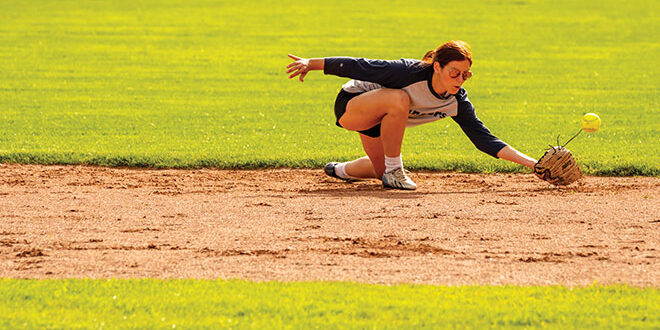 The Talk of the Town faced the Bangers Tuesday night at Gothic field in the elimination round of the playoffs and what started out as a slugfest, quickly turned into a slaughter.

Both teams were loose and pumped prior to the showdown with players from each side using the phrase “rock and roll” in reference to their readiness. But, in the immortal words of AC/DC, “it’s a long way to the top if you want to rock and roll,” and only one team showed the staying power to continue to “rock and roll.”

The Talk of the Town took the bull by the horns early racking up a sizeable lead through the first two innings. Eric Ervin started it off with a RBI triple, Dave Mac McGuire followed with a sac fly RBI and Garret McBride had the Talk up 3-0 with a solo shot over the rightcenter fence.

Kelly McGuire, Ervin, Mac and McBride did additional damage in the top of the second inning with some help from Hollywood and Nate Miers and the Talk was out front 8-0 before the Bangers finally put their gloves on and started punching.

It took the middle and bottom of their batting order to light the fire as Carey Willette and Adrienne Weil connected for back-to-back base hits and Joe Coburn cleared the bags with a three-run home run to straightaway center. Sophie Hall, Ian Baird and Gracie Coburn then promptly loaded the bases with a string of hits and Mikey Weil cleared them with a grand slam earning the accolades a Dietrich Dirtworks dump truck passing by at the same time. Abby McGee and Heather Culley then combined for another run to put the Bangers on top 9-8 until the Talk stopped the bleeding turning a foul pop into a double play.

Big Bangers D retired the Talk of the Town 1-2-3 in the top of the third and their bats remained hot pulling ahead 15-8 including a two-run inside the park home run from Willette channeling more of that magic that had them winning nine of their last 10 games coming into the game.

The Talk regrouped to start punching back in the top of the fourth inning throwing in a couple MMA moves in the process. Ervin got it going again with a two RBI triple to centerfield. A couple of base hits mixed in with a couple of walks then had the Talk chugging. They tied the game back up 15-15 and then started pulling back out ahead thanks to some slight mishandlings by the Bangers defense and some lucky high pops that dropped in weird areas for additional runs. In the end, it took the rules to stop the Talk from getting out of control, just like it often does, as they reached the 10-run limit and were on top 18-15.

While only down three runs, it felt like much more after the battering they just received, and the Bangers bats went strangely silent while the Talk just kept on swinging.

McBride cracked another solo shot, Jessica “Turnip” Boman slapped a two RBI double, Ervin, Mac and Barb Winter continued to knock runs in with base hits and Boman capped it all off with a RBI single as the Talk reached the 10-run limit for the second inning in a row to pull ahead 29-15

But they weren’t done yet. Much like that magic bourbon night buzz during the early to mid-90’s at the Talk of the Town between the hours of 11 and 12:30 where everything you said was funny and every pool shot dropped in.

Or so I’ve heard.

At this point, a Bangers comeback, while not impossible, probably wasn’t possible. But, not even the return of Mikey to the mound could slow the Talk down as they proceeded to tack on four more runs in the top of the sixth inning making a Banger comeback officially impossible. Sure, they did push four more runs across in their final at bat, but nothing was going to turn the game around as the Talk finished with a 35-21 win and remain alive, and a little concerning for opponents, with the championship game slated for Tuesday, August 9 at Gothic Field.

Still, they must get through Psycho Rocks, Elevate and then Pita’s Meatsticks in the next week. So, again, in the words of AC/DC, “it’s a long way to the top if you want to rock and roll.” 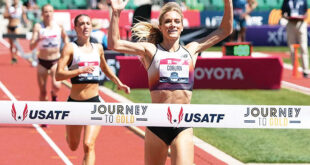