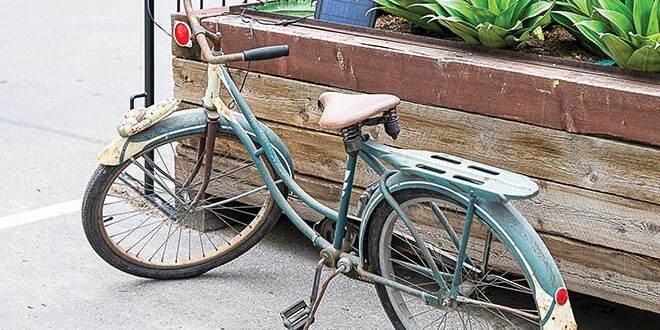 It’s still summer and some of these hot afternoons make it feel like summer in the Midwest. But there is suddenly a new feeling. Maybe it’s the angle of the sun or the fact it gets dark here before 9 o’clock all of a sudden. While not the end, it feels like the beginning of the end…like more than a few things at the moment.

The once super colorful flowers are dropping their petals and the seeds are preparing to spread. The Slate River, once a highway for SUPs is now more a bubbling brook showing the rocky bottom. Caterpillars are scooching along the local paths and the ground cover is turning a shade of red in many spots. Add to that, the fact that most of the major summer fundraisers have concluded — and it sounds like successfully with literally millions of dollars flowing into the local non-profits — and it’s another sign of the shorter days and cooler mornings.

Softball is in playoff mode. The local college kids are giving up their summer work shifts to head back to campuses across the country. The high school soccer team is running drills on the school fields in the morning and, believe it or not, school classes will start up in less than two weeks. That also means the second homeowner kids are probably leaving the valley to head back home because their classes will be starting up soon as well. What the…?!

Like many who choose to live here, I still like winter and look forward to seeing snow…but it is still too early to embrace that change. I’m an advocate of the ‘be where you are’ mentality and the end of the summer at 9,000 feet is a great place to be. My advice is to take that breath and not let it slip away.

Speaking of the beginning of the end, the roadmap has been written and agreed to for the elimination of mining on Red Lady. That’s huge. The Mt. Emmons Mining Company is on the same legal page(s) as the town, the county, HCCA, the Coal Creek Coalition and the CB Land Trust. The fight to stop a mine on Red Lady that overlooks CB is not over after a 45-year struggle that in many ways has defined a large part of the character of this community, but it feels like the final chapter has started.

It now depends on a land exchange happening between the Forest Service and the mining company and once that’s completed a tight Conservation Easement and so-called Extinguishment Agreement will be recorded to oversee the property at the base of Red Lady. Basically, the agreements will prohibit future extractive mining and development while still allowing people to hike to the summit and find fresh powder in the winters. It is a big deal. Same advice though — be where you are and don’t stop paying attention. An open house to explain the details of the latest action will be held the evening of August 24 at the CB Center for the Arts.

In what might be better termed the beginning of the beginning, it appears the developers of the North Village (now called the Village at Mt. Crested Butte-yawn) and town of Mt. Crested Butte officials are on the same chapter if not the same page. The developers have reduced the requested density on the 150-acre property located in the north end of the town limits to under 350 total units. At one point that property was planned to be a major ski village with ski lifts, hotels and restaurants and literally thousands of units. The town planners appear to have reversed the course of the previous town manager and seem willing to work out details with the developers that could benefit the town and somehow address major issues like affordable housing and potential field space. Again, nothing is settled on this up-and-down proposal, but the feeling now is that it is the beginning of a new beginning.

The Crested Butte town staff is promising the beginning of the end of the Community Compass process. After months and months and months of outreach and interpretation, the staff is almost ready to release the final document that is meant to guide decisions in town for the next many years. While not finalized, it seems the Compass will advocate that the town be bold, be authentic and be true to its historical progressive values. What that ends up meaning in terms of strategy and focus has yet to be seen. But one guiding mantra from the staff that’s made its way into the proposed document at times is that the final iteration of the Compass planning document will not end up just sitting on a shelf like so many previous studies and plans. They want this and future town council decision makers to use the Compass to guide the future of the town.

Speaking of future decisions, the staff guarantees that once the Compass is finalized here soon, they will tackle how to best deal with accessory buildings on residential lots. The council added six months to a year-long moratorium of approving or even considering plumbed and heated accessory buildings so they can research how best to possibly utilize such structures for housing. It will all be woven into a broader housing strategy that addresses short-term rentals (STRs) among other things. There is a new information gathering process starting on revising the ordinance governing STRs on August 24 at the CB town hall. Everyone is encouraged to participate. Is it the beginning of the end for in-town STRs? It is too early to say but it wouldn’t be a total surprise if there was a recommendation to phase them out somehow. That’s just speculation so not really the beginning of an end…yet. We’ll see.

There are lots of other things that suddenly seem to have reached a new point signaling what might be the beginning of the end — Donald Trump and the FBI, Tucker Carlson and Alex Jones, Pete Davidson and Kim Kardashian! But that’s just so much distraction for whatever else is stirring on the national Internet.

For now, grab the end of the hot days of a Crested Butte summer. Be where you are. Hit the local peaks, go to an outdoor concert or the Farmer’s Market, pedal the high country classics. Sure, it can all last well into the fall, but be where you are, and we are at the beginning of the end of the glorious summer at 9,000 feet.