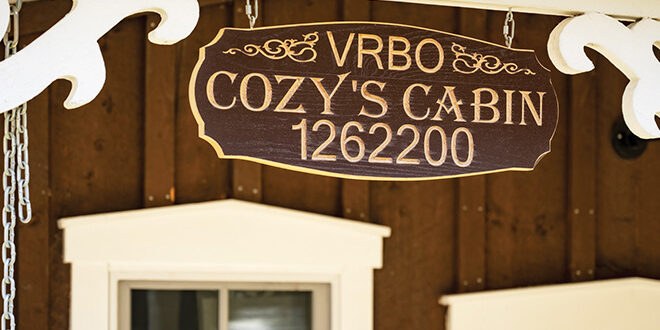 Are current regulations working for or hindering the town with affordable housing?

The first in a series of public meetings being held to gather feedback on what direction the town of Crested Butte should take regarding updated vacation rental regulations was held August 24 and it included viewpoints on all sides of the issue with a majority tilt toward pro-STR (short-term rental) positions. More than 30 citizens attended the meeting in person at the town council chambers with another two-dozen participating through Zoom. Staff used a technological tool called Menti to gather the thoughts of the participants. The more than two-hour discussion was at times heated, but the Crested Butte planning department said that while the issue was hard, the goal was to work together to come to some sort of consensus direction.

The town staff provided STR data as part of, but not before, the public meeting and this tweaked some participants. Probably the most relevant information posted by the town was what had happened to houses that gave up short-term rental licenses. That has been frequently requested information. Vacation rental licenses have been required since 2017 and were capped at 212 and designated to certain town zones. The 212 is about 17% of the town’s current overall housing stock of 1,243 units. At full build-out town is anticipated to have 1,379 units. Because of a moratorium implemented in 2021 on issuing any more vacation rental licenses, there are currently 192 so-called “unlimited” STR licenses and about ten limited licenses that max out with 60 rental nights.

Town data showed that since 2018 55 homes have obtained and then relinquished their licenses. Approximately 30% of those properties became owner occupied homes, 18% have been long-term rented, and 52% became second homes. Seventeen of those 55 licenses were relinquished since the moratorium began and one became owner occupied, three became long-term rentals and 13 are now second homes. As for the new long-term rentals, the town does not have data on what the rents are for those units.

“That’s the data with no interpretation,” Crested Butte community development director Troy Russ told the crowd. “Most that gave up the licenses turned into second homes and there was a small increase in long-term rentals. We’re trying to build trust and represent the collective. We haven’t interpreted the data, just collected it.”

But some in the audience felt that was incomplete. “So the council agreed to a ‘North Star” problem statement without the data?” asked Karl Zachar. “That doesn’t make sense. The data should also include the price of what the houses that gave up their licenses through a sale sold for.”

Resident and realtor Mindy Sturm said the data should include who is long-term renting the former STRs. She postulated it wasn’t frontline worker types like waiters or teachers but more likely retirees or remote workers with high paying jobs outside the valley. She sees the local ski bums as an “endangered species” and said they deserve first crack at long-term rentals to have a chance at that lifestyle. She said with remote work decreasing she hopes there will be more rentals on the market for locals but said the current STR regulation seems to be working.

Crested Butte long-term planner Mel Yemma explained the vacation rental discussion was being conducted through the framework of the emerging Community Compass plan that is based on the four primary community values of being “authentic, bold, connected and accountable.” Developing a “problem statement” to define what problem is trying to be solved is the first step in the process. In this case, the statement drafted by the town staff says: The Town should regulate vacation rentals in a way that acknowledges their economic and fiscal impacts, confirms the licensed use meets the intent of existing zoning districts, supports the Town’s affordable housing goals, aligns the housing stock’s use with the needs of the community, and ensures neighborhood livability.

Yemma said the August 24 meeting was meant to focus on what success would like with updated vacation rental regulations.

“There is some confusion here,” pressed Zachar. “What’s the goal? Do we all agree with the council’s problem statement? Is this where we all want to head? We all agree we want more local housing but is this the way to get there?”

“Shouldn’t we also be including and asking our tourists?” suggested Laurel Walker. “We are a unique tourist town after all.”

The staff used Menti to solicit thoughts on a number of topics and so-called success measures. Thoughts were displayed on a screen in the council chambers, but no name was associated with individual ideas.

When asked what being connected meant in terms of vacation rentals, ideas included: Being sensitive to your neighbors, not saying nasty things about tourists and second homeowners at the Post Office and store, making lasting relationships, providing an authentic experience for visitors, welcoming all to town, knowing the people around you.

Being accountable meant: people understand and ensure they follow the ordinances, realizing that there are no hotels and tourists need places to stay, that there needs to be transparency and consequences of new regulations.

As for being bold it solicited thoughts of: supporting a vibrant STR environment, understanding that STRs are Crested Butte’s hotels, not giving into the vocal minority, following the data and not just special interests and coming up with unique solutions that fit Crested Butte’s style.

Property manager Steve Ryan was part of the original citizen’s task force that helped come up with the current STR regulations in 2017. “When I look at the data I see a trend that limits vacation rentals but provides a needed service. If the 2018 regulations are accomplishing the goals, what is the point of this if the regulations are working?” He also explained that the task force concluded STRs played a very small role in potential affordable housing since most people bought a place in CB so they could use it for themselves and their families and thus were not conducive to long-term renting the property.

“There have been short-term rentals in this town since the time the ski area opened,” added resident Bob Bernholtz.

“There have been such drastic changes in the housing situation between 2018 and now,” responded Russ. “We declared a housing emergency and the vacation rentals have exploded with things like VRBO and the Internet. But if this doesn’t make sense, we don’t have to make changes.”

Ryan expressed he felt a “vocal minority” was driving the housing emergency narrative and said all his employees have found housing with the biggest hurdle being for those with pets. “One employee said that if he didn’t have a dog, he had several choices of housing opportunities.” Ryan also noted that STRs generate a significant and stable amount of tax revenue earmarked for affordable housing.

“There’s been an increase in housing too, but they are now mostly in the multi-million dollar range,” said Walter Schoeller.

One participant noted that if STRs are only 17% of town then there is opportunity for 83% of town to be filled with full-time residents.

“When it comes to a vibrant town, income doesn’t matter,” Russ said. “We want a rich, functioning community that includes members of the workforce, retirees, remote workers.”

“All these success measures are subjective,” concluded Yemma. “Everything is on the town website and this meeting was recorded and will be included. Focus group meetings start next week. We are working on this together. The issues are hard but we can do this together.”