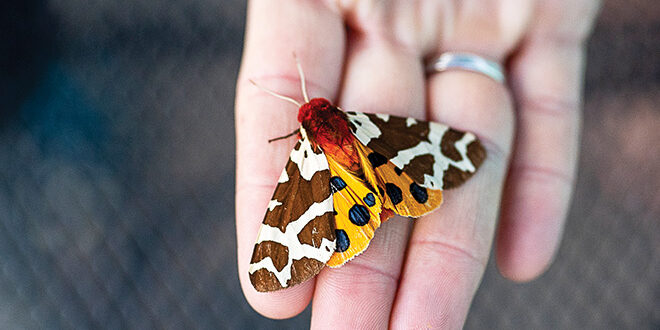 I thought I had it bad waiting around for billionaire and major valley property owner Mark Walter to call me and share his ideas for our community — the idea being that we could collaborate and disclose his future vision of Crested Butte and the East River Valley through the paper. I haven’t heard much. But Crested Butte town manager Dara MacDonald might have it worse with an even richer billionaire. She is trying to figure out how to get the owner of Amazon, Jeff Bezos, to answer her about how to have his company not drop a ton of packages every day at the Crested Butte post office. You see, if Amazon orders were dropped at people’s homes instead of the PO like in most of the rest of the country, his customers would be more satisfied, and the town would be less stressed as our residents have to stand in an hour-long line to pick up their parcels. For some reason, neither billionaire seems interested in calling either of us back. Shocking!

Make no mistake, both these guys have major bank so they might have other things on their mind than our piddly community here at the end of the road. As impressive as Mark Walter’s net worth is — he was tied at number 665 (out of 2,668) on the Forbes 2022 billionaire list of richest people in the world earlier this year with $4.3 billion dollars— Bezos is number two after Elon Musk with $171 billion. I suppose Jeff has a lot on his mind like how to maybe land on the moon in one of his phallic rockets. And Mark is probably busy gearing up for an end of the season run for a World Series ring with his Los Angeles Dodgers or working on his English accent so he sounds authentic when dealing with the Chelsea Football Club of which he is a part owner.

Oh well…I’ll keep throwing the offer out to Mr. Walter to see if he has 15 minutes to talk local restaurants, vacant land and buildings, future hotels and employee housing. My number is 349-0500, extension 109. I would love to help him get his ideas out to the rest of the community that he is part of now. And Dara is probably waiting by her phone at Town Hall for a call from Mr. Bezos. In case Jeff is reading this, her number is 970-349-5338.

Now I suppose I should be careful writing about rich fellas. Several people have asked me if I’ve been watching the drama at the Aspen Times. The former standard bearer for ski town newspapers has imploded so quickly and so badly this summer that no one would be surprised if it ceased to exist as much more than a thin pamphlet before the end of the year. The paper’s sad demise started when reporters, columnists and letter writers wrote about a rich but apparently thin-skinned Russian guy who got his hackles up and sued the Times. That started a chain reaction of fear and loathing in Fat City that turned a community against its once main communication outlet. Bad journalistic decisions made by the West Virginia-based newspaper conglomerate that owns the Times and that apparently has no idea about local Rocky Mountain culture has destroyed the paper’s reputation. Watching from this side of the West Elks has been interesting and the demise has come quickly and with a lot of drama. You can read about it in the NY Times or the Atlantic. I for one am thankful we aren’t seeing that happen here…unless Mark or Jeff takes offense at my editorial and decides to sue me for mentioning how rich they are.

Speaking of rich…there is a financial situation with the local fire district that I am sure no one, including the district officials, wants to see right now. And it’s not a lack of money but the fact it has a boatload of cash sitting in a bank.

While I am super appreciative of what the local firefighters and EMS people do for our community — and I’ve taken the ride to GVH under their excellent care and am thankful they are here — people could rightfully be tweaked that the CB Fire Protection District board of directors has $29 million in the bank. It’s not Walter or Bezos money but it’s more than most have in their savings account. The $29 million is the bond money approved by voters to build a new safety campus in CB’s Slate River subdivision. I was never a fan of the district plan for a giant 30,000-square-foot fire station, a 10,000-square-foot search-and-rescue building and a fourplex of affordable housing in that spot but I lost that argument when voters approved the bond issue to provide just that last November. Things turned when the CBFPD board got offended after the town of Crested Butte pushed them for some climate sustainability measures and the affordable housing to be included in the first phase of the project. The CBFPD board picked up its plans and said ‘so long’ to the town. But they had no definitive place to go and so now they have a bunch of money in the bank and this year will pay back $1.7 million with no solid plan on when, how or where to build their new facility (see story on page 16). They’ve spent about a million dollars of the bond money on architects, planning and some land acquisition, and I assume they’ll have to do most of it again when they find a place for their new campus since the old plans were for the town property.

I am sure no one, including the board, is happy with that much money in the bank but it is what it is. The $1.7 million they’ll pay in interest and principal this year would have paid for a nice fourplex of workforce housing. And let me be super clear — I like and appreciate the people that sit on that board and those that work in the district’s administrative offices. They’re good people with good intentions and have always been super easy to work with. But it sure feels like that big bank account is indicative of a big blunder and maybe moving too fast without a Plan B in place. Still, they always call me back, unlike…

That brings me to upcoming bond issues. Those putting issues on the November ballot likely will have a hard path ahead. I’m thinking of the Gunnison Watershed School District and the Met Rec District. Rising property taxes — and they’ll likely rise considerably next year given new valuations that will come out based on this spring’s real estate boom — are making it harder for working class people with property (not people like Mark or Jeff) to keep living here.

Proponents of both measures will need to make strong arguments and given the difficulties the fire district has had with things like inflation and volatile construction costs, financial accountability will have to be buttoned up with solid plans and definitive goals that make the future path crystal clear. We are just entering the election season so we can all expect to hear why we should vote to again raise our property taxes. Frankly at this early stage, I’m a skeptic but still have an open mind on both issues.

Speaking of open minds… There’s no harm in Crested Butte’s effort to relook at its vacation rental policy and while it’s early in an extensive process, some good points were made at the first public meeting to consider not upending the policy in its entirety. The current short-term rental regulations and limitations came from a long, sometimes contentious citizen task force process that ended with no one being completely happy. In government, that’s a good thing. The final ordinance was one of the first truly bold attempts in Colorado to deal with short-term rentals. The STR license limits cap vacation rentals at about 17% of the town’s overall housing stock but most importantly it provides a stable revenue source for affordable housing tied directly to the very thing many people see as a detriment to local housing. The excise tax on STRs should bring in close to $800,000 or $900,000 this year. Add that to what the town of Mt. Crested Butte is bringing in annually for affordable housing and there is real North Valley money that could be leveraged for significant workforce housing projects and maintenance. I have no idea what the right path is now or what the council will decide out of this current review process, but hopefully they are open to all outcomes…including smaller tweaks versus a complete rewrite. Let’s see what all the data and the community opinion shows.

In the meantime, I’m here hanging out by the landline waiting on that Mark Walter call…