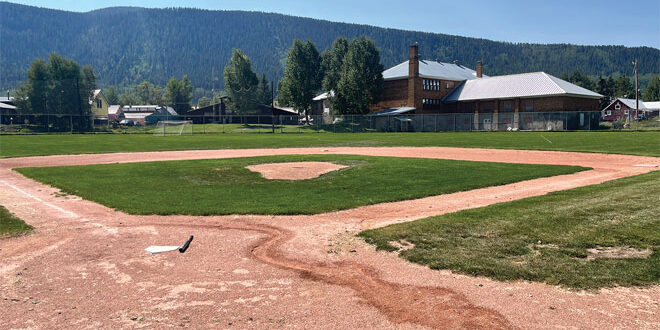 Town will look into the idea of Cooper Field

A group of local citizens is making a push to change the name of Gothic Field to honor former Crested Butte mayor Mickey Cooper and have the softball field located by the town offices called “Cooper Field.”

Led by Penni Ervin and her family along with former Mt. Crested Butte mayor and compatriot of Cooper, Joe Fitzpatrick, a formal ask was made to the Crested Butte town council at the September 6 council meeting. Council asked the staff to look into whether there is any formal policy and process to consider such a request.

“Mickey had done so much for this community,” said Penni Ervin who explained Cooper had passed away suddenly this past summer. “He was instrumental in things like getting the flag football program going for the kids. He and Joe helped get the area designated the Wildflower Capital of Colorado. He helped with the CB Academy. Both of his children, Jackson and Celine would love to have this done in the same way that the Tommy V field was named to honor a longtime local.”

“He was a big baseball nut,” added Dave McGuire. “He did a lot of coaching with the Babe Ruth league for kids. He was also very involved in the town softball league for a long time. I couldn’t think of anything better than to name Gothic Field for him. It would be nice to personalize it.”

Town manager Dara MacDonald said she was not aware of a town policy on naming parks in the town. Council was open to the idea but asked that she investigate further and see how it is laid out in other communities.