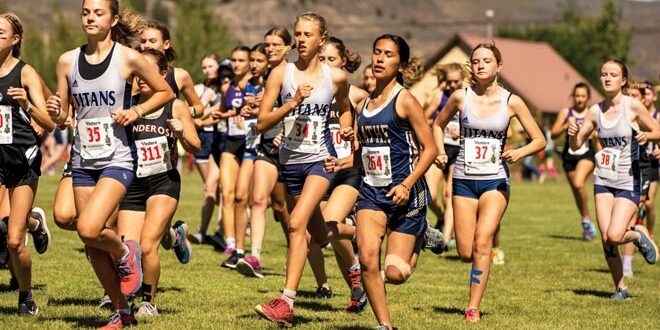 Running on home soil this Saturday

The Crested Butte Titans cross-country team had the unique benefit of traveling a mere 30 miles for their latest meet when they headed to the Mountaineer Cowboy Invitational in Gunnison on Saturday, September 17.

“It was nice for the kids to just wake up and drive down and meet us at the race,” says coach Shari Sullivan-Marshall.

The Titans had 14 of their 17 athletes line up for the race in Gunnison starting with nine total in the boy’s race. While those numbers do help bring a team aspect into the mix, it also provided a certain level of nerves for several of the younger runners on the boy’s side.

“It was the first time the entire team lined up as a team for a race which was great,” says Sullivan-Marshall. “It did bring some high nerves with it though for the younger runners and they got a little caught up in the fact that they were running in a varsity race. So, we told the freshmen to watch their mile pace through the first mile.”

Sophomore Jake Pendy led the way for the Titans. After missing out on the top 10 at the same race last year, Pendy ran 20 seconds faster this time around to crack the top 10 finishing in ninth place.

“That was his goal going in and he ran a smart aggressive race,” says Sullivan-Marshall.

Freshman Flint Hoyt crossed next for the Titans taking 45 seconds off his previous best time in a five-kilometer race. Freshman Cody Pleak ran solid splits throughout his race offering some insight for the coaching staff on his potential.

“He didn’t really slow up, so we know he has more in him,” says Sullivan-Marshall.

Sophomore Giles Billick was the last runner to score team points for the Titans shaving a minute off his time on the same course last year helping to push the team into fifth place out of nine teams, first among schools of a similar size at the meet.

Five Titan girls then toed the line with four freshmen and one junior carrying the Titan colors. Freshman Aubrey Laird had the top result among the girls placing 31st with freshman Josie Feier just behind her in 32nd place.

“It was great to see them work together and run really smart,” says Sullivan-Marshall.

Physical issues then flared up for a couple of the girls, but they stuck it out as freshmen Sophia Bender and Ilo Hawley added to the girls’ team score and Lilla Laird put together a strong effort as well.

“That was one of the strongest races I’ve seen Lilla run,” says Sullivan-Marshall. “They all persevered and found a way to finish. I think they all found something in themselves they didn’t know was there.”

The Titans race even closer to home on Saturday, September 24 when they line up in downtown Crested Butte for the high school race portion of the Elk Run 5k. Seventeen teams are coming to town with some as small as Lake City and as big as Eagle Crest with 50 runners on their roster. All told close to 300 high school runners will be on hand for the race.

“It’s a nice variety and should be really fun,” says Sullivan-Marshall. “It’ll be great to be on home soil and be a part of Homecoming.”

The girls race starts at the intersection of Third Street and Elk Avenue at 8:30 a.m. with the boys kicking off at 9:20 a.m. 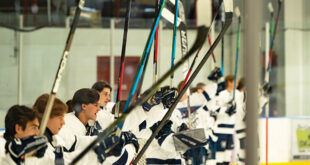 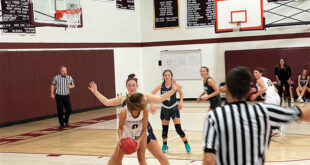 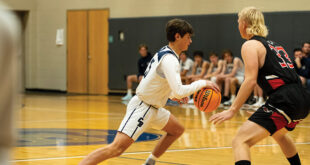 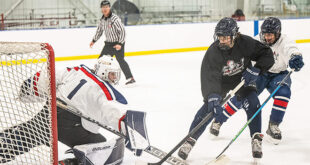