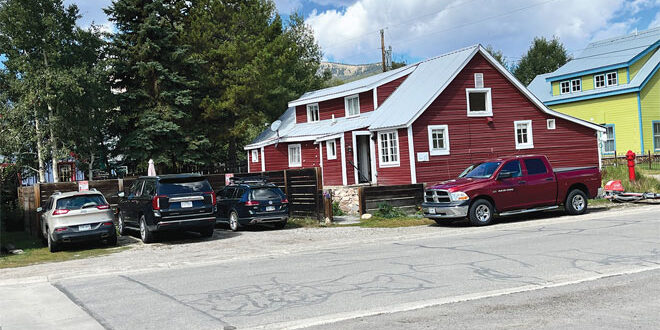 There is no silver bullet…

Several ideas, from the mundane to the radical addressing how to further tackle vacation rentals in Crested Butte are being thrown out for public discussion before the town council lifts a moratorium on such license applications. The ultimate intent of the council is to decide later this year on how to update the current short-term rental (STR) regulations that have been in place since 2017.

Ideas being considered as possibilities basically range from simply increasing enforcement of STR issues in neighborhoods, to significantly reducing vacation rental licenses or restricting any individual license to be valid for no more than five years before being forced to take a two-year break. The public is being asked to provide input on the vacation rental regs through an online survey available on the town’s website.

A second public meeting on the issue was held on September 13 that was attended by about two dozen people in the council chambers and another two dozen online. Town staff heard opinions to both shake up the current regulations as well as do nothing new and let the current regulations stand since many people say the regs are working well and Crested Butte is in better shape than most resort towns.

Town staff has also held a series of focus groups to gather input from various community stakeholders. The September 13 meeting was facilitated by strategic planning consultant Miles Graham who ran the almost two-and-a-half hour meeting. The so-called “problem statement” has been adjusted by staff throughout the process and is now presented as: Vacation rentals have been regulated in Crested Butte since 2017. In 2021, the Town Council placed a moratorium on issuing new licenses. To end the moratorium, Town Council has directed staff to evaluate and recommend improvements to the current regulations.

The “success measures” have also been revised to basically 1) acknowledge and consider the economic and fiscal benefits of vacation rentals, 2) determine the role vacation rentals play in Crested Butte’s housing stock and their ability to meet the needs of the community, and 3) evaluate community and neighborhood compatibility of licensed vacation rental use. In an anonymous online Menti poll taken by 47 meeting participants, all three success measures were determined to be close in priority with the economic benefits measure topping the list.

“I still don’t see what the problem is,” commented Charlie Slater. “This feels like it is being set up to be a solution looking for a problem.”

Responding to a staff comment, Todd Hegstrom asked if local hotels and lodges were complaining about vacation rentals in Crested Butte. Community development director Troy Russ said the town has not received any such complaints by local lodges but noted “it is an issue all over the country.”

Jimmy Faust asked why town was spending any time “trying to level the playing field” if the hotels and lodges are not complaining about STRs.

Lindsey Freeburn noted that in terms of economic impacts, the idea of having enough workers living in the area to serve the economy should be a part of the equation. “We need enough housing for workers, so they are connected,” she said. “There is no economy if no restaurants are open.”

“To expand on that, if people can’t afford to live here, then who will be here to shovel the roofs of the vacation rentals,” added Nicole Thomas. “There is a big connection to economy.”

Russ explained that the housing stock success measure was meant to address the need for more workforce housing in the town.

“One economic thing to keep in mind is that the excise tax on vacation rentals produces the revenue for affordable housing,” noted Mindy Sturm. “If that revenue is reduced or eliminated, how do you replace that for affordable housing? And also in terms of economics, I’ve heard in the focus groups that about 70% of STR revenue goes to local jobs like landscapers and cleaners.”

Russ said that metric was a consideration included in the success measures.

Wayde Koeman said workforce housing opportunities in places like CB South and Mt. Crested Butte should be part of any equation.

Blake Hawk expressed that he was an example of someone who came to Crested Butte, stayed in a vacation rental, returned several times and eventually bought a house. He said he is spending more fulltime hours in and getting more involved with the local community. That too could be considered a positive impact in economic terms.

“The main problem as I perceive it, is that there is not enough housing for those who want to live and work here,” said Nicole Blazer. “But if I lose my STR license I will lose my ability to stay here so I will probably sell my property and that will just add to the problem. It is not likely my house will become local housing and I’d end up without a house here. I am on board with restructuring some procedures and vacation rental regs. I could for example get rid of my hot tub that probably leads to some noise issues.”

“I too think that the regulatory framework needs beefed up and enforcement should not fall on the neighbors,” said Paula Martin. “I am struck by the number of people impacted by the noise that comes from these rentals. We need more infrastructure to enforce the regulations.”

Hegstrom suggested every vacation rental have a prominent sign located on the property letting people know who to call if there is an immediate issue.

“Don’t put the squeeze on smaller units,” suggested Candace Coen. “These rentals are the only way some of us can stay in town.”

Russ and his planning staff presented in detail potential alternatives to consider that might improve the vacation rental regulations. “There is no silver bullet,” Russ emphasized. “But housing is comprehensive.”

Planner Nick Catmur presented information on how other communities dealt with STRs. Some put a limit on the number of nights allowed to be used while others prohibited them altogether or slapped a heavier tax on the houses. He said some locations pay property owners to rent their units long-term instead of as vacation rentals, but he admitted that is not a sustainable plan.

What’s the real impact of the theoretical changes?

“A lot of these actions sound great on paper,” said Slater. “But they hurt individuals who have their home and investment in town. We all agree there needs to be more affordable housing but don’t look at your citizens as being the problem. Purposely taking action to lower property values will drive people out and the property will go to a second homeowner from California.”

“I should have bought a house ten years ago but if values go down now perhaps I can get in,” said Jess Ladwig. “If the two-year license break does that, I might be okay with it. Until more affordable housing building happens, we need to incentivize more long-term renting. This is a good step.”

“Making people take a two-year break from holding a license feels punitive,” said Mike Burke. “Why would that apply to people with STRs that have had no issues?”

“Why wouldn’t you incentivize people who run a good rental and rent to people that have good behavior?” asked Faust. “The two-year break really pulls the rug out from us. We’ve worked hard to manage good rentals so that would seem to be contrary to good business sense.”

Rob Quint said in terms of the three-strike suggestion, some people could frivolously file complaints to eliminate STRs in their neighborhood. “I also suggest that as a real alternative, the council be allowed to look at doing nothing,” he said. “The current rules seem to be working.”

Russ said in terms of complaints, the town would likely have to play a role so that the rights of license holders as well as neighbors were protected.

Sturm agreed with Quint that doing nothing was a valid choice especially as she is seeing the real estate market cool off. “Give it some time to see how this all shakes out with COVID ending,” she suggested.

“The market is telling us to take a breath,” agreed Coen. “Let’s see how the economy shakes out and not pit one owner against another. Let’s build more affordable housing.”

“Let’s not forget the issue of livability. I’m strongly in favor of reducing the concentration and density of STRs,” said Kat Carpenter. “And it is important to increase enforcement.”

“Everything discussed is an option. There is no unicorn solution,” said Graham. “No decisions have been made.”

“I encourage you to take the very, very long view so whatever changes there are to the ordinance they are here to stay for a while,” said Alex Richland.” It feels like uncertainty is an issue.”

The town’s public survey that can be accessed through its website, will be open until September 26. Council will hold a work session on the vacation rental issue at the October 3 meeting.